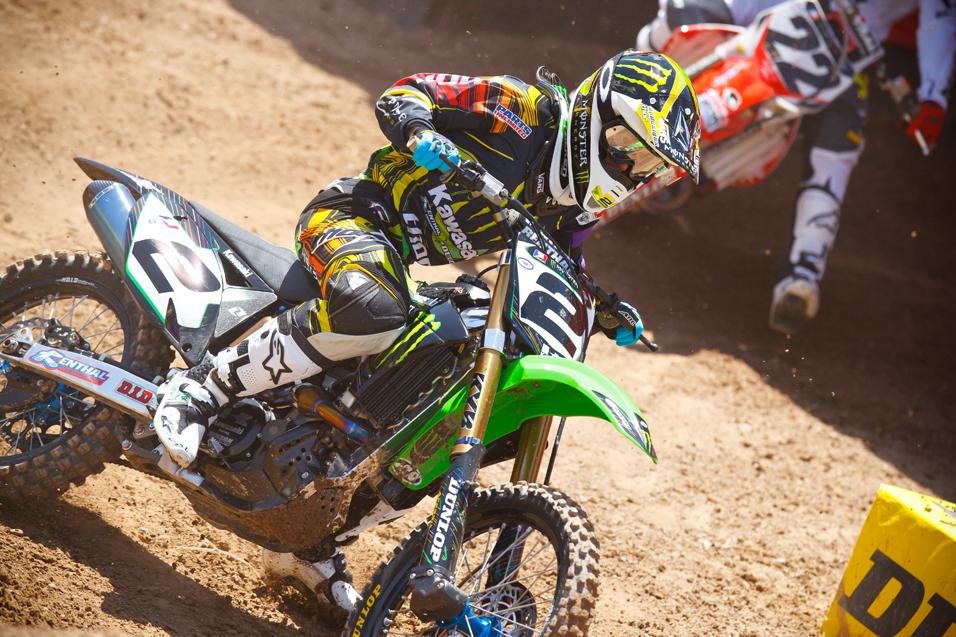 Advertisement | Advertise with Us
Sam Boyd Stadium Las Vegas, NV Las Vegas Monster Energy AMA Supercross Championship
At Anaheim 1, I ran into the Icon, 1983 SX Champion David Bailey. He wrapped up the event with a simple, “Score one for Aldon Baker. We’ll see what Johnny comes up with next weekend.”

James Stewart had been working with Baker since 2008, but then moved in a new direction for 2011 and picked up Johnny O’Mara. Baker then signed with Ryan Villopoto, making for an odd rivalry between the two trainers. After all, O’Mara was the one who originally brought Baker into this sport, recommending him to Ricky Carmichael ten years ago. There aren’t any personal issues between Baker and O’Mara, no doubt chasing the 2011 SX crown for two different riders put a whole lot of professional pride on the line. 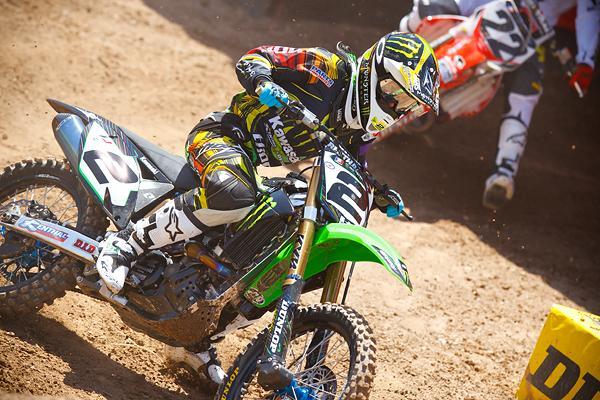 Villopoto hired Aldon Baker for 2011, who was once the trainer for James Stewart.
Photo: Simon Cudby

It’s just an example of how this season turned into a massive proving ground not only for riders, but for the personalities around them. Kawasaki, remember, chose to invest in Villopoto in 2009 and let Stewart go, and now that team would have to watch their current and former employee duke it out, with the team principals hoping their decision from three years earlier would pay off.

Kawasaki recently had a relationship with Reed, too, and that didn’t work out well at all. Reed walked away from his contract there, and now he had to prove he still had something left—and of course before long found himself battling for the title against Villopoto, his former teammate.

And before that, Reed raced for the San Manuel Yamaha team that now employs Stewart. Or does Stewart employ them? Not only did Stewart split with Baker, but by the halfway point his old Team Manager Larry Brooks was gone. Getting rid of Brooks made Stewart and Chad Reed friends for a brief moment, until Reed crashed into Stewart later that night, setting their rivalry ablaze once again. Beyond that, Stewart would have to race the second-half of the season in hopes of proving he could do better without Brooks. 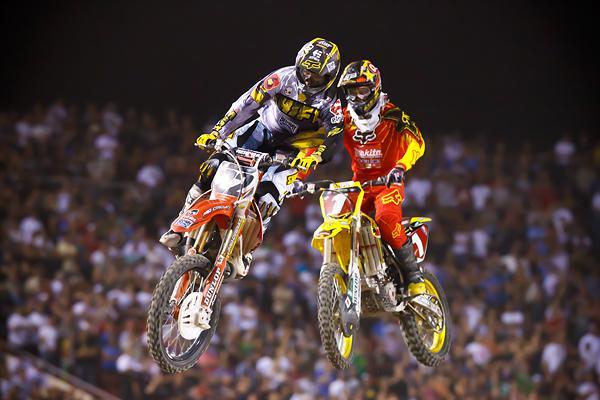 Reed got help from Honda after Trey Canard went down with a broken leg.
Photo: Simon Cudby

Somewhere on the other end of the pits, Ryan Dungey was struggling a bit, and he no longer had his old team manager Roger DeCoster around. RD was over at KTM, a team that will no doubt court Dungey for a 2012 ride. Dungey had to build a relationship with new Suzuki boss Mike Webb, all while chasing the points they lost early in the season.

Late in the year, American Honda Racing’s Trey Canard went down with a broken leg. The Honda squad then teamed up with Reed, a rider who they chose not to hire a few months earlier. It was just another example of the tangled web of personalities weaved into this year’s Monster Energy Supercross Championship.