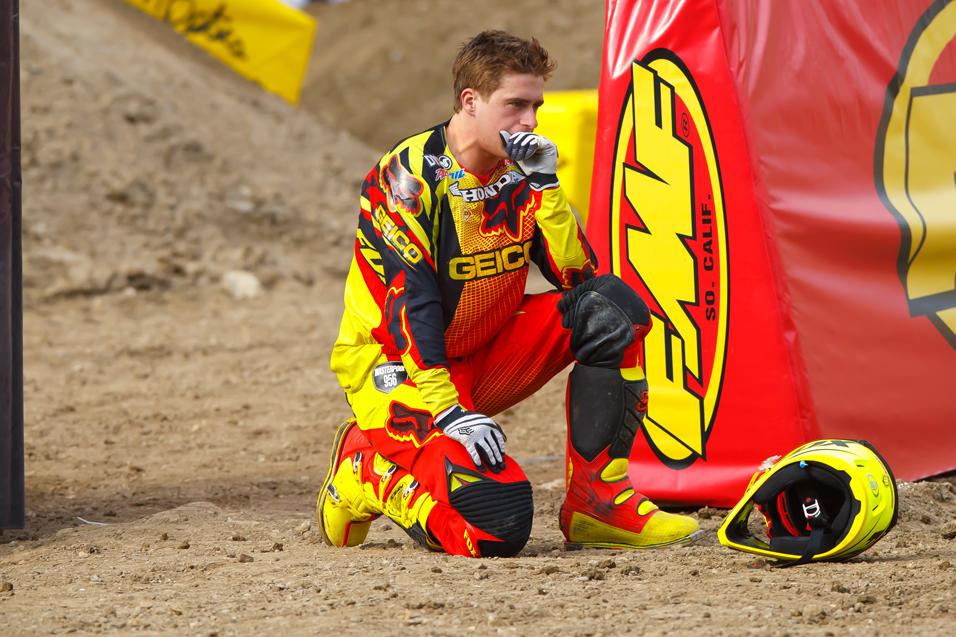 Jimmy Albertson – Knee
Comment: Albertson crashed on the third lap of his second qualifying session at Anaheim 1 and caught his leg under the bike. He underwent ACL surgery in late January but has just been released to walk. Should be back on the bike in May and ready to race Hangtown.

Jeff Alessi – Foot
Comment: Injury is almost healed, but will most likely miss the rest of SX. 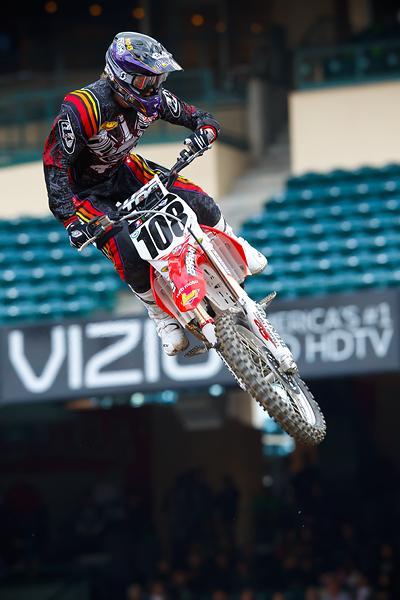 Expect Albertson to be on the gate come Hangtown.
Photo: Simon Cudby

Daniel Blair – Leg and Back
Comment: Fractured his femur and L4 and L5 vertebrae in a practice crash at Anaheim 2. In this video, Daniel discusses his crash, his injuries, and his future. Also, a PayPal account has been set up to help Daniel and his family. If you are in a position to donate, please click here. He also hopes to be back for X Games.

Matt Boni – Tib/Fib
Comment: Crashed at the Dallas SX and sustained a compound fracture to his tibia and fibula in one of his legs. Out indefinitely.

Justin Brayton - Back
Comment: Four sprained lower vertebrae. He has engaged in a therapy program and hopes to race on April 30 at Rice-Eccles Stadium in Salt Lake City.

Jarred Browne – Collarbone
Comment:  He had his left collarbone plated the Friday after the Dallas SX. His left kneecap broke in ten places and it is in a cast. His right wrist dislocated and broke. Hoping to return for the outdoors. 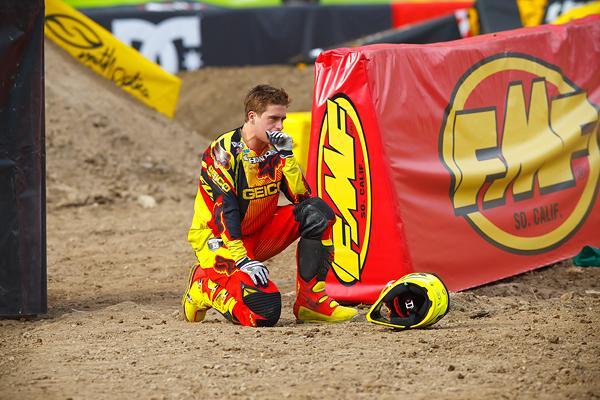 It has been a tough year for Wil Hahn. Hopefully he will be back soon.
Photo: Simon Cudby

Cody Gilmore – Shoulder
Comment: Dislocated his shoulder in his heat race in Seattle. Examined by Doc Bodnar and is hoping to be ready for Salt Lake.

Kyle Goerke – Wrist
Comment: Broke his wrist during his heat race in Jacksonville and recently underwent surgery. Out indefinitely.

Matt Goerke – Wrist and Pelvis
Comment: According to a TiLube Racing PR, Matt suffered serious injuries with a shattered left wrist and multiple fractures in his pelvis. “He has surgery scheduled for this week and will be out for the remainder of the Supercross season.” 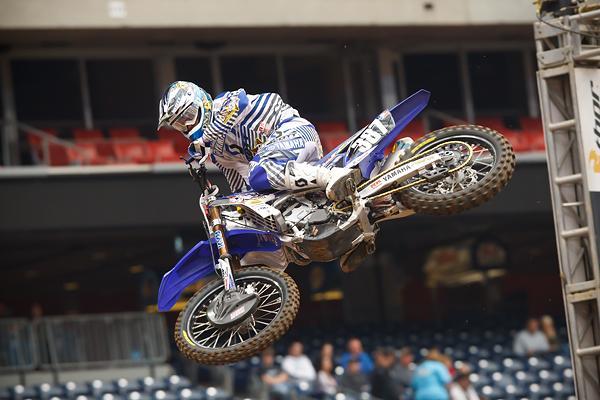 Swanepoel will make his return at Hangtown.
Photo: Simon Cudby

PJ Larsen – Wrist
Comment: Larsen crashed in his heat race in Dallas and broke his scaphoid (navicular) and another bone. Aiming to return for outdoors but isn’t sure.

Brett Metcalfe – Various
Comment: Brett has decided to forego the supercross series to spend time preparing for the outdoor opener at Hangtown. He is back on the bike and testing already.

Myles Tedder - Knee
Comment: Had his ACL replaced last December but should be ready for MX. 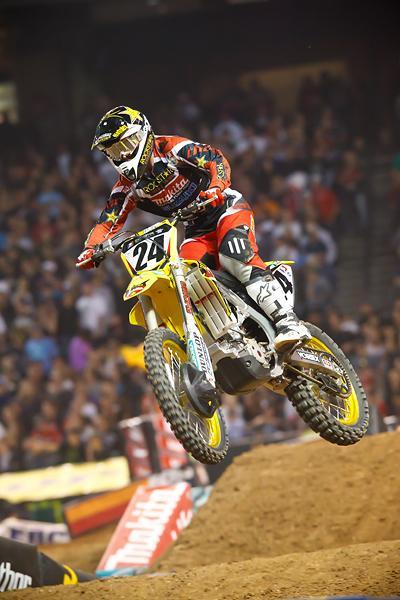 Metty is expected to return at Hangtown.
Photo: Simon Cudby