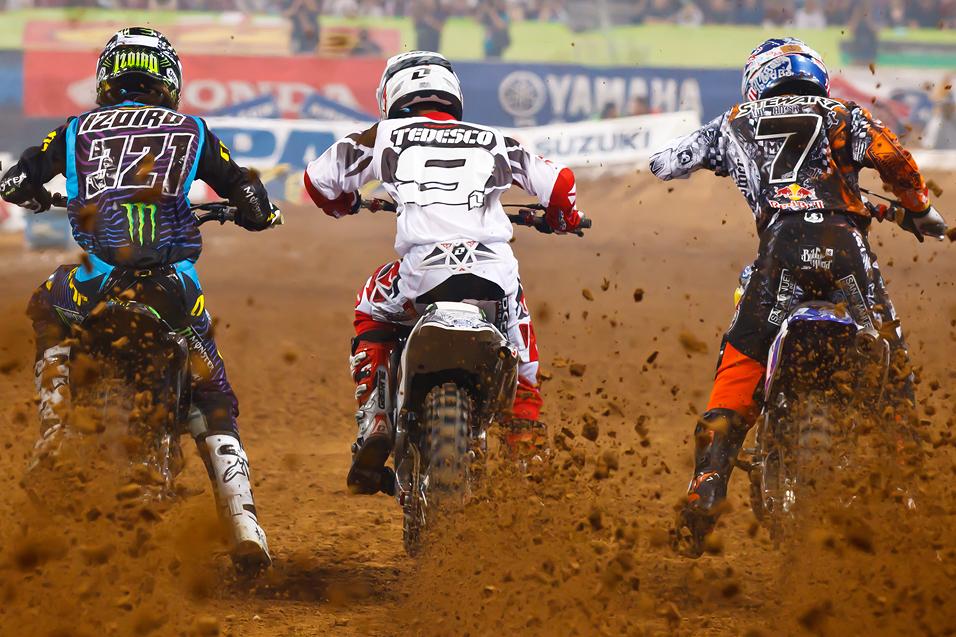 Yes, starts are always the biggest element in supercross, but in a year that has witnessed epic crashes, massive drama and unpredictable racing, it would seem like they don’t matter quite as much as usual. Last year, for example, the championship boiled down to two men, Ryan Dungey and Ryan Villopoto, but the duo almost never seemed to battle. One week Villopoto would get a start, take off and win while Dungey worked his way through the pack. The next week, Dungey would get the start and Villopoto would start further back. It took all the way until St. Louis for them to get off the gate in about the same spot, which is why that race hosted their first—and only—big battle all season. 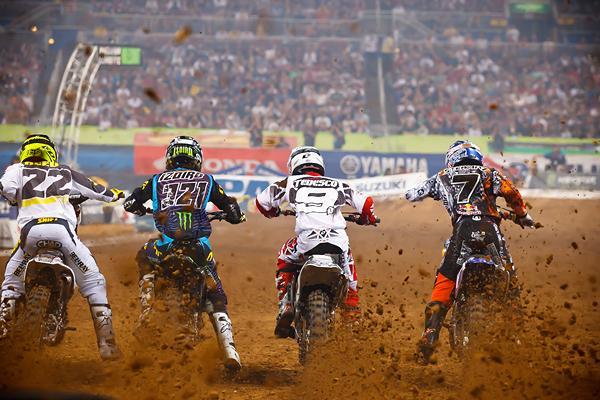 Starts have been more important than ever this year.
Photo: Simon Cudby

This year, the entire field has mixed it up. Where Dungey and Villopoto rarely occupied the same piece of track last season, this year we’ve seen Reed and Stewart practically laying on top of each other twice, and Stewart and Villopoto did the same in Toronto. Crazy, wild, dramatic racing. No holeshot and checkouts here.

But the start is still key to it all. Trey Canard got out front twice in the last four races and won both times. Dungey got out front it Toronto and won it. Few times has one of the “Fab Five” contenders actually managed to make a pass on one of the others and won the race—this weekend, Stewart actually passed Dungey on lap one before grabbing the lead from Ivan Tedesco and heading to victory. Way back in Los Angeles, round three, Villopoto passed his way forward to snag a win, but even then, Stewart went down while Villopoto was pressuring him. In Oakland, Villopoto went down while leading. In Atlanta, Stewart led early, got passed, got the lead back, and then…you know what happened. In Daytona, Stewart got the lead, and you know what happened there. 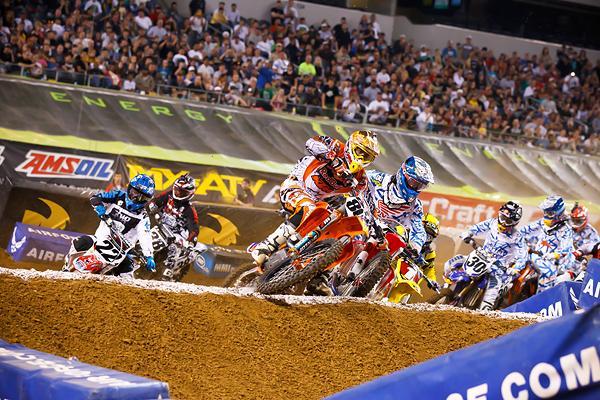 In Dallas Canard got a good start and the win, while in St. Louis he got a bad start and fifth.
Photo: Simon Cudby

The list goes on. And the pressure goes up. With each of the five title contenders so locked in at this point, it would be hard to believe one of them can start outside the top five and work his way into the lead. Just look at Canard’s race over the weekend in St. Louis.

With so little room for error over the last three rounds, the starts have become even more important. There probably aren’t words to describe the nerves these riders will be dealing with when the 30-second board goes sideways at these final races. Yes, there are three races and four weeks left in this championship. But the whole year may just boil down to what happens the very second the gate drops.