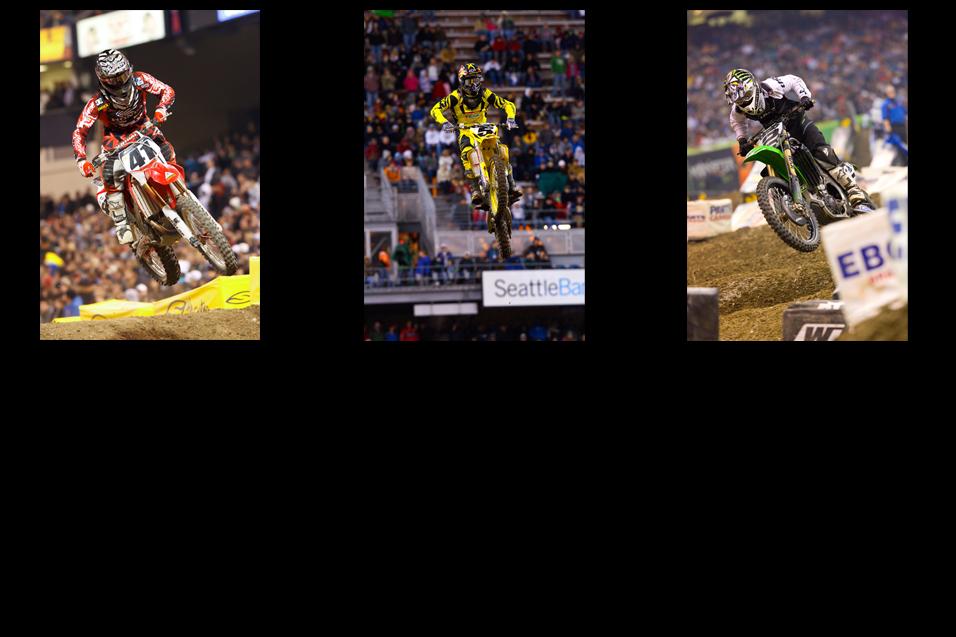 In yesterday’s Yoshimura Redux, I followed a centralized stat to prove there’s a new level of competition in Monster Energy Supercross. In the last three seasons, three rookies have broken through to win multiple races. Ryan Villopoto won two in 2009, Ryan Dungey won six in 2010 and now Trey Canard has won three in 2011.

That has never happened before? Never. The series has never produced three-straight seasons where rookies won multiple races. In fact, very few first-year riders have ever won more than once.

Broc Glover won four races in 1980. Damon Bradshaw won five in 1990. Jeremy McGrath won ten (and the championship) in 1993. Kevin Windham actually won a race before his full rookie season in the big class, taking the 1997 Charlotte Supercross while still racing 125 West, and when he did move to the 250 full time in 1998, he delivered two wins. 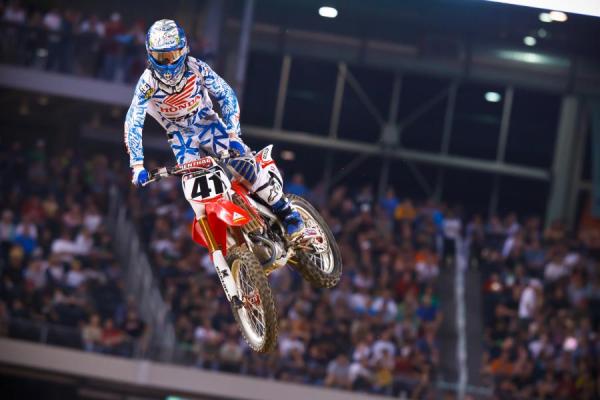 Canard is the latest in the line of rookies to reach multiple wins in their rookie years.
Photo: Simon Cudby

David Vuillemin raced part of the 1999 season on a 250 before heading back to the GPs. He returned to the U.S. for his first full season in 2000, and won four races.

Finally, Chad Reed won a whopping eight races in his rookie season of 2003, and James Stewart won three in 2005.

Through the first 35 years of AMA Supercross, only seven rookies won multiple races. Now in the last three, we’ve seen it happen in three consecutive years.