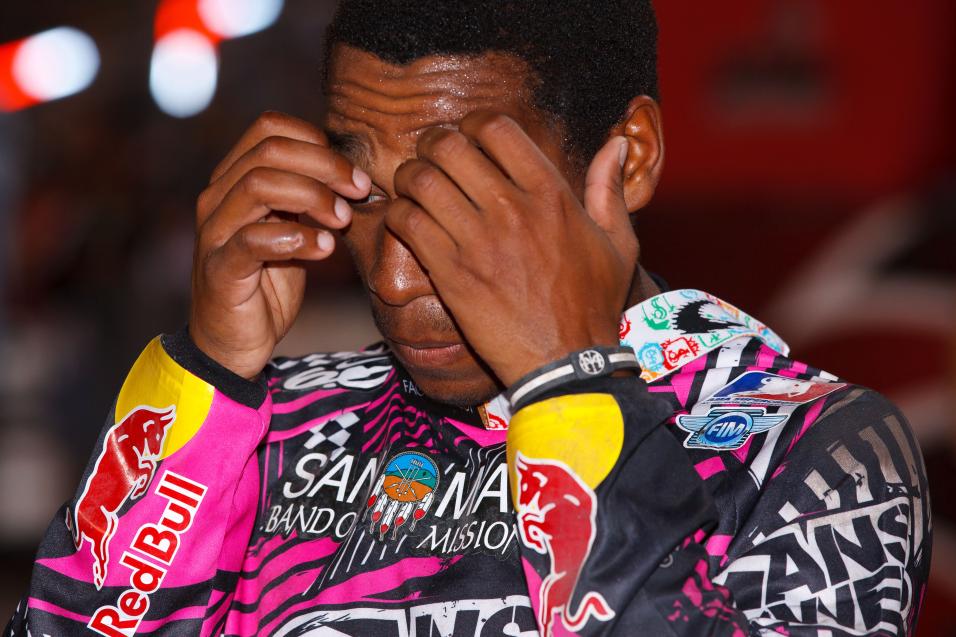 Advertisement | Advertise with Us
Daytona International Speedway Daytona, FL Daytona Monster Energy AMA Supercross Championship
It’s easy to define what changed the race on Saturday night at Daytona. James Stewart, pulling away with the lead, went over the bars and crashed. That moment, obviously, changed the race and the season. But does it indicate something bigger?

Back in Anaheim 2, Stewart checked out with a big lead and victory on a technical track. Four races into his comeback from a lost 2010 campaign, it looked like he had finally hit his old stride. He was fast, he was spectacular, he was dominant, and he left with the points lead.

His big win there could have shifted momentum in his direction. But since then, four more races have passed, he’s been shut out of victory lane, and is now 23 points behind Ryan Villopoto. 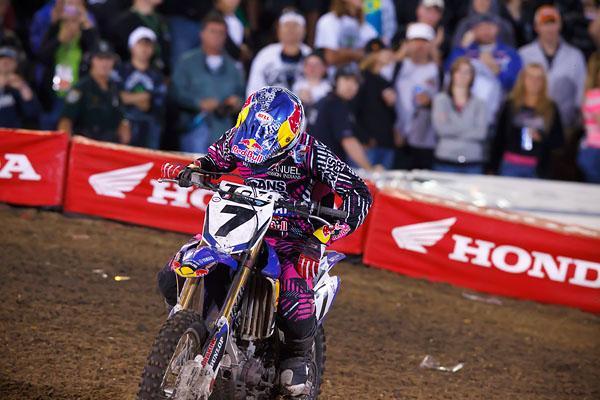 Stewart was clearly dazed after a big get off at Daytona.
Photo: Simon Cudby

In 2009, Stewart started the season in a huge points hole after crashing out of the Anaheim opener. In 2010, he crashed out of the series altogether. At the beginning of this season, Stewart claimed he would not change his classic win-or-crash style, but it actually looked like he was trying to ride smarter and more consistent in the races. His San Diego ride in the mud was clearly designed to minimize the potential for disaster. His rides at Anaheim 1 and Phoenix were built on this strategy, as well.

But despite all of his efforts to avoid losing big chunks of points, he’s in his biggest hole yet. If he’s going to win this championship, he’s going to have to win a ton of races in the second half. It’s win-or-crash time, again. And in Daytona, he crashed.