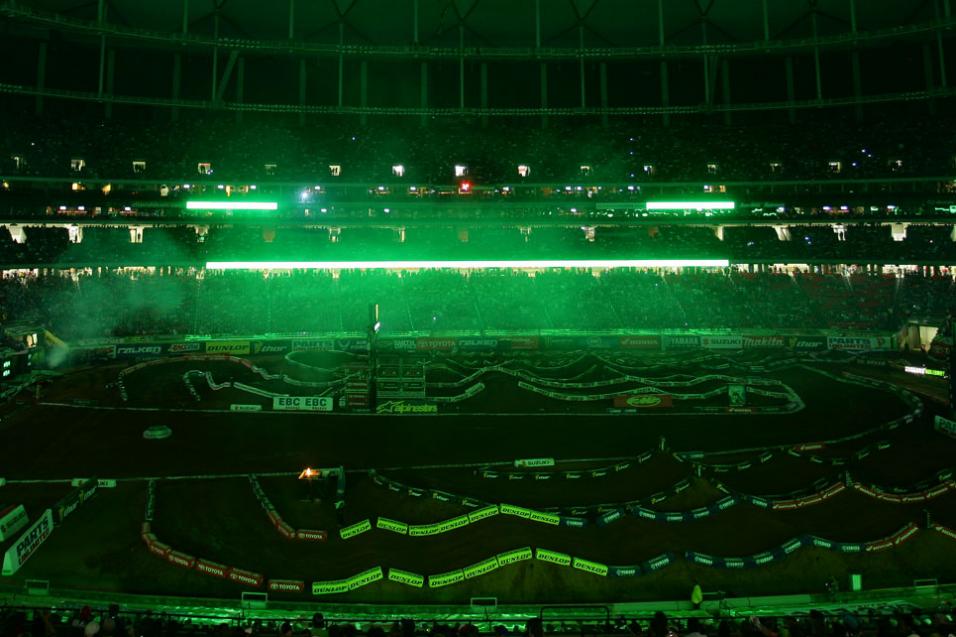 How do I unlock my hips? It seems to be the reason I was never a champion. Ryno's critique on Chad Reed's riding technique was rather interesting, to say the least. All I know is I just ordered up some Ryno urine, Ryno Organic chick peas and got my hard cover of Don’t Stop the Swagger. Night show, here I come.

Don’t worry, Joe, I never figured out how to unlock my hips either, as it turns out. One thing about Ryno is that, right or wrong, he believes what he is saying is fact. I’m not sure if unlocking your hips or eating organic Horny Goatweed is the answer to being a faster dirt bike rider, but I’m certainly not going to argue with him about it. If he ever wakes up one morning and decides the sky is purple, buckle up. He is going to be out in force preaching the good word of purple skies until he has a flock of converts. That passion, drive and self-confidence is probably what made him such a great rider, but if he wants to think it’s got something to do with untouched Chinese Yum-Yum roots and some sort of loose hip syndrome, well, I’m not going to argue with him. See you in a night show soon.

I fear you’ve been punk’d in silico. You see, I’ve been playing a lot of Mad Skills Motocross on my iPhone. It’s really fun, but there is something strange about it. Over the past few days, I’ve broken about 552 frames from flat landing the bike after hucking it 300 feet. In my decades of riding/racing, the only frame fold that I’ve witnessed was chronicled in your excellent DVD, Motocross 101 by David Pingree. Ergo, I think some clever guy at the Racer X headquarters paid to have that “feature” built into the game. (I can just hear them in Morgantown – “@#$@#$%!...I just Pingree’d another bike…”) You need to find out who got you and then deliver a swift-but-silent karate chop to the windpipe.

P.S. My money is on Weigandt – that guy is shifty.

So it isn’t just me? I’ve been quietly wondering if that was some sort of passive/aggressive jab at my misfortune that night. I can’t even play Mad Skills without rolling all the jumps because every time I OJ something and snap my forks off I end up tucked in the fetal position under my bed having some type of Vietnam flashback. It probably is that Weigandt fella; he is a sadistic bastard. A karate chop is nice, but I might have to take a cue from Chuck Norris on this one and go with a roundhouse kick to the trachea. Now all I have to do is Google ‘Roundhouse Kick’ and then learn how to perform one like a ninja. Thanks for the heads-up, Mark.

I am a girl (well..‘ole girl’ now)…who has always been athletic and has always liked watching moto/supercross. A good friend of mine races and I go to the track with him to watch his motos. We talk strategy, skill, style and what it takes to be a great moto/supercross rider. My favorite part of the weekend is when we settle down in front of the 62” plasma with our alcoholic beverage of choice and watch the latest round of supercross.

Only one aspect of supercross interferes with the perfect evening: when those Monster girls crash my party. My friend stops in mid-sentence whenever a Monster girl shows up in all of her 62” hi-def glory. He used to be polite and pretend that his mid-sentence pause was to watch the scrolling list of rider positions on the top of the screen or to take a swig of his Bud Light. However, now when those tramps make their inevitable appearance, he can’t hold back. It started as a little noise under his breath, then grew to a comment here and there and until finally this last week, after the camera man made sure we all understood what shrunken leather does to breasts, my friend spewed a rant about ‘bustiers’ and ‘thigh high boots’ like he was Joan Rivers giving a rave review on the red carpet.

Bitter? Perhaps. Look, when I was 26, I also had an ass that could make a ‘D’ class rider do a Justin Barcia rear-fender-whip double take. Now, though, not so much. As a result, I am working hard to stave off a bleak future riddled with cats and book clubs, and these Monster card bitches are messing with my progress. I don’t need this weekly reminder to switch to light beer and go to the gym and I sure as hell don’t want my friend reminded of that fact.

I’m sure you’ve been waiting for my ultimate point and question, so here it is: how about giving us ole girls a break? Just like you guys celebrated the old supercross champions this past week, how about we celebrate us women who fall into the 40-plus range and actually remember the first release of Thriller. How about we get some vintage Monster girls who wear spanx instead of leather and who will cause a collective man cave cry across America for the return of analog television. I want to see a real woman out there, one that can actually count down from 30, who will carry the torch for us mid-life phillies on the end of our smoldering Malboros and who will cause my friend to turn to me and say “Damn girl, you look good for your age,” before passing out.

PS: Don’t cry for me. I’m armed with a good pair of tweezers and some kick ass face cream and I read somewhere that beer goggles cancel out 3-D goggles when my friend finally decides to upgrade that 62”.

I’d love to be on your side on this one, sweetheart, but you’re not painting me a very pretty picture in your story. From what I gather in your text you are a chubby, wrinkly, forty-something, beer-drinking smoker who may or may not have a disturbing amount of body hair. Have I nailed the pertinent facts as you stated them?

I don’t think we have any Mensa members out there holding the 30-second card up. And I know for a fact that the chitty-chat that goes on underneath the team manager’s tower on the infield between starts is not exactly cerebral think-tank content. But the fact that your Budweiser-marinated amigo, who it sounds like you are crushing on pretty hard coincidentally, actually pauses, mouth gaping, and stares at the screen in silence for 30 seconds at a time doesn’t mean that there is anything wrong with him. That is a visceral male response to that particular visual stimulation. And while all men would be able to use that 30 seconds to run to the fridge and grab another cold one if we used the “vintage” gals you suggest, I’m afraid the internet message boards simply could not handle that. Fans are already exasperated with the television broadcast, from what I read, and to replace the surgically enhanced teenage Monster girls with old-timey grenades would cause a meltdown crisis the likes of which we haven’t experienced here since the Three Mile Island incident. Nobody wants that, do they?

I’m not going to tell you that you should set down the booze and the smokes and go for a jog once in a while. I’m not going to do it. But if you aren’t going to make a change there you better keep the face cream coming and get to plucking hairs like you are readying a turkey for Thanksgiving. Because a lifestyle like that has a price and all the beer goggles, Spanx and makeup in the world won’t get you to Monster girl status when you have cirrhosis, lung cancer and a mustache.