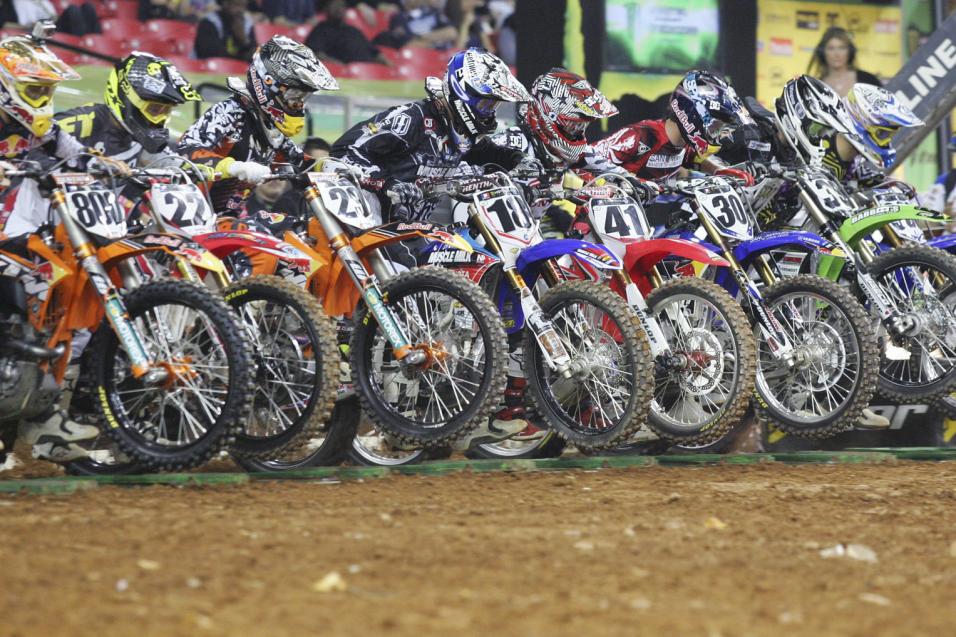 Round eight of Monster Energy Supercross from Atlanta was...we'll let's just say the dirty south lived up to the billing! The James Stewart-Chad Reed rivalry is back in full force after a short hiatus, and Ryan Villopoto left Atlanta like he had just stole something...oh he did, a win. But enough about the race, onto the lap charts, brought to you by Motion Pro.

Stewart reclaimed his throne on top of the lap charts with a blistering 46.752 on lap eight. Although Stewart left Atlanta without victory, he can take solace in being the Fastest Man on the Lap Charts. 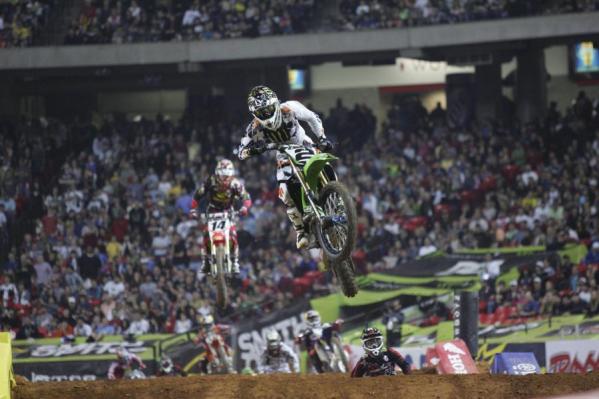 Villopoto was handed a gift when Stewart and Reed "got together".
Photo: Andrew Fredrickson

Wow, Christmas came about ten months early for RV2. Villopoto rode a solid race but, boy was he handed a gift when Stewart and Reed "got together." Either way a win is a win. By the way Villopoto set the third fastest lap of the night with a 47.207...this is Sign of the Lap Times after all.

The toughest rider of the night award goes to Brett Metcalfe. In case you missed it Metcalfe had a horrendous crash through the whoops in his heat race that left the Aussi with a little more that a slight bruise. Well Metcalfe gritted out a tough LCQ battle with Michael Byrne and still managed to place inside the top ten (10th). He only set the eleventh fastest lap of the night with a 48.898, but his gritty ride in the dirty dirty had to be mentioned. 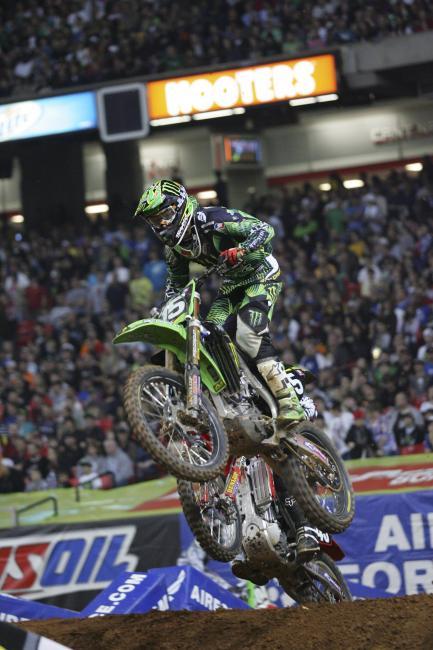 Rockstar Energy Suzuki's Jason Anderson is lurking in the shadows just waiting to prove he can run with the top guys. After a spectacular amateur career, Anderson has gotten off to a rather tame start to his professional career, which is expected out of a rookie in his first two races. But after setting the second fastest lap of the night in Atlanta, I think Anderson will be closer to the front of the pack, sooner rather than later.