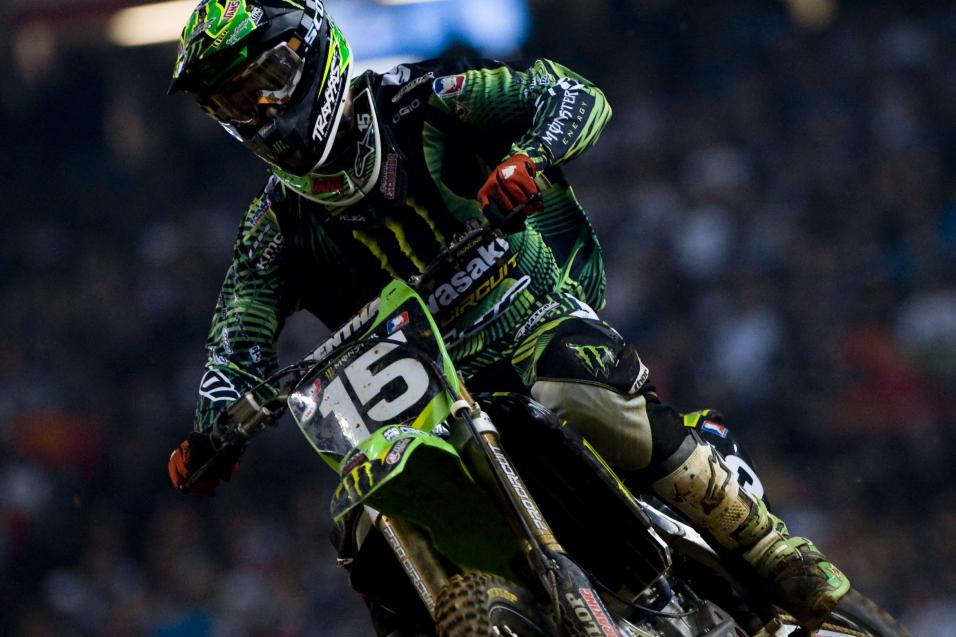 Advertisement | Advertise with Us
Georgia Dome Atlanta, GA Atlanta Monster Energy AMA Supercross Championship
When Dean Wilson crossed the finish line first at the Georgia Dome on Saturday night, it was a milestone moment for both the athlete and his team, Monster Energy/Pro Circuit Kawasaki. For Wilson, it was his first win in AMA Supercross; for the team itself, it marked the 200th victory in AMA Supercross/AMA Motocross—quite an accomplishment for Mitch Payton and company over the last twenty years.

Wilson's win was a study in what makes the Pro Circuit team so successful. Go back two weeks when he was “Barcia's bitch” (his own words) in Houston, allowing his rival from GEICO Powersports Honda to push him all over Reliant Stadium. Wilson knew he had work to do, and he spent the following fortnight focusing on speed and aggression—his Kawasaki KX250F race bike was never a problem. 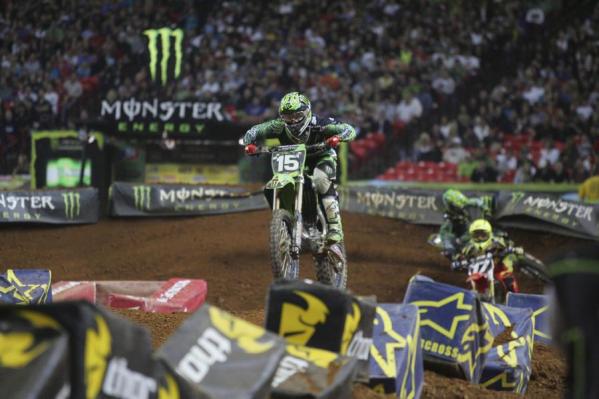 The Scottish kid, in his second year as a pro, started off well in fifth but was already behind his nemesis Barcia, as well as his teammate Blake Wharton, who had to transfer into the main through the LCQ. Over the course of the next fifteen laps Wilson methodically worked on moving up, never quite panicking, never quite riding over his head. He went past Ryan Sipes when he crashed, worked past Baggett and Barcia without incident, and then was gifted the race when Wharton fell down all by himself.

Throughout, Wilson rode as if he'd been to the winner's circle before. That's they way everyone is expected to ride on a team as strong as Monster Energy/Pro Circuit Kawasaki. After this race, that 201st win can't be far behind. 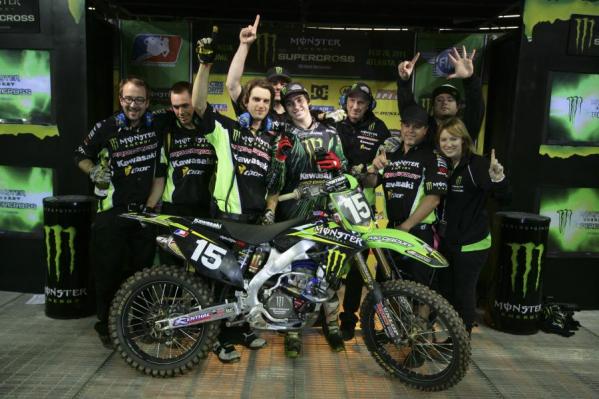