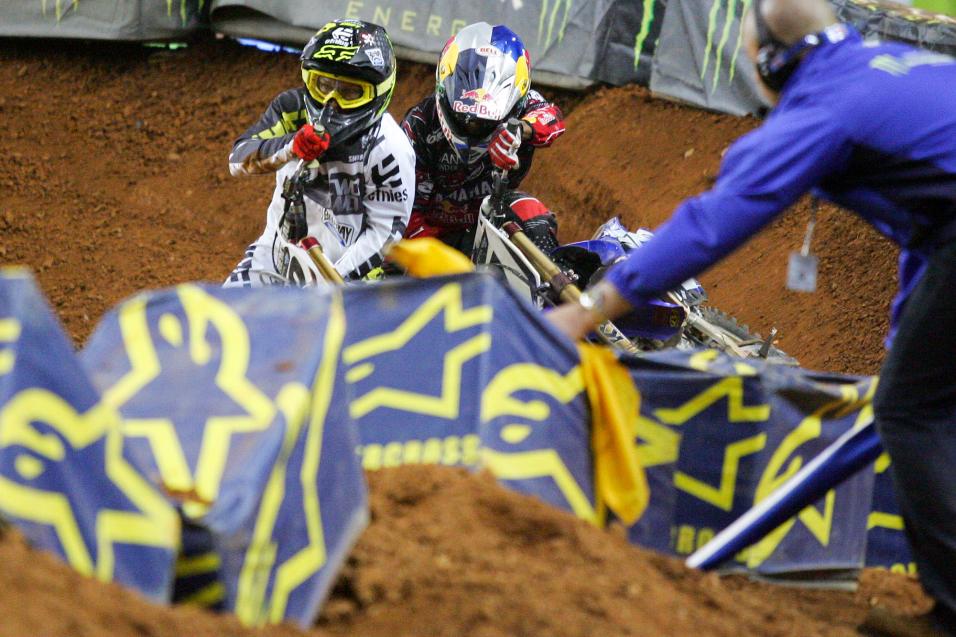 Advertisement | Advertise with Us
Georgia Dome Atlanta, GA Atlanta Monster Energy AMA Supercross Championship
It was hard to hear everything SPEED TV's Ralph Sheheen, Jeff Emig, and Ricky Carmichael said during the last two laps of Saturday night's incredible main event, but one thing caught our attention: “It's going to get dirty!” That was Emig, and he was spot-on.

Neither James Stewart nor Chad Reed likes losing, and for the better part of the last three years, Reed has done the bigger share of losing between them. So when their brilliant duel in Atlanta’s Georgia Dome came down to the waning moments and things started happening, the TV broadcast booth simply joined in the roaring themselves, along with some 60,000 other thrilled fans of Monster Energy AMA Supercross. 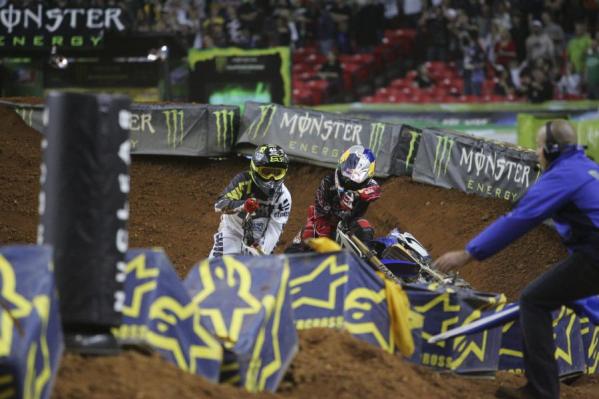 It got dirty in the sense that it was obvious from the beginning of the race that Reed would give no quarter to Stewart. Even though they had exchanged some friendly banter the week before—and Chad had done some tongue-in-cheek tweeting over the apparent end of Larry Brooks' tenure as the “L” in L&M Racing—the history between these two goes back to at least Unadilla 2002, where Stewart used a KX125 to pass Reed's YZ250F, slowed to wave him back by, and then took off and passed him again.

This time there was no waving past, but Reed made a mistake through the whoops and blew the cushion he’d earned with two laps to go when he got caught on the outside of Chris Blose in the whoops, then found himself in between a lapped Kyle Regal on the outside and his charging teammate Stewart on the inside. Stewart took the lead, the race seemed over, but then Reed fired back across the inside—and it all played out on TV. 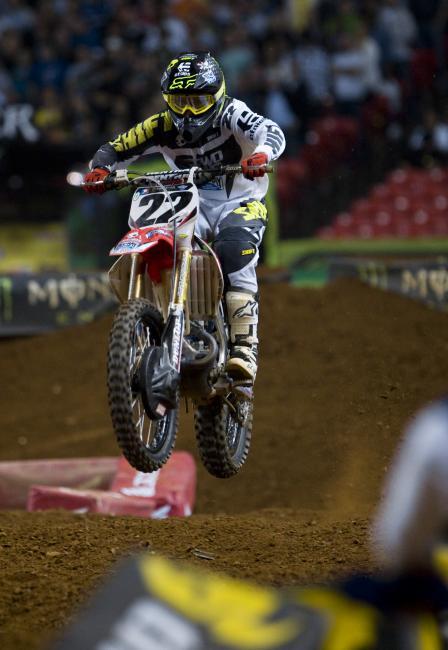 In the end, of course, Ryan Villopoto won. The series points leader wasn't even a factor, it seemed, until the shouting ended and he was the first man across the finish line. But the shouting wasn't really over, as Big James Stewart seemed to give his son an earful for leaving the inside wide open. Some may have frowned on that, but it was no different than a coach yelling at a player after a mistake on the field or being angry at seeing a game lost on a final dramatic play. This is motorcycle racing, and emotions can and will run high. That's part of the beauty of this sport.

So now what? Who has the momentum? Where's Larry Brooks? What will happen at Daytona? How dirty is it going to get?

If you're a fan of supercross, the answers themselves don't matter as much as the fact they we finally have some really good questions again!