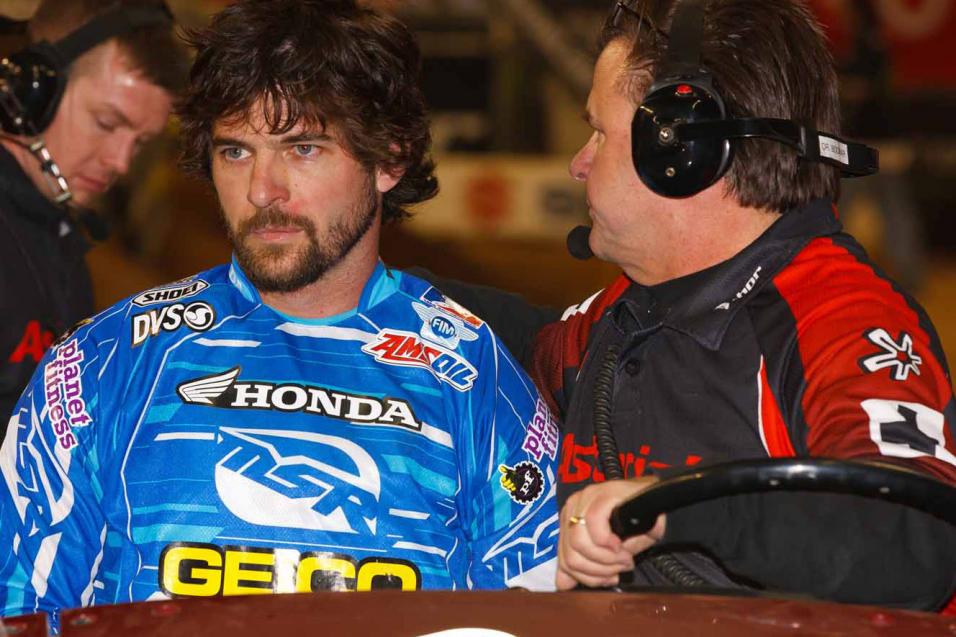 Jimmy Albertson – Knee
Comment: Albertson crashed on the third lap of his second qualifying session and caught his leg under the bike. It was initially thought that he broke his leg, but X Rays showed no broken bones.

Travis Baker – Finger
Comment: Travis broke his middle finger in half and lacerated his index finger open. The Asterisk crew stitched his finger and set his middle finger at the track. According to his team, he will be off the bike for four weeks, but he will be back 100 percent for Seattle.

Daniel Blair – Leg and Back
Comment: Fractured his femur, L4 & L5 vertebrae in a practice crash at Anaheim II. Daniel had a successful surgery on his leg, but they are still weighing out their options for surgery on his back. He will be bed ridden for several weeks. A paypal account has been set up to help Daniel and his family. If you are in a position to donate, please click HERE. 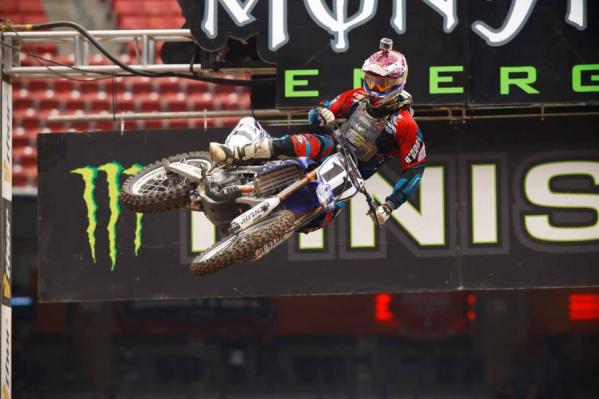 Kyle Chisholm – Bruised lung
Comment: From team manager, David Vuillemin: “He has a bruised lung and was sedated for two days with a breathing tube in his throat and two draining tubes in his lung. Kyle didn't break any bones or was in a coma like the rumors said, and he didn't get a concussion. He’s doing better every day.”

Darryn Durham – Foot
Comment: Broke a bone in his foot after colliding with Dean Wilson in their heat race in Houston. He may try to race Atlanta, but most likely he’s going to wait for Daytona. 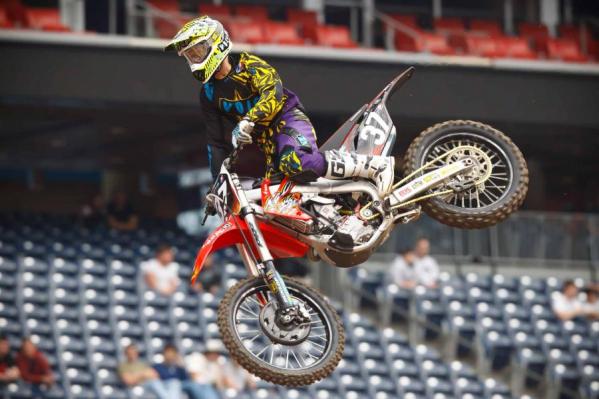 Durham may return in Atlanta after suffering a broken foot in Houston.
Photo: Simon Cudby

Josh Hansen – Finger
Comment: Broke his pinky at Anaheim 2 but still raced (and won) the main. He is still not 100 percent, but will race this weekend.

Tye Simmonds – Bronchitis
Comment: The JDR/J-Star/KTM rider will sit out the San Diego SX after being diagnosed with chronic bronchitis and pneumonia earlier this week. 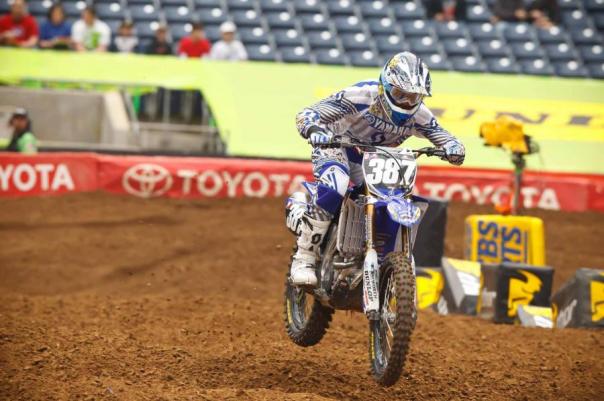 Swanpoel will be out up to four weeks after a crash in Houston.
Photo: Simon Cudby

Gareth Swanepoel – Back
Comment: Was diagnosed with a compressed T 12 vertebra after he crashed in his qualifying heat in Houston last weekend. Swanepoel will be out for four weeks.

Jason Thomas – Knee
Comment: Thomas will sit out this weekend’s San Diego SX round to rest his knee and make sure it is 100 percent to return back for next weekend’s Atlanta SX.

Kevin Windham – Ribs
Comment: After a nasty get-off last week in Houston Windham plans on racing at San Diego. "I'm gonna need to nurse my injuries and just fight through it," Windham said. "I want to get back to the level I was in Houston as soon as I can. The life of a motocross rider involves dealing with injuries and at this point in the year there isn't anyone out there that isn't banged up somehow." 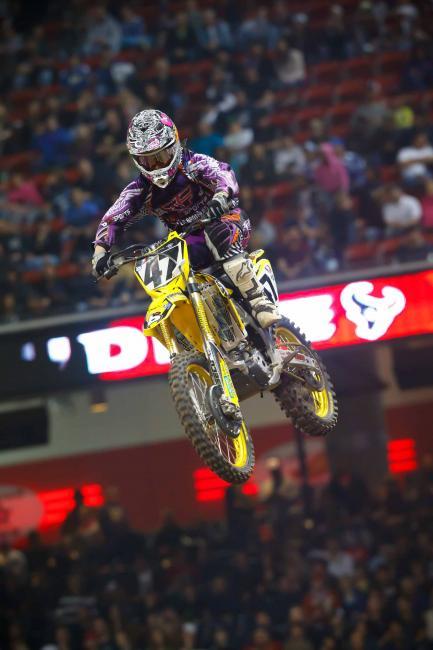 Thomas should be back for Atlanta after suffering a knee injury at Houston.
Photo: Simon Cudby