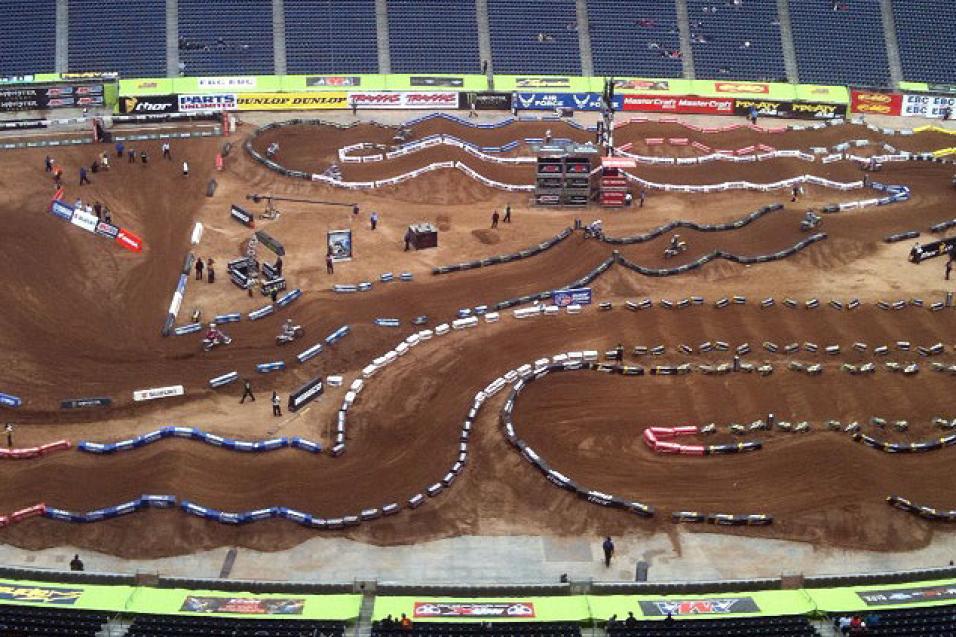 The track is tight, and the dirt is soft and rutted. A lot of the riders are saying it will be tough to pass out there, as a lot of the 90 degree turns seem to favor the inside only. The only section where riders have found an option is in the first rhythm lane, where Stewart, Villopoto and Dungey tripled onto the top of a table top, while everyone else went single and bounce to the top of the table.

The whoops are deep, but each section is short, and the whoops are evenly spaced, so they're not as difficult as the last few weeks.

Double mohawks for Shorty and Roczen. Roczen was just outside the top ten in his first SX class practice.
Weege photo

We've got the heavies from the Lites East here for their opening round. Lots of names to keep track of, including favorites like Justin Barcia and Blake Baggett, who won East races last year, Dean Wilson, who won two AMA MX overalls last year, and Blake Wharton, who won a race in 2009. You also have rookies like Jason Anderson, Ian Trettel, and Malcolm Stewart, and PJ Larsen returning from Australia.

Stewart was in the unseeded session, he looked fast but ran a 51 second lap, enough to land him in the top 10 overall.

In seeded Lites, Wilson ran up front early, but Larsen, looking motivated on his JDR KTM, grabbed the top spot with a 50.344. Then Blake Baggett put in a fast one and ran the exact same time--50.344. That's a tie for first! 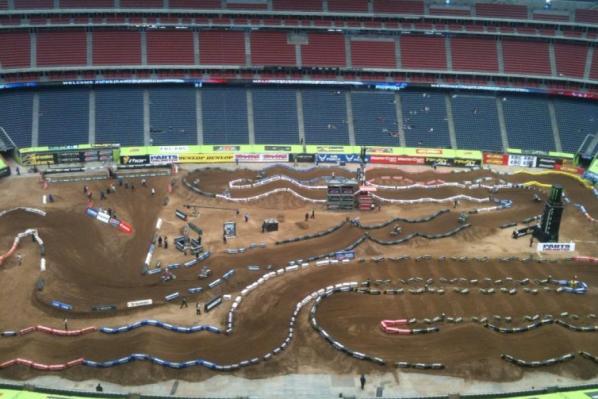