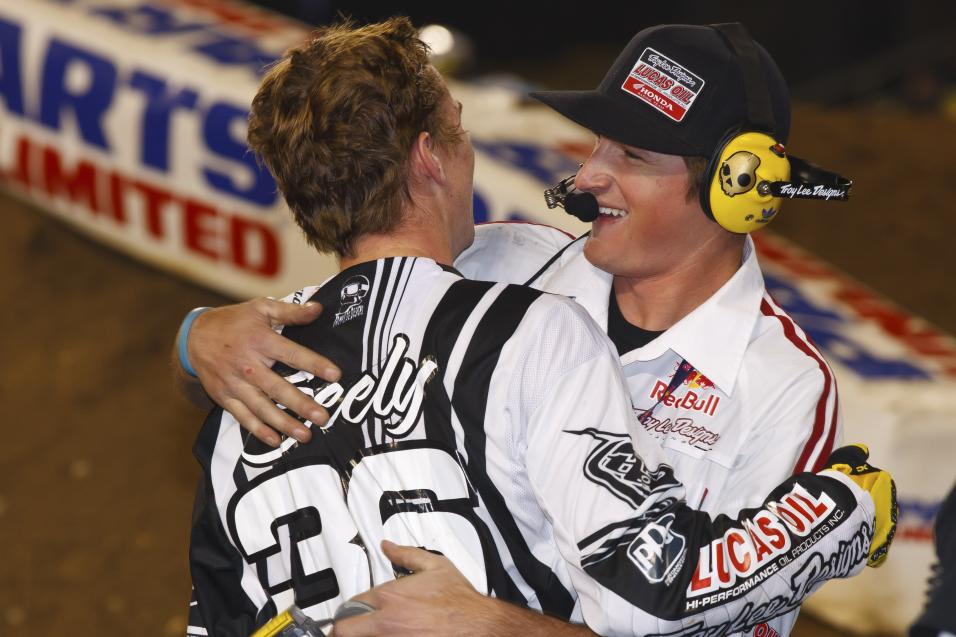 Add Lucas Oil / Troy Lee Designs Honda to the list of satellite Lites teams that have broken through and ridden to victory lane. Cole Seely sealed the deal with his LA SX victory over the weekend, and now it’s onwards and upwards for that team.

Perhaps. For this week’s Motorex Bench Racing Ammo, we’re looking back at some of the first wins for some other strong satellite teams of the past. Some are still kicking butt and winning races today, some are long gone. Surely Seely, Troy Lee and everyone else associated with that team are hoping they end up like the former, not the latter.

Peak Pro Circuit Honda/Monster Energy Pro Circuit Kawasaki: Mitch Payton and American Honda showed major forward thinking by starting this satellite 125 effort in 1991. Can you say “ahead of its time?” The striking blue and white CR125s looked cool, but no one knew what to expect, performance wise, for the first factory-backed but not full-factory 125 effort. Well, they won their very first race, courtesy of Brian Swink, on January 12, 1991 in Orlando, Florida. The squad switched to Kawasakis in 1993 and haven’t looked back since. 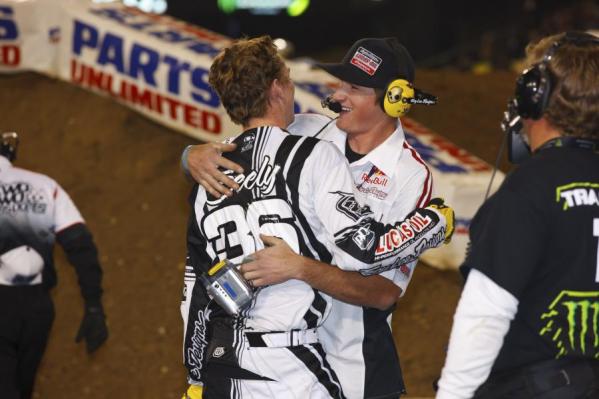 Honda of Troy/Yamaha of Troy: The HoT team, which later gained Yamaha factory support and became the YoT team, was a full-on powerhouse for nearly 15 years. Their first AMA 125 SX win came courtesy of Mike Brown, on April 9, 1994 in Pontiac, Michigan. By 1995, Brown was winning AMA 125 National Motocross races for the team, too, adding serious cred. Frenchman Stephane Roncada won some supercross races for the team, as well, and the Yamaha support resulted in more great rides from Ron-Ron, as well as Ernesto Fonseca, Chad Reed and others. Their last great moment came with Jason Lawrence’s 2008 West Lites Championship.

MotoWorld Suzuki: The Paul Lindsay managed squad grabbed its first win on May 9, 2003, when Andrew Short took the Vegas East/West Shootout on an RM125. Unfortunately, the team never quite got to the level of support enjoyed by PC Kawasaki or YoT, but they gave it a good run until closing up shop a few years ago. 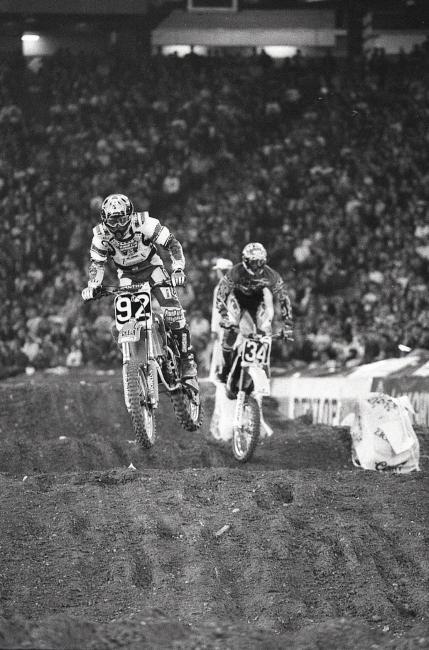 Brown was a powerhouse for HoT in the early 90's.
Photo: Davey Coombs

FMF Honda: Honda decided to farm out their 125 efforts again in 1998, this time with FMF. They didn’t quite have the win-the-first-race-ever magic that the Pro Circuit team did eight years earlier, but they did deliver their first win in year two, 1999. Brock Sellards won the Pontiac Supercross on April 10th. They scored a few more wins with riders like Casey Lytle and Michael Brandes before the team shut down.

Factory Connection/GEICO Honda: This started as a 250-class support team for Mike LaRocco, but inherited the Honda 125 slot from FMF. They landed their first AMA SX win on January 5th, 2002, with Travis Preston on board a CR125. The team is still going strong today.

DNA Shred Stix/Star Racing Yamaha: Star had been around supporting the Albuquerque, New Mexico Johnson family posse since 1998, but it grabbed Yamaha’s lites factory support from YoT for 2009. The squad got its first win last year in Seattle courtesy of Broc Tickle, and is still racing with full Yamaha support this year.