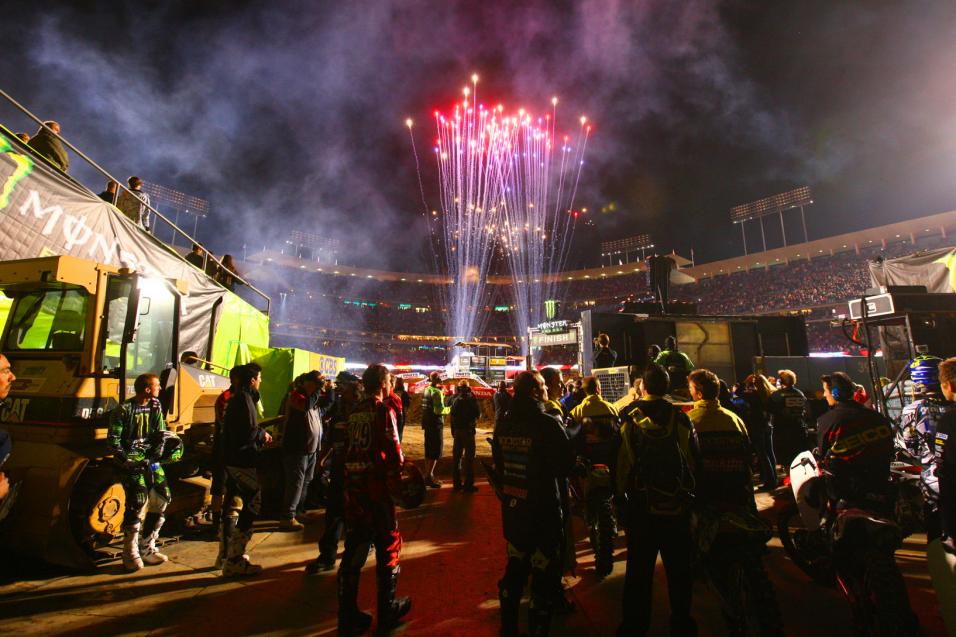 Monster Energy Supercross for 2011 delivered on the hype big time in its debut in Los Angeles’ Dodger Stadium, as fans were treated to a tremendous battle between the top contenders. In the end, one rider won the race convincingly, coming from the back of the group to the front to win. But as impressive and confidence-inspiring as that win was, his competitors also left the race feeling like they’re in the right position to win races and a championship as well—which hopefully means we’ll see more battles like this one.

With two early races to get the jitters out, most riders felt better on this night, for round three. Rockstar Makita Suzuki’s Brett Metcalfe grabbed the holeshot, but his teammate and defending SX Champion Ryan Dungey was off to a good start as well in second. Then Metcalfe washed out on the second lap and Dungey found himself leading a race for the first time this year. Last week’s winner, James Stewart, was right behind. 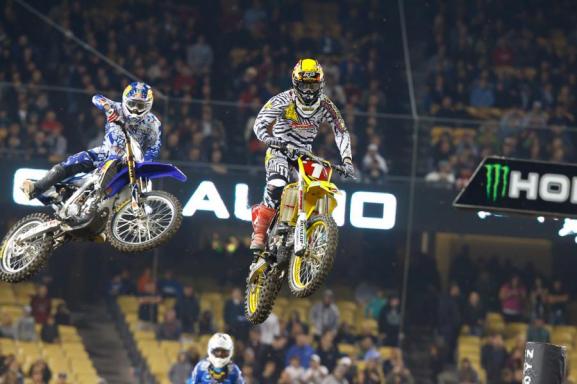 Dungey and Stewart haven’t been able to battle much, so this shaped up nicely with Stewart closing in on his San Manuel Red Bull Yamaha. Stewart drew alongside and made a pass, then Dungey got back by as they traded lines. Stewart finally secured the lead but Dungey worked hard to stay close. Behind them, all heck was breaking loose, as Kevin Windham ran up front, as did Trey Canard and Justin Brayton. Chad Reed went down on the first lap and was last, while Ivan Tedesco also crashed and wasn’t much better.

The racing kept getting better. Canard began closing on Dungey while Stewart opened up a small gap of about two seconds. Then Villopoto arrived on the scene, making aggressive passes. Canard blew a triple jump and had to double, putting Villopoto into third and all over Dungey, but then Dungey closed in on Stewart. Villopoto passed Dungey for second, leading to the wildest exchange of the night: Villopoto went for the lead on Stewart, they stood each other up in a few berms, then Dungey tried to take advantage and get around Villopoto, but nearly crashed doing it, opening the door for Canard to take over third. 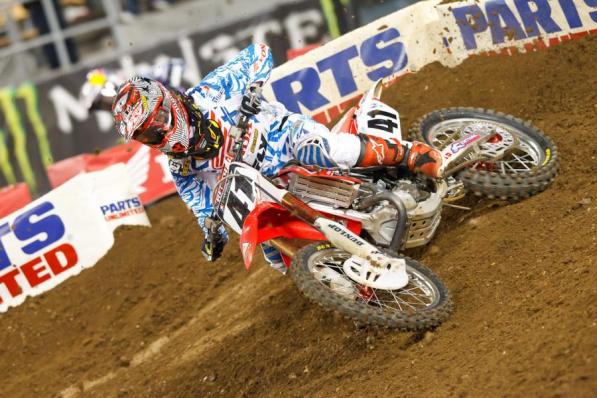 Trey Canard overcame an absolutely massive heat race crash to win the LCQ and battle with the lead pack throughout the main.
Cudby photo

And at the end of that lap, Stewart washed the front end in a berm and threw the lead away. Villopoto had gone from outside the top five into the lead. 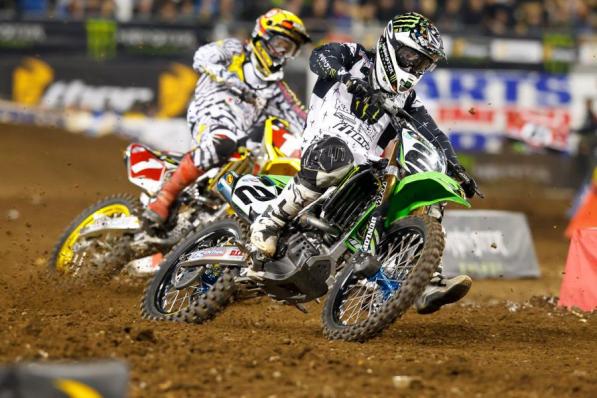 Villopoto did not get the start, but he put in a mean charge to get to the leaders.
Cudby photo

Stewart picked it back up in fourth. Took him a few laps to get going, but he rallied late to pass Canard and Dungey, and even close down on Villopoto down the stretch. But Vilopoto had it under control, and held on for his second win of the season over Stewart and Dungey. Amazing, amazing racing.

After the race, Stewart and Dungey were bummed on missing out on the win, but they both carry the confidence that they can win next week. 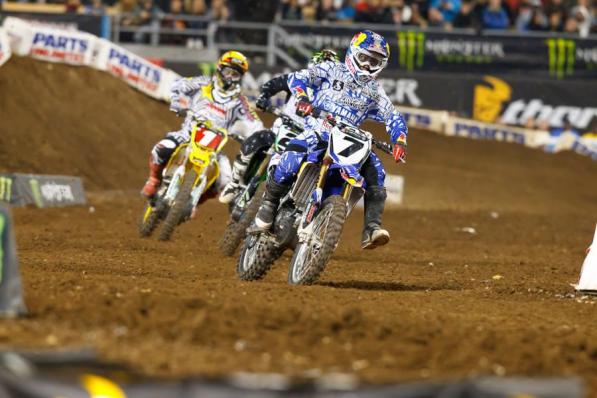 Near the halfway mark, it was this close.
Cudby photo

The Lites class may have been harder to predict than the SX class, as Cole Seely led wire to wire for his first career SX win—and the first for his Lucas Oil Troy Lee Designs Honda team.
Seely grabbed a rare holeshot but faced heat from Josh Hansen early. Then Hansen ran it in on Seely in a corner and stalled, pushing Hansen, the Lites West points leader, to last 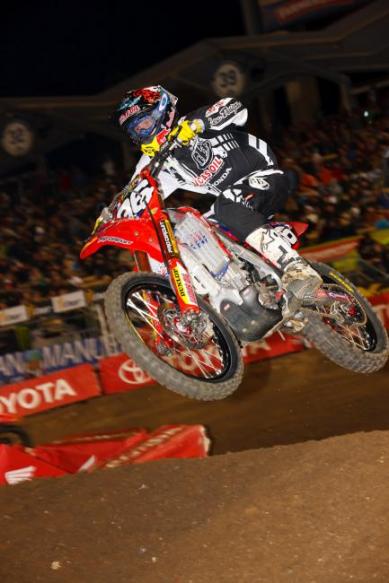 Seely had to watch a killer battle behind him. Eli Tomac, Ken Roczen, Martin Davalos and Kyle Cunningham duked it out, until Cunningham tried to dive underneath Roczen to take over third, and ended up taking both riders down. Davalos then tried to sneak around the outside, but he too got collected in the mess.

This left Broc Tickle in third after a bad start, followed by Ryan Morias. Morias would make a pass on Tickle to get into third. Tomac made a few charges toward Seely, but could not get within striking distance. Hansen came up from last to fifth. 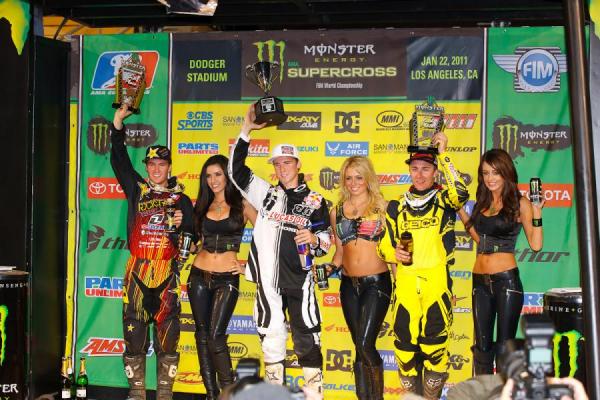