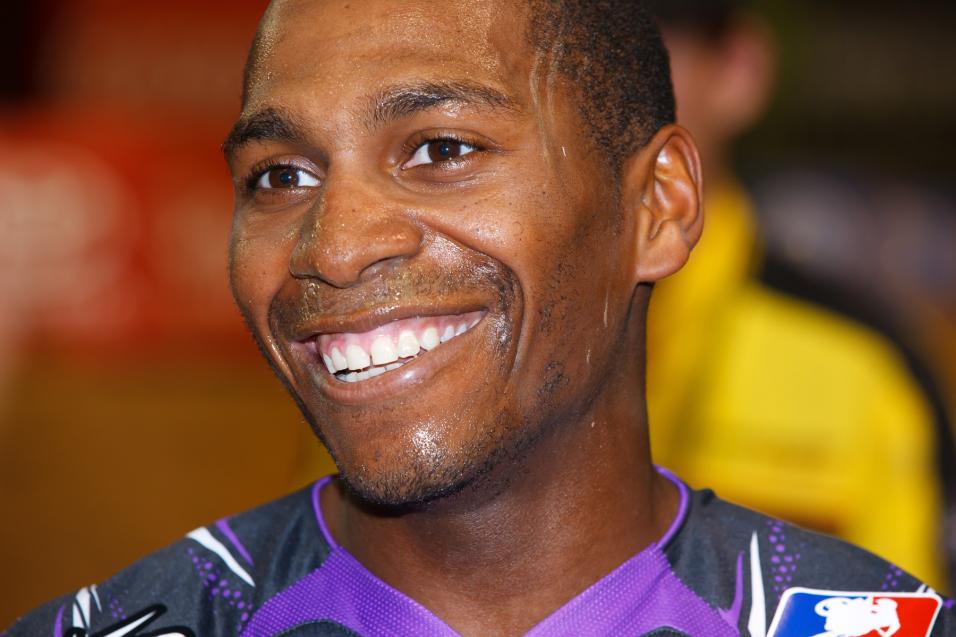 Go ahead and take your own witty pick on the old James Stewart strategy. Win or crash. Checkers or wreckers. Balls to the walls. For a long time, the stats even helped. Anytime James didn’t crash in a Supercross class race from 2005 to the end of 2009, he won. And he even won some races when he did crash.

That streak finally ended not via a victory by rivals like Ricky Carmichael or Chad Reed, but by Ryan Villopoto at Seattle in 2009. There, Stewart got a bad start and could only make it back to the podium, while Villopoto took his first career win on a 450. Villopoto  followed it up with another one in Las Vegas two weeks later, while Stewart was clutching a tight points lead, rode safe, and finished third without crashing.

So Villopoto was the first rider to officially beat JS7 in a Supercross class race where Stewart didn’t crash, and he did it twice. Nearly two years have passed since that race, but Villopoto and Stewart haven’t really raced each other since. They finally hooked it up on Saturday night in Phoenix, but this time Villopoto was playing the old Stewart role. He started fourth, bulled his way to second, and then laid down some serious speed to close the gap on Stewart.

Stewart won with patience. The track was dry and slippery and he knew that pushing the pace was not the answer. Villopoto, also, had decided to settle in and ride more conservatively, but he ended up going down, anyway.

That one crash changed the whole race. It also helped show a potential new maturity in Stewart. Instead of throwing it away, he had the patience to let the win come to him. And that might be more dangerous than knowing he’s just plain fast. 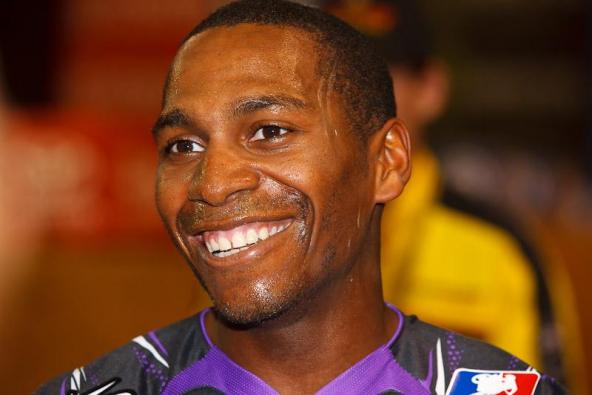 Think Stewart is happy to be back in victory lane?
Cudby photo