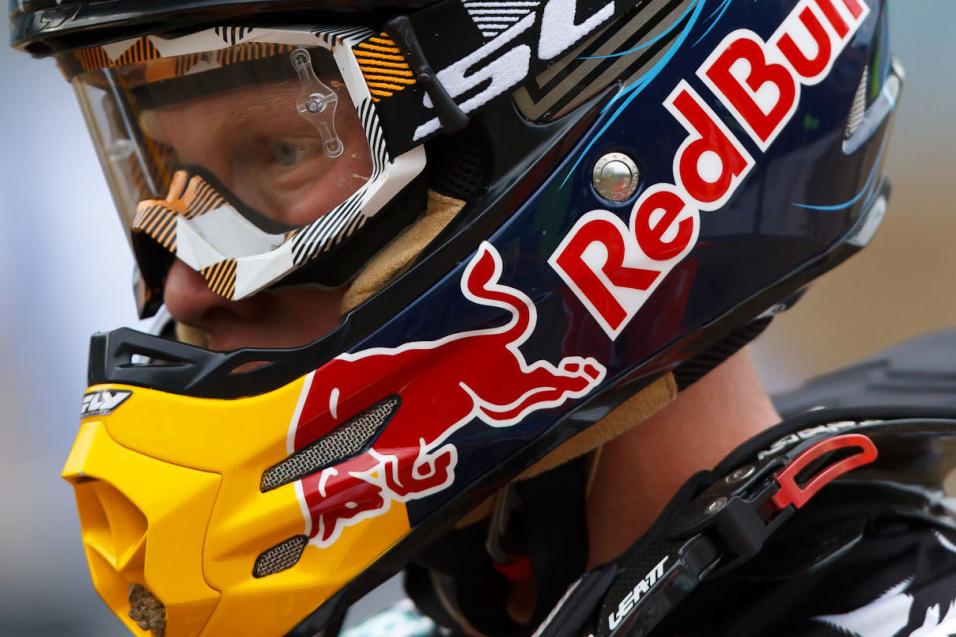 Silly season is wrapped up and we’ve seen some major switches inside the AMA Supercross paddock. Here’s a brief glimpse at who’s riding what in 2011.

San Manuel Yamaha - 7 James Stewart, 30 Kyle Regal
James “Bubba” Stewart returns as the catalyst for San Manuel Yamaha. Joining Stewart will be last year’s privateer wonder kid, Kyle Regal. After starting last year on a Valli Yamaha, then making a surprise switch to a privateer Honda for AMA Motocross, Regal will once again be aboard a Yamaha come A1.

Monster Energy Kawasaki - 2 Ryan Villopoto 32 Jake Weimer
Ryan Villopoto returns after a devastating leg injury that prematurely ended his season last year. Jake Weimer was all set to make his 450 debut at A1, but after suffering a broken arm Weimer is likely to miss a majority of the season.

Rockstar/Makita Suzuki - 1 Ryan Dungey, 24 Brett Metcalfe
Defending AMA Supercross and Motocross champion Ryan Dungey will once again be the thoroughbred that leads the stable of Rockstar Suzuki riders. Joining Dungey is Australian Brett Metcalfe, who is making the leap to Suzuki after spending the past two years at GEICO Honda. Metty has also ridden for KTM, Yamaha of Troy and Monster Energy/Pro Circuit Kawasaki—he’s done it all!

TwoTwo Motorsports - 22 Chad Reed
After spending the past three years on three different teams and three different bikes, veteran Chad Reed has ventured out on his own and will be riding a Honda under his new team, TwoTwoMotorsports. 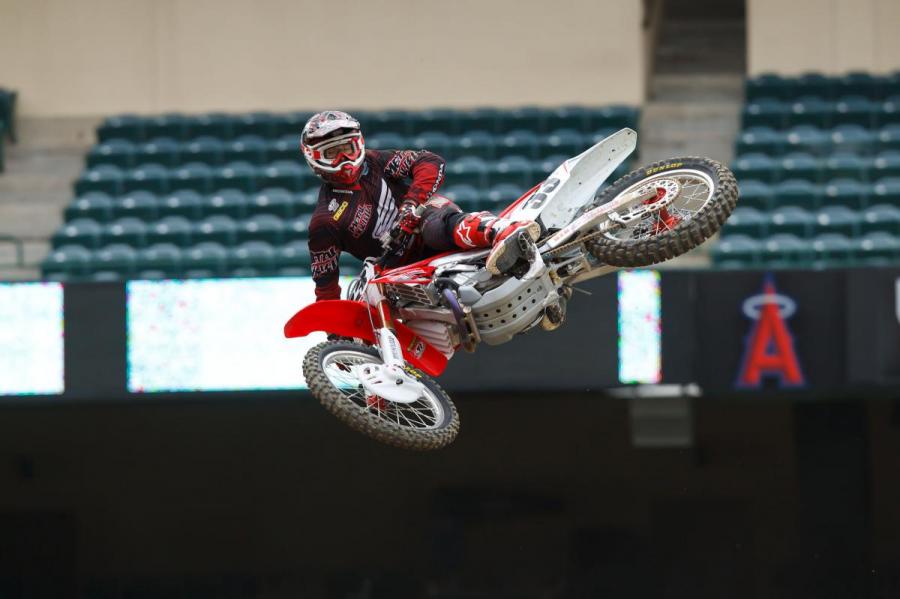 Josh Grant made the leap to Team Honda for 2011.
Photo: Simon Cudby

Team Honda - 33 Josh Grant, 41 Trey Canard
After spending the past two years at Joe Gibbs Racing—aboard a Yamaha—Josh Grant returns to Honda, where he spent the majority of his time early in his career. “Ice” Trey Canard makes his highly anticipated full-season debut aboard a 450, after pulling off a surprising late season run to capture his first outdoor title.

Red Bull KTM - 29 Andrew Short, 125 Marvin Musquin, 194 Ken Roczen, 800 Mike Alessi
Red Bull KTM will be debuting an entirely new lineup in 2011, with the exception of Mike Alessi, who may end up skipping supercross. Andrew Short makes the jump from Honda, and will be joined by European imports Ken Roczen and Marvin Musquin. Roczen will race West Lites before heading back to Germany to contest the GPs and Musquin is already out of SX with a torn ACL.

JDR Motorsports/ J-Star Motors KTM - 927 PJ Larsen, TBD Tye Simmonds, 34 Dan Reardon, TBD Ryan Marmont
The Austrilian backed JDR Motorsports KTM team brings along a stock full of Aussis to lead its inaugural Supercross campaign. But there is an American on board, too, as PJ Larsen returns stateside after wrapping up his first career pro titles (Australian Lites MX and Super X). The Australian trio of Tye Simmonds, Dan Reardon, and Ryan Marmont will fill out the rest of the JDR Motorsports KTM team. Simmonds is a young kid, and despite his size is racing Lites, Marmont and Reardon will be in the big class. 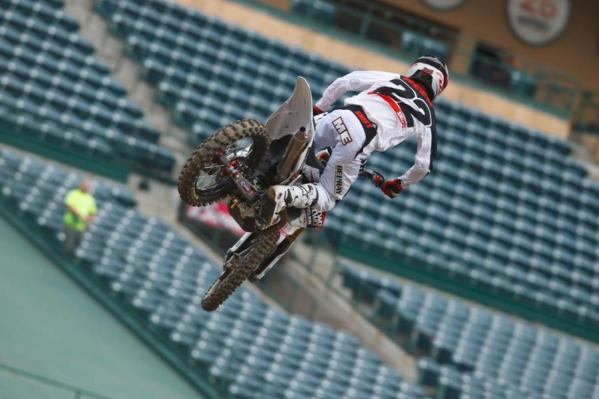 The butt patch says it all.
Photo: Simon Cudby

Troy Lee Designs/Lucas Oil Honda - 36 Cole Seely, 58 Travis Baker, 144 Christian Craig
Troy Lee Designs/Lucas Oil Honda looks to find another diamond in the rough with a core group of young up-and-coming stars. Cole Seely returns for another year under the TLD tent, while Christian Craig will make his heroic return to racing after a nearly career ending back injury. Newcomer Travis Baker (Motoconcepts Yamaha) will look to flourish under the tutelage of Troy Lee and company.

BTOSports.com/BBMX/Palmetto Suzuki -26 Michael Byrne, 47 Jason Thomas
Veterans Michael Byrne and Jason Thomas headline the new look BTOSports Suzuki team. Both riders have spent time on Suzuki's, so adjusting to the bike should factor little into the new dynamics of the team.

Valli Motorsports -27 Nick Wey, 74 Austin Stroupe
After throwing out a slew of riders last year, Valli Motorsports has trimmed the meat so to speak, to just two members—both newcomers—Nick Wey and Austin Stroupe. Wey makes his way over from Monster Energy Kawasaki while Stroupe makes the leap to Yamaha after spending a year with factory Rockstar Makita Suzuki. This is Stroupe’s rookie 450 full-time season.

Dodge / Hart & Huntington Kawasaki - 9 Ivan Tedesco, 38 Chris Blose, 75 Josh Hill
Hart & Huntington comes into 2011 with a new bike and big names to go along. Chris Blose returns to the team after a solid season last year, while new faces Ivan Tedesco and Josh Hill look to be the face and the future of the team. Hill is still recovering from a massive crash over the summer and won’t be on the gate at Anaheim. 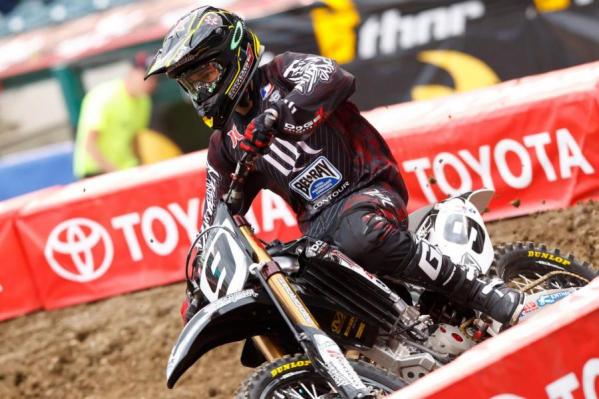 IT is the face of the Dodge backed Hart & Huntington Kawasaki team.
Photo: Simon Cudby

Rock River PowerSports Yamaha - 42 Weston Peick, 53 Jarred Browne, 87 Drew Yenerich 628 Joey Rossi, 707 Alex Millican , 801 Jeff Alessi
Rock River runs one of Yamaha’s premier amateur programs, but has been contesting the pro ranks with a separate team as well. Weston Peick, who rode for the team in the Ams, leads the effort again, with a slew of new hires alongside him. 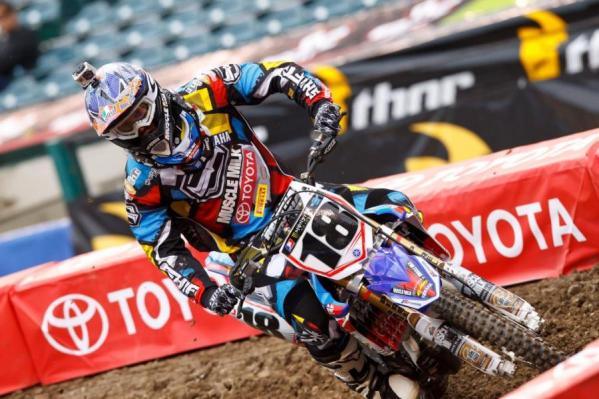 Davi Millsaps will be under the Joe Gibbs racing tent for 2011.
Photo: Simon Cudby

Truth MX MB1 Kawasaki - 49 Ben Evans, TBD Bryce Vallee
Evans has been flying the privateer flag for a few years, while Vallee is a relative newcomer.

Renegade Racing Fuels/Eleven10Mods.com – 37 Darryn Durham, 46 Alex Martin, TBD Brandon Mays
This young Honda-mounted team hopes to make some noise in 2011. While the team’s main focus will be on the Eastern Regional Lites class, you will probably see Martin on a 450 at the first few rounds of the series.