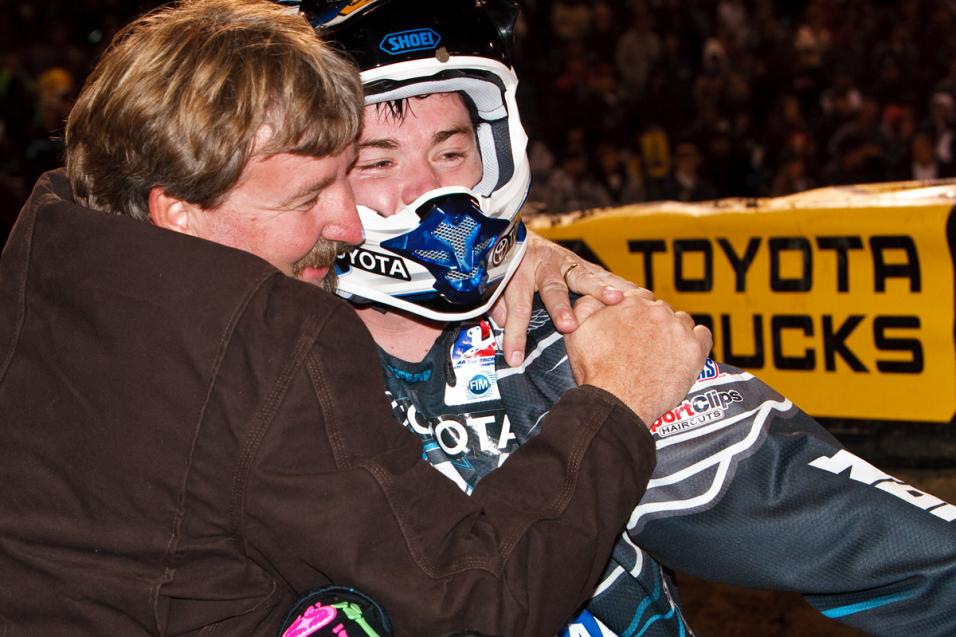 Hello, everyone, and welcome to the Rev Up. Ah, yes, it’s that time of year again. Time to get the smoke wagon rolling for 2011. All of the cannons are loaded and there is no better fuse to set them off than the Anaheim Supercross.

Anaheim 1 is a different beast. More of a churning crucible of testosterone, adrenaline, and new hope than an “indication” of what the season will bring, the season opener in Southern California always delivers the business. This event is our Superbowl, our Daytona 500, our Winter Classic, our, well, you get the point. If you say that winning this race isn't special, ask Ricky Carmichael if he had one wish. Ask Josh Grant. I’ve been fortunate enough to stand before almost every big event in all of motorsports, and I can say with no ego that the juice A1 sends through the veins stands above all. The anticipation, the pounding music, the lasers and smoke...when you see the boys walk out of the tunnel in their new gear with their mechanics pushing the new bikes, man, it’s really like nothing else and it puts acid in my throat just typing it. 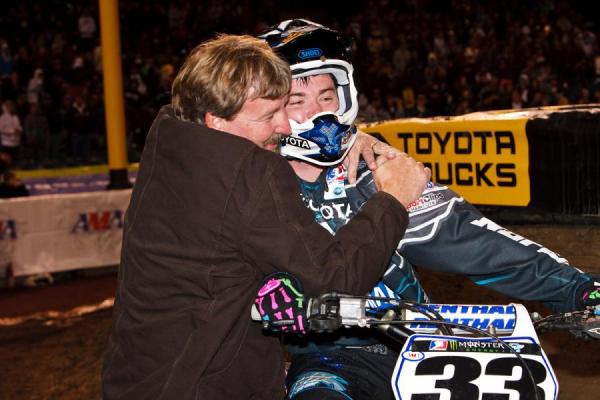 I suppose, True Grit may have been an obvious theme, what with the box office flick, but if you have seen the movie you may relate as I did what kind of grit it takes to race professional supercross. Most of you reading this are riders and racers, and you know the pain in your hands and your knees after a hard five laps at your favorite track. What the animals will do this Saturday night is pretty much incomprehensible. Unless you have done it, there are no words to emulate the madness.

The men that will earn the three supercross crowns up for grabs will have to be more than men of true grit. Only the strong, the hard, AND the lucky can be #1. The path to glory in Las Vegas crosses a rugged and perilous intersection coined, attrition. They will have to push the envelope and watch it bend with each passing round and try to somehow come out in the end with a chance at the championship. What’s so grand about A1 is that pretty much all the guys are steadfast in their belief that they will achieve what they have bled for. Only three will.

That said, I truly believe that we are on the cusp of something special. All of the rich history in our sport has produced this shining moment that is so close we can feel it. Never before has there been such a power struggle of former champions, current champions, and those that have yet to have their time. Both the 450 and 250 divisions are packed with so many agendas, new hope scenarios, and comeback themes that attempting any kind of prediction is futile. And, man, is that great for all of us. 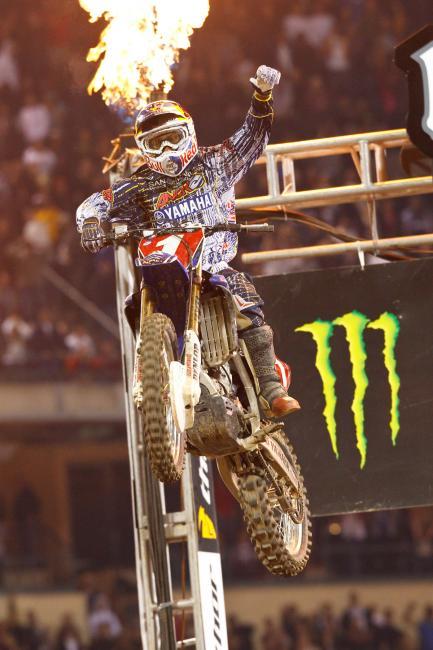 But, back to the theme, what does it mean to have true grit? For a supercross racer it means overcoming the track, his opponents, and most fearsome of all, himself. He has to be confident, but be aware of his ego. He has to push hard enough to make mistakes, but persevere. While searching for some whimsical words to grasp this, I keep bouncing back to a simple theme that the late great Jim Valvano said, which is to not give up. “Never, ever give up.”

Be that as it may, this isn’t the movies. This is American Supercross, Jack. The meanest, cruelest, most unforgiving son of a bitch in all of motorsports. So, let’s get ready to get the shoulders back for the boys. Let’s get ready to feel that almost uncomfortable pulse stimulation right before the gate drops on the first main event of the year. Who is going to bang the first holeshot? Who is going to become a house of fire and storm through the pack and win the Anaheim crowd. Close your eyes and hear 50,000 strong crush the air with the first big moment of 2011. Harness that weird feeling of screaming as loud as you can and not being able to hear your own voice.