MORGANTOWN, W.Va. (August 10, 2010) - After a three-week break from action, the world's fastest riders return to the Lucas Oil AMA Pro Motocross Championship this Saturday, August 14, for the Rockstar Energy Unadilla National in New Berlin, N.Y. Rockstar/Makita Suzuki's Ryan Dungey holds a seven-race win streak along with firm control of the 450 Class championship as the world's most prestigious motocross championship heads to arguably the most legendary track in American motocross.

Also making waves in what will be another live network television broadcast of the 2010 season on NBC Sports is the inclusion of 2008 series champion James Stewart. After a year-and-a-half hiatus from the outdoor nationals, the second rider ever to complete a perfect season is returning for the remainder of the series with his San Manuel Yamaha team, making his long-awaited return to the series-and his return from a broken navicular bone he suffered during the 2010 AMA Supercross season. Stewart has not raced competitively in motocross since the 2008 Motocross of Nations, but he's widely considered to be the fastest rider on the planet, so expectations are high. 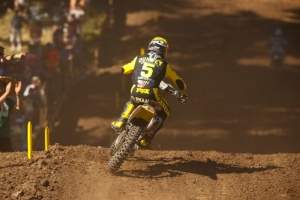 Ryan Dungey has ran away from the competition so far in 2010.
Courtesy Simon Cudby

Ryan Dungey has dominated in his rookie campaign in the premier class, achieving an unprecedented seven straight wins as a first-year rider. He currently sits 95 points ahead of Honda Red Bull Racing's Andrew Short, and a strong performance this weekend could put him in position to claim the title as early as the following round.

Stewart's Lucas Oil AMA Pro Motocross Championship return and his potential battle with the sport's rising star is something fans have been yearning for since the opening round of AMA Supercross in January. Stewart may not have raced competitively in seven months, but many feel he can at least go bar-to-bar with Dungey.

"While we've already had an incredibly memorable season with Ryan Dungey emerging as the star of the future, the return of James Stewart provides a captivating storyline as we close out the season and head toward crowning a champion," said MX Sports Pro Racing Vice President Davey Coombs. "Ryan appears to be on his way to making history, and by adding James to the mix, it will be a must-see turn of events as arguably the two biggest names in the sport right now battle it out." 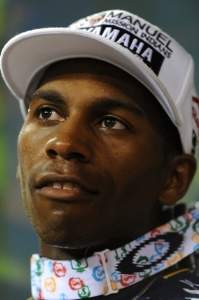 What will the return of James Stewart bring to the 450 Class?
Courtesy Steve Cox

In addition to podium stalwarts Andrew Short, GEICO Powersports Honda's Brett Metcalfe, Troy Lee Designs/Lucas Oil Honda's Ben Townley, and Honda Red Bull Racing's Kevin Windham, a special guest from overseas will return stateside: current FIM Grand Prix competitor Clement Desalle of Belgium will join Dungey at Rockstar/Makita Suzuki for Unadilla. He as earned a pair of overall wins in Europe so far this season and currently sits second in the championship. He made his U.S. debut last season at Washougal, finishing tenth (and third in the opening moto). Jason Lawrence, the "bad boy" of motocross, will make his 2010 debut at Unadilla as well, having spent the majority of the summer on the sidelines.

In recent weeks, the 250 Class has been Trey Canard's stage for a breakout season. After claiming his first career win at RedBud, the GEICO Powersports Honda rider has yet to miss the podium's top step, extending his winning streak to three events with a dominating 1-1 outing at Washougal. As the series enters its final month, Canard is chipping away at his championship deficit to Monster Energy/Pro Circuit/Kawasaki's Christophe Pourcel. After eight rounds, 38 points separate the rivals.

The competition in the smaller-displacement class has been memorable in 2010, with five different winners from five countries. The unpredictable action has served as a stellar complement to the premier class, and history has shown that at Unadilla, anything can and will happen. 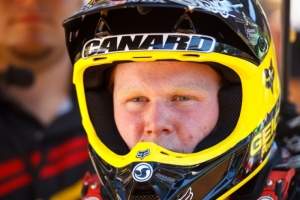 Trey Canard is on a roll and he has his sights set on closing in on Christophe Pourcel in the 250 Class Championship.
Courtesy Simon Cudby

Unadilla has hosted AMA Pro Motocross events since the series began in 1972. Prior to that, it was a part of the Trans-AMA series. It remains one of the most unique venues in motocross thanks to its rolling hills and incredible natural terrain. It boasts a high-speed layout, yet is the site of notorious and awe-inspiring obstacles like Gravity Cavity, The Wall, and the Skyshot. This season, the Robinson family has taken the initiative to improve sightlines for fans, highlighted by an infield spectator area. Additionally, they have gone to great lengths to improve the racing experience for both racers and spectators alike and have created a new uphill jump section sure to keep fans on their feet.

Making the return of James Stewart, the continued rise of Ryan Dungey, and the impending showdown between Trey Canard and Christophe Pourcel more exciting, the Rockstar Energy Unadilla National will be broadcast LIVE on NBC Sports with the final 450 Class moto beginning at 3 p.m. ET. Coverage of the 250 Class can be seen on SPEED on Sunday, August 15 at 4 p.m. ET. As always, a live stream of the first motos of each class can be seen at www.allisports.com/motocross.

With the 2010 Motocross of Nations just weeks away, Team USA will make a special announcement from Unadilla on Saturday at 12:30 p.m. ET. After claiming victory last year for its fifth straight win at the legendary competition, the U.S. will look to make it six in a row on home soil on September 25-26 as the "Olympics of Motocross" commences from Thunder Valley Motocross Park in Lakewood, Colo., which was also home to the fifth round of the 2010 Lucas Oil AMA Pro Motocross Championship.