The heat is now on full blast at the second day of the 29th Annual AMA Amateur National Motocross Championship, as the opening set of motos continue. All three motos count at Loretta Lynn’s Ranch, which means there’s no time to sit back. And echoing what Ricky Carmichael himself always said, you can’t win a title here in the first moto—but you can sure lose one. So far this morning, the mistakes have been limited as the riders are still feeling the track and the competition out. 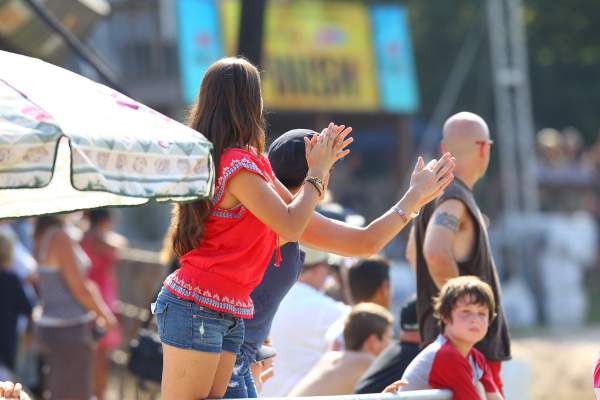 It's hot, but that doesn't stop the crowd from cheering at Loretta's.
photo: Simon Cudby

Honda rider Kyle Peters opened the day’s racing with a 250 B Stock blitz, nailing down the Motorcycle-Superstore.com Holeshot Bonus ($100) and then riding away with the win. The North Carolinian was pursued by Kawi rider Brad Frace, with New Jersey’s Luke Renzland earning the bronze moto medal. 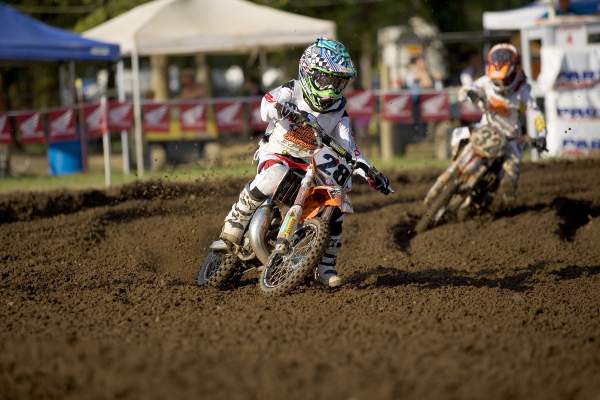 Next came 65cc (7-9) Stock, where Florida’s Jordan Bailey led a KTM parade to the podium with an opening-moto win. Carter Haplain, a fast young rider from Lubbock, Texas, was second, and Pennsylvania’s Brock Papi grabbed third. 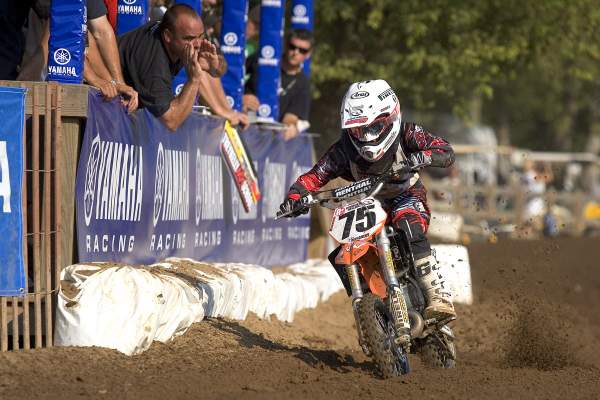 In 65cc (10-11) Stock, it was Masschausetts’ Jake Pinhancos who led the way in another KTM sweep, with Illinois’ Joey Crown second and North Carolina’s Austin McKee third. The top non-orange bike was a Cobra, as Chase Sexton finished fourth. 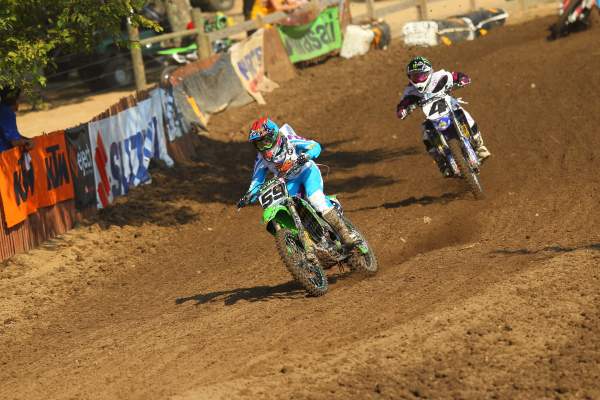 A pair of very fast California girls took the lead in the first Women’s moto, as Kawasaki-powered Jennifer Burton topped the Yamaha of Alexah Pearson in a very close battle. At one point they touched off one of the big jumps, but both girls managed to keep it wheels-down and continue their duel. Erika Cook, a Yamaha rider from Texas, ran third. 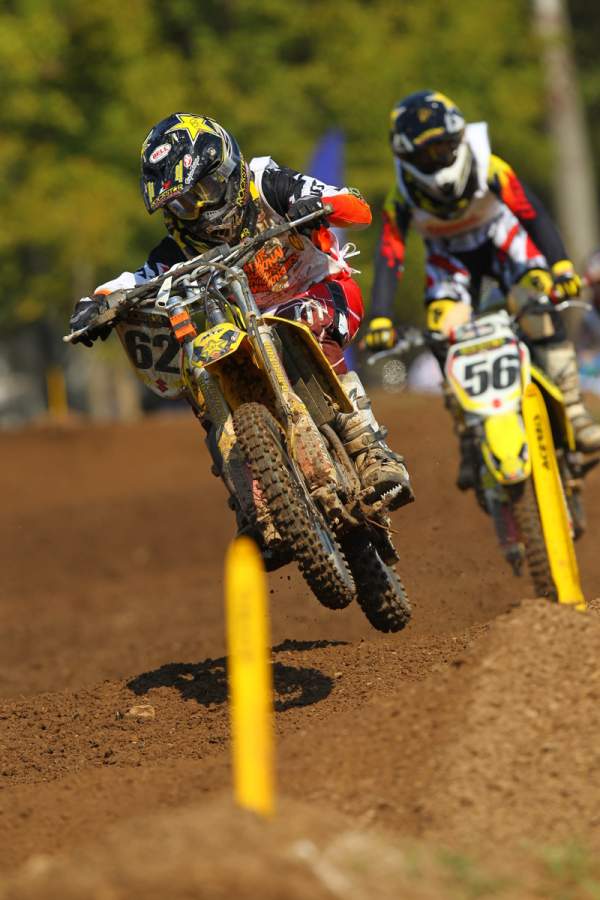 Suzuki swept the 85cc (12-14) Modified class in a moto that just ended. Jordan Smith, Steven Gretchen, and Jaisaac Sloan all worked to get their Suzukis up front and held those spots all the way to the finish.

Some other motos of note at the end of the day on Wednesday:
In a preview of some of American motocross’ possible future stars, Georgia’s Joey Savatgy outpaced California-based Thomas Covington in a battle between big amateur squads—Savatgy is Rockstar Energy Suzuki-backed while Covington is a Monster Energy Kawasaki rider—in the highly competitive Schoolboy 2 (13-16) B/C tilt. Oklahoma’s Colt Nichols and Minnesota’s Jesse Wentland was fourth. And Gannon Audette of Cairo, Georgia, topped Ian Trettel and Zach Freeberg in an impressive display at the very end of the first day of action. 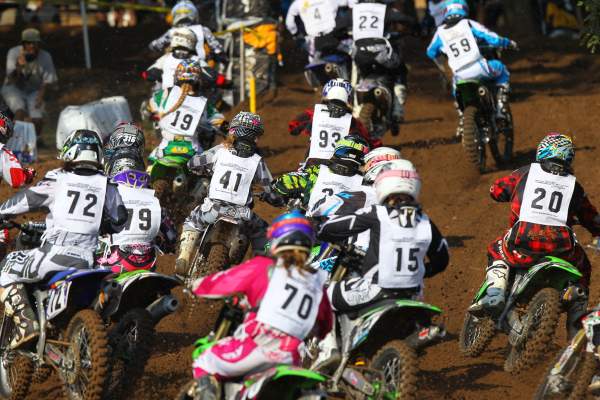