Barcia did nothing to retaliate, which was probably smart considering in the past that normally both riders involved in an incident like that are disqualified.

This is an especially puzzling incident considering both Barcia and Davalos train and live at the Millsaps Training Facility (MTF) here in Georgia, and were reportedly friends prior to this.

Davalos can return to racing next weekend in Daytona, where he led more than half of the main event last year. 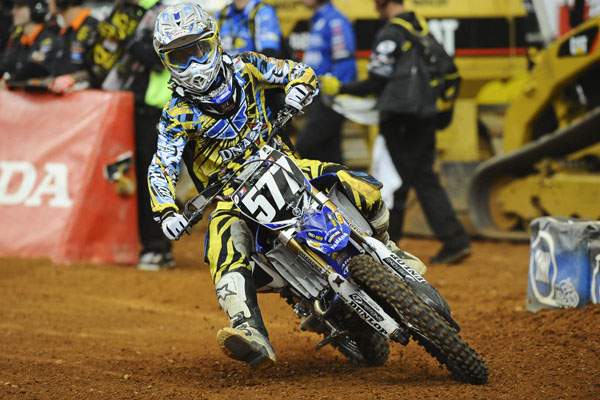