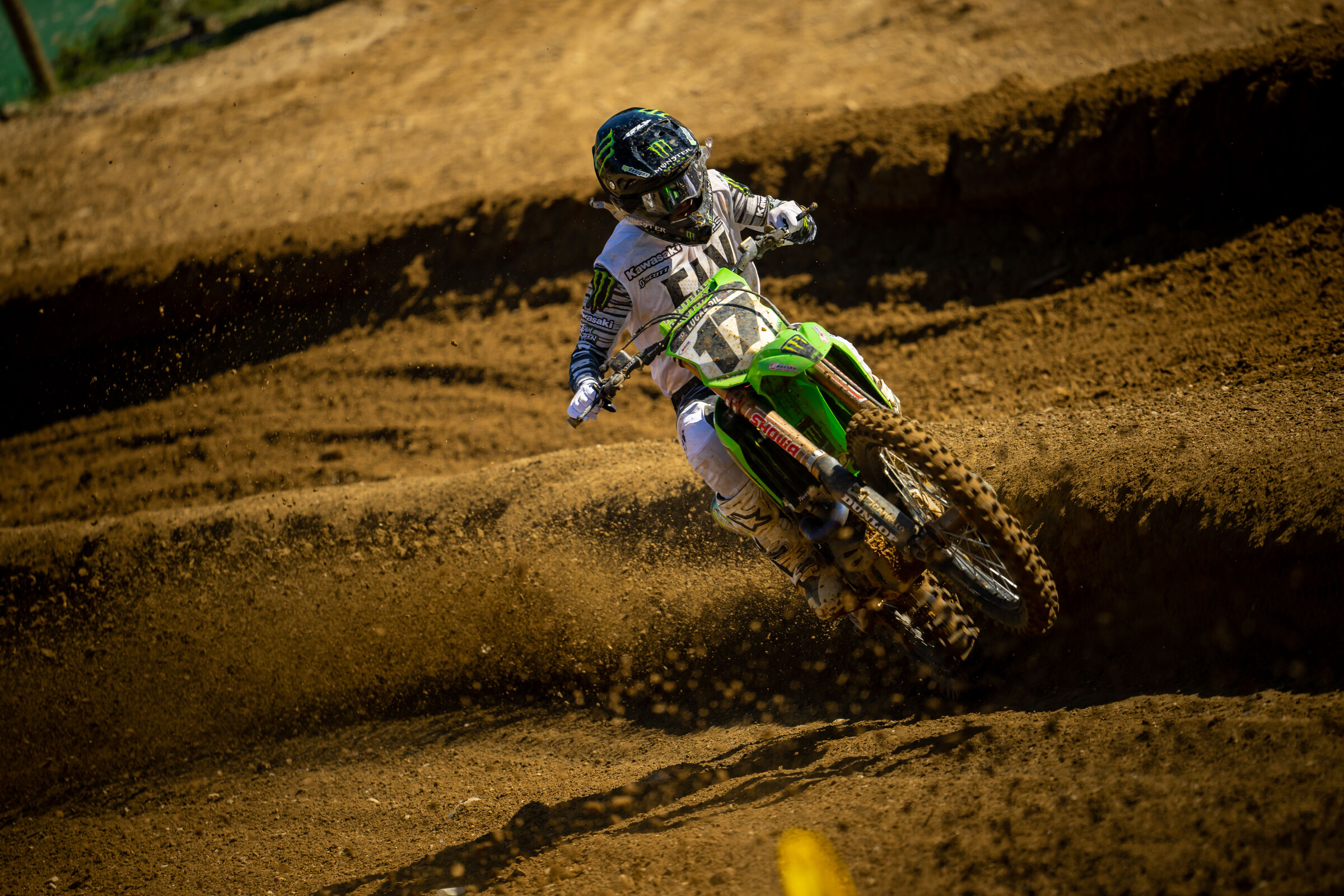 When the overlords here at Racer X asked me to help out with the 3 on 3 column this week, I did what I always do: I under promise and over deliver! Or maybe I over promise and under deliver?

There will be no extra charge for this either, by the way.

Question: Give me one cheat food that you could never give up?

Question: For you industry guys, what is your favorite gear look ever and why?

Kris Keefer (Racer X): “My favorite look ever was Jeff Emig Yamaha THOR Fast Boyz Purple.. I loved the bright colors and the cyclone look of the jersey.”

Michael Lindsey (Vital MX): “Oh easy. Fox’s inked gear that James Stewart wore in 2008. Coincidentally, I know it’s [Ryan] Dungey’s favorite ever as well and that’s why they remade him a set this year. They were going to in his final season but of course he retired early after SX that year, so they never got to do it…until this year!”

Question: What is your favorite story of Racer X contributor Phil Nicoletti?

Zach Osborne: “My favorite Phil story is from his childhood and I personally did not witness it but it was confirmed by his dad. Someone in one of his or his siblings’ class at school got head lice and of course Phil has a fro and his siblings also have lots of curly hair. So the school sent home a letter saying they needed to be checked so Phil’s dad lined them all up on the porch and poured kerosene on their heads to make sure there wasn’t a lice problem at his house!”

Alex Martin: “I was going to use that one! One of my favorite ‘Angry Phil’ stories goes back to 2015. That summer Jeremy [Martin, brother] and I were based out of Minnesota training for the outdoor nationals. Johnny O’Mara and Phil came out for a week-long boot camp and every day after we finished riding we would all do a two-hour mountain bike loop in the Millville trails. The usual running order was Jeremy and Johnny leading the way, me a couple minutes behind, then Phil wayyy off the back. One of the days we waited a little longer than normal for Phil, then all of a sudden here comes Phil out of the woods covered in blood, bleeding head to toe. Apparently, he hit a rock going down one of the downhills and cartwheeled his brains out. All we heard for the rest of the week was, ‘F*** this place, F*** you guys, F*** mtb training…’”

Seth Rarick: “Zach kind of set mine up for me. So summer 2017 I had the worst athletes foot you can imagine. Couldn’t even sleep because I’d be itching my feet all damn night. This went on for months and I tried every over-the-counter athletes foot cream money could buy and nothing worked. So I told Phil about my problem, and he told me he’s had the same issue and the only way to fix it is to soak your feet in gasoline. Higher octane, the better. So I filled a Tupperware full of VP C12 and sat there soaking my feet and they were on f***ing fire. I sent Phil a pic of it, and he called me to tell me he was screwing with me!

He got the idea to tell me that from his dad soaking in head in kerosene though. He really did do that! You know what though, the gas really did burn my athletes foot off though. Hasn’t came back since!”

Osborne: “Also one time me him and Alex went to Senior Frogs in Myrtle Beach for Brandon’s [Haas, ClubMX Yamaha team owner] wedding. Phil bought us all shots and I threw mine over my shoulder because I don’t drink, and he lost his mind. Later that night we were driving back to the hotel and Phil was way past tipsy and he goes "Aren’t we going the wrong direction?" and I’m like "No this is correct Phil." He says to himself…. ‘Gollee Phil you’re so stupid’ and starts punching himself in the face so hard I thought he was gonna bleed!”