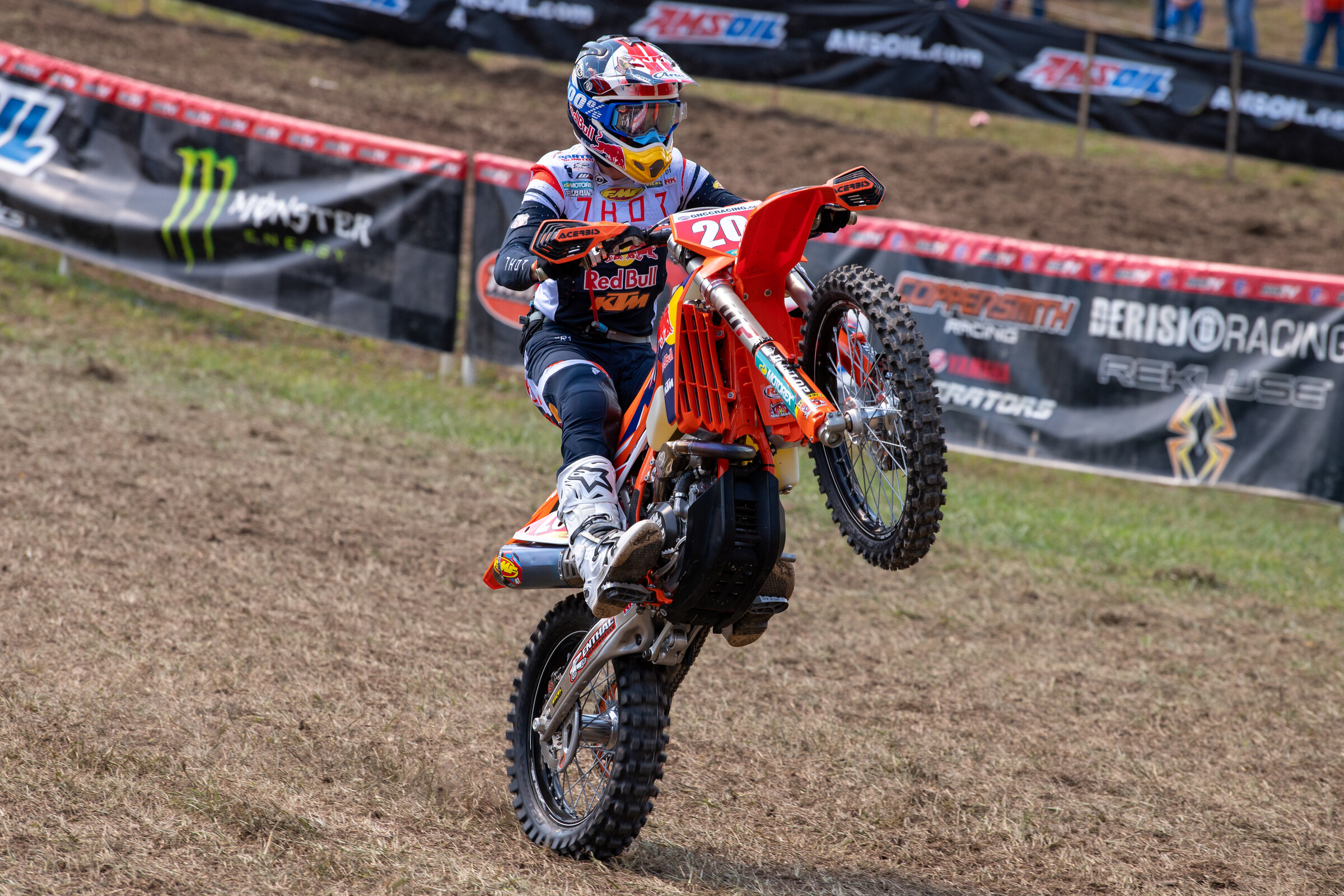 The Grand National Cross Country (GNCC) Series will be in action this weekend at the 12th round Buckwheat 100 GNCC at CJ Raceway in Newburg, West Virginia, on October 8 and 9. The Buckwheat 100 GNCC will have both Saturday’s pro ATVs (2 p.m. EDT) and Sunday’s pro bikes (1 p.m. EDT) broadcasted live by the RacerTV crew.

Also, the two-round pilot season for the FIM World Supercross Championship (WSX) kicks off this weekend with the British GP set for Saturday at Principality Stadium in Cardiff, United Kingdom. Unfortunately for fans in the U.S., we are not able to watch the first round live. The 24-hour delayed broadcast of the British GP will air on Sunday, October 9 at 5 p.m. ET/2 p.m. PT on Fox Sports 1.

If you purchase the WSX.TV package, U.S. viewers are able to watch on demand 24 hours after the delayed broadcast airs on FOX Sports 1.

Jordan Ashburn has clinched the 2022 Grand National Championship with two rounds to go.

On board with Dean Wilson

*Note: All times on the race day schedule local to Newburg, West Virginia,

*Note: All times on the race day schedule local to Cardiff, United Kingdom.