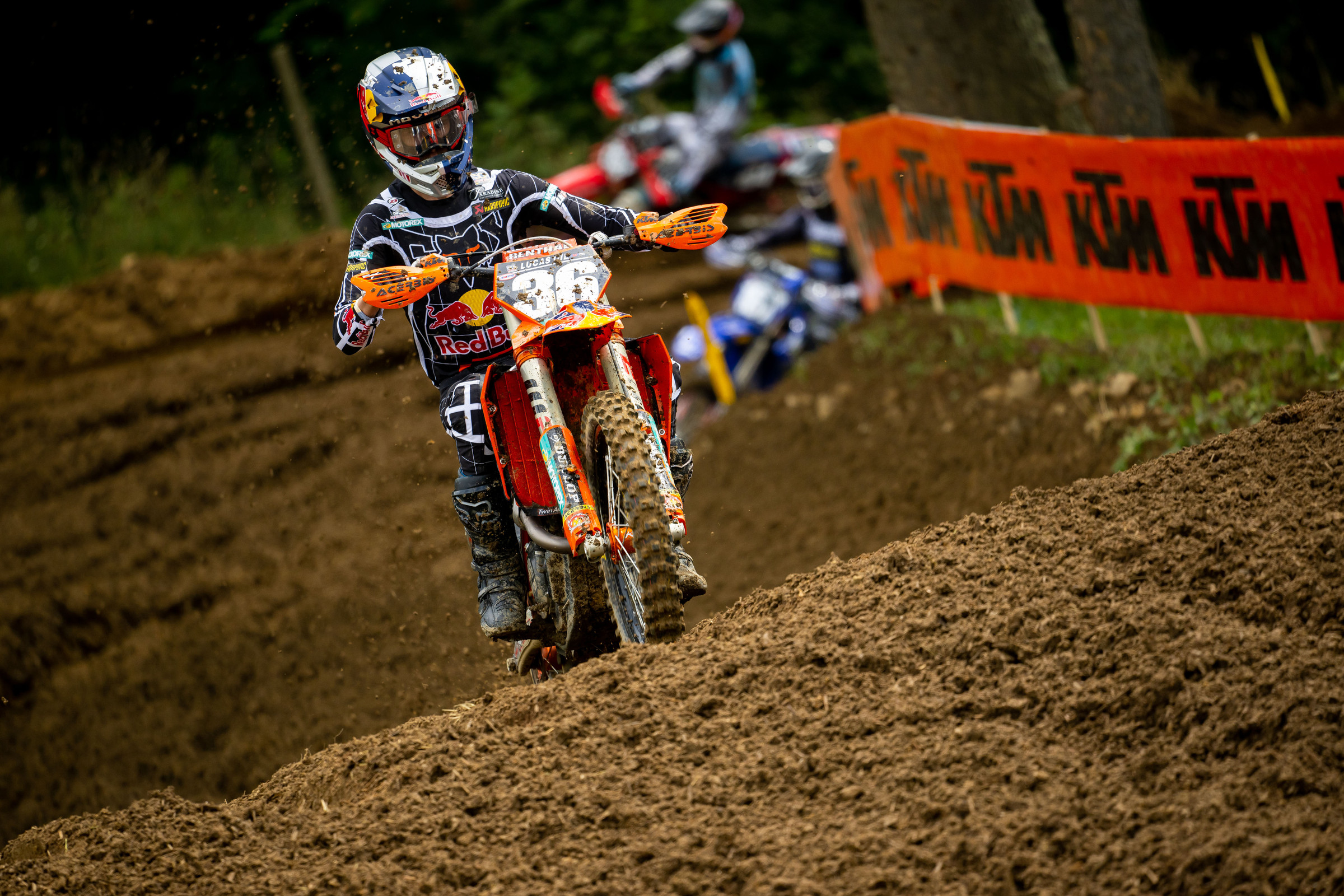 With the Lawrence brothers dominating the first four rounds of the Lucas Oil Pro Motocross Championship, it must be hard for the other 38 riders in the 250 class to not feel like they are riding in their shadows. Especially for riders like Max Vohland and Michael Mosiman who have shown speed so far but have had problems stringing two good motos together. Our team caught up with both riders after the race at High Point, where they were both happy about their riding but not their results. Both riders feel they are right on the cusp of a breakthrough.

For Max Vohland that breakthrough would mean more consistently breaking into the top five and then a podium would be not far off. For a guy who came out swinging in his first ever pro national at the 2021 series opener at Fox Raceway and led much of the first moto before bike issues led to a DNF, his results since have yet to show that initial potential.

His 2022 Monster Energy AMA Supercross run somehow went even worse when he was involved in a first turn pile up and was unable to complete a lap in the main event in Minneapolis. His results so far this summer have been much more consistent than last year, though bad starts and mistakes have kept him further back in the results than he would like. With his fifth overall at Hangtown though, he proved he can run with the lead pack when he gets a start.

Still the ever-positive Vohland is confident in his speed and knows that more top fives are right around the corner. In fact, he might have done it at High Point if not for a first-turn crash in moto two.

“Today went pretty well, I went 6-9 for 8th. Definitely doesn’t show how great my riding was today, I feel like my riding was on point,” said Vohland. “Bike setup, we changed some stuff before the first moto, I feel like we hit it out of the ballpark, hit it spot on. I felt comfortable, I could charge, had great lines all day. I just need to work on my starts, being down in the first turn does not help you when you’re riding good. So, I had to pass a lot of dudes that second moto to get up to ninth and get into a lot of lappers when you’re back there too.”

As for Michael Mosiman a breakthrough for him would mean an overall win, which is a tall order considering Jett Lawrence has won every round so far. Still Mosiman won the first moto at Hangtown only to DNF the second moto after a crash. He then proved it was not a fluke the following weekend by setting the fastest lap time in qualifying, only to have bike issues (something more common in elevation) keep him off the podium at Thunder Valley. And again, this weekend at High Point he looked to be the fastest in the first moto when he worked his way to the front and started to open up a bit of a lead before tipping over in a corner. Something we have seen him do before while leading in supercross.

“I just really need to stay engaged in the race,” said Mosiman. “When you get in front it’s so easy to let the mind wander. In this day and age, it’s hard to hold attention for 30 seconds let alone thirty plus minutes. It’s not easy, but we are going to learn and grow from it.”

Mosiman has proven he has the speed to win, if he can just minimize mistakes, he could break out of the shadows any day now.