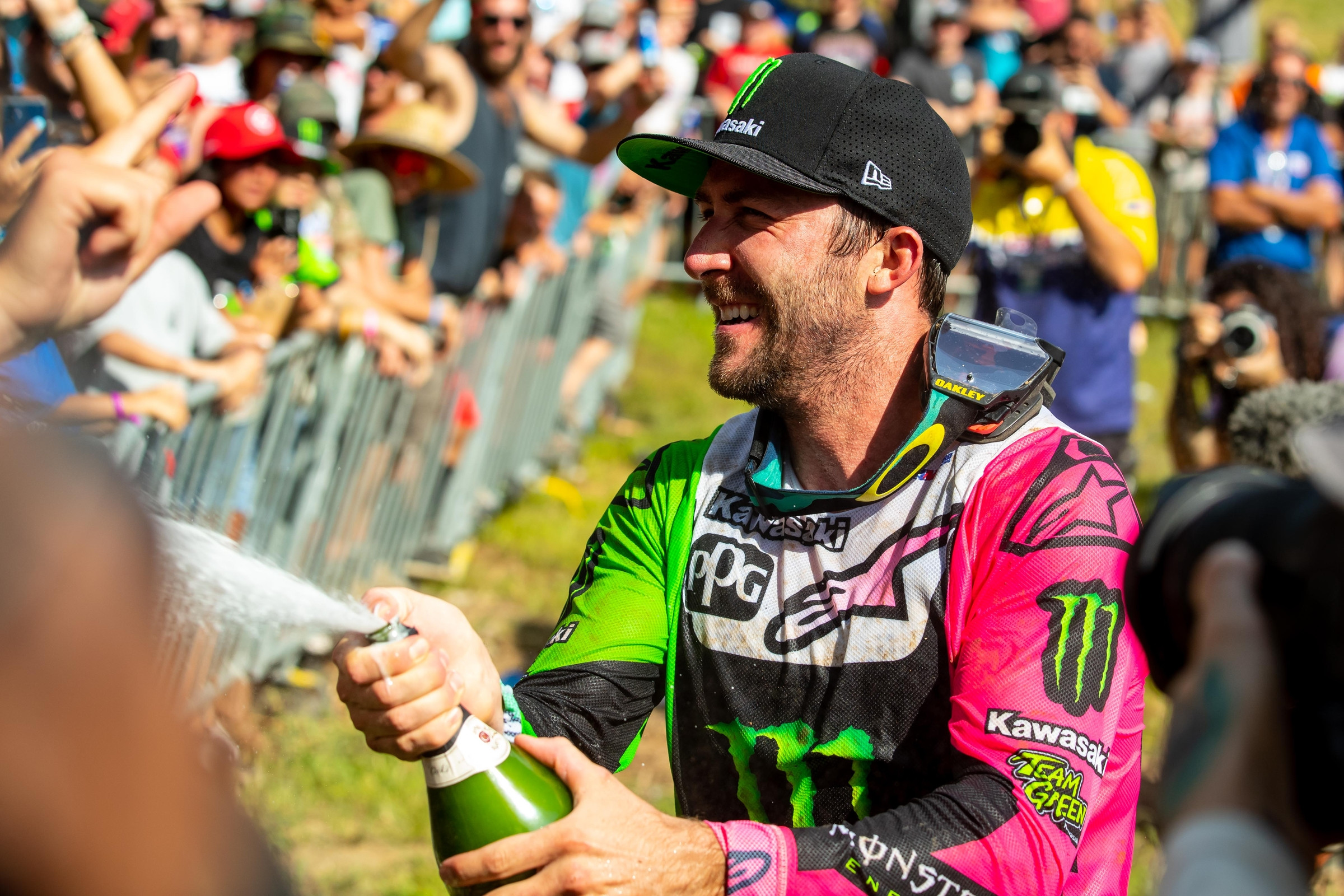 He spoke about it in the media conference after the race.

Eli, is this a thrill to win, or is it more of just a sigh of relief because you’ve been so close all year?
Eli Tomac: It’s both. I’ve had really good second motos at some of these races and I’ve been really strong. I’ve had some of the fastest laps, but I was always off in moto one and I also just wasn’t getting starts. The field is too strong. Ken and Dylan are riding too good. So, it’s been tough that way. Then today it’s like I finally put all those things together and made it happen. I felt really good on this track the whole day. Just kind of got along. The combination of good starts, and physically we were strong too. It was I feel like one of the only really hot races that we had. Last week was a little bit warm, but nothing like today. So, overall, nice to get one.

Obviously you knew kind of where you stood. After that first moto, you got to run up front the whole time. Didn’t have to come through the pack. Were you confident that you could get the win today going into the second moto? Did you make any changes between the races?
No changes between the races. Same bike, same setup. Really it’s all about just giving myself a shot for that second moto, is what I feel like it’s been like at most of these races. Today it was just all about moto one, being in the hunt, being in the mix, just trying to get to that second place. Like I said, there’s a lot of fast guys, a lot of consistent guys. It’s just been a gnarly year that way. It’s been that way. We’ve been so consistent. That’s it. I was just focused on moto one.

You become one of the vet riders and you’re getting a little older. Has your training changed any? Have you noticed a difference in how that relates or affects you on a weekend like this? It was very hot and humid. Has there been a transition that you’ve had to make?
I feel like with age, outdoors has gotten easier. When you get older, middle to late twenties, I feel like it’s gotten easier, and even in the heat for me. I used to struggle with the heat in the 250 class. If I saw 90 and I knew it was going to be a humid race, I would be getting kind of spun out about it. But nowadays it’s like I’m kind of looking for that. So, I feel like endurance-wise you actually get better in motocross as you get older.