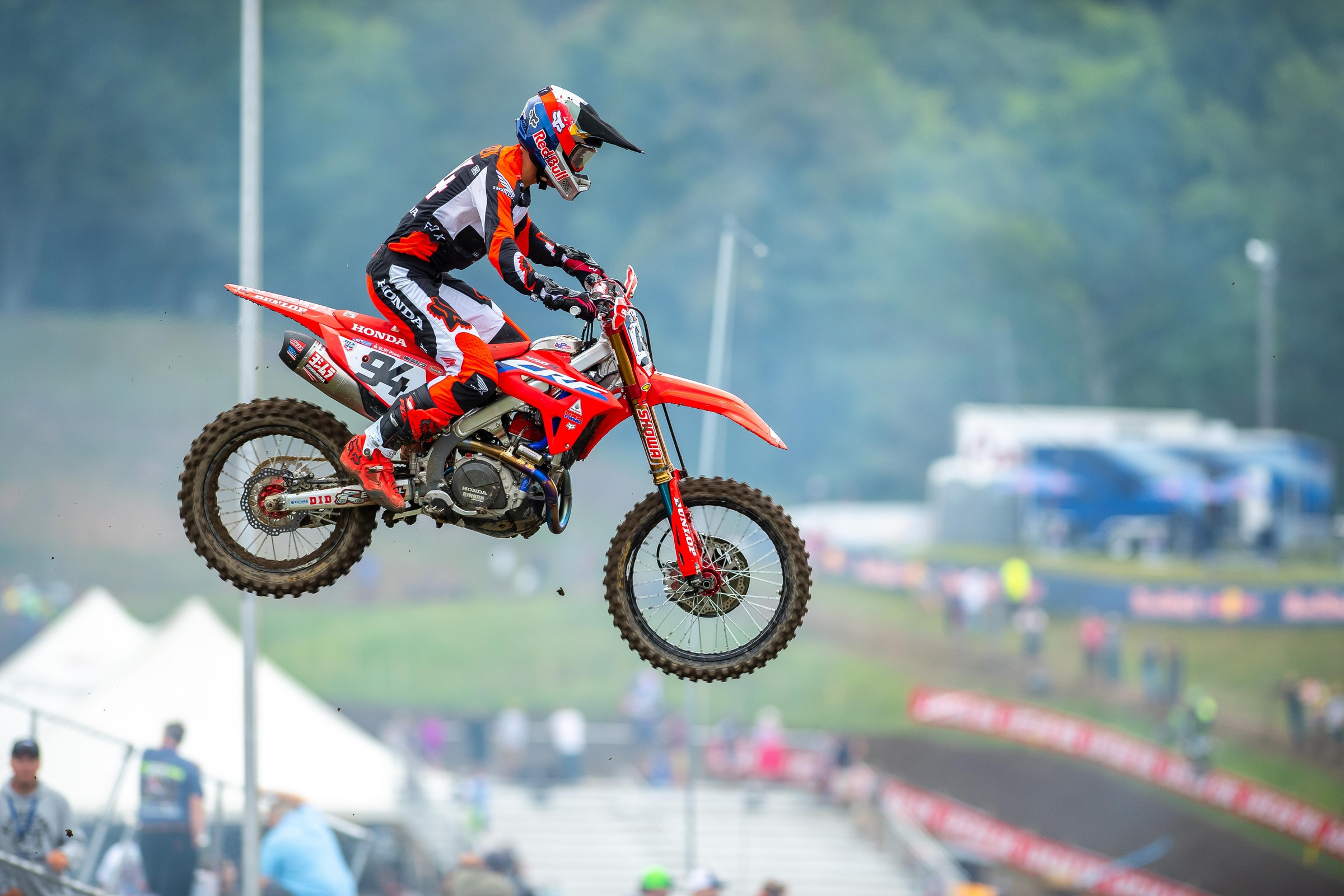 When the gate drops at Unadilla, it’ll be on the heels of the biggest break Lucas Oil AMA Pro Motocross has had all summer, which means the competitors will have had plenty of time to rest and recuperate from aches, injuries, and plain old road fatigue. The break was also an opportunity for riders to test, find new settings, and dial in bike setup. We’ll see who benefitted most from the time off when the gate drops this Saturday. –Aaron Hansel

Jeremy Martin might just be a machine. We haven’t been able to confirm it, but the evidence we have points supports the theory. After all, how else could you explain someone winning three of the last four motos, and the last two overalls, with broken fingers!? And considering we’ve had the last two weekends off, you’ve got to think he’s going to be in much better shape than he was at Spring Creek and Washougal. Look for Martin to be setting the pace this weekend. –Hansel

At some point someone is going to make a break for it and start taking control of the points in the 250 class. At Washougal, it looked like Justin Cooper was going to do just that. Jett Lawrence, who’s had a rough few motos lately, was having another tough day at Washougal. He finished seventh in the first moto and was looking at giving up even more points to Cooper in the second moto, until Cooper went down on the second-to-last lap and ended up eighth. Was that the opening Lawrence needs to get reassert himself as a solid contender, or will Cooper drop the hammer at Unadilla and add to his eight-point lead? –­­Hansel

When Chase Sexton took second in the first moto of the season, it sure seemed like a win was just around the corner for the Honda HRC rider. But as the motos passed, things weren’t panning out for Sexton. In fact, he didn’t even get back on the podium in a moto until Spring Creek! Finally, at Washougal, things fell into place for Sexton, who led the first moto wire-to-wire and took third in the second to secure the overall. Will he put together another winning day at Unadilla? –Hansel

It’s wild to think that Eli Tomac hasn’t won a race yet this summer, especially with the way he’s been riding lately—his speed has been fantastic since breaking out of the slump he was in at the beginning of the season! Unfortunately for Tomac, there plenty of other riders who've been flying too. It has to be frustrating for a three-time 450 National Champion to be winless at this point in the season, but hey, there’s still time left to get it done. Who thinks he make it happen at Unadilla? –Hansel

It’s been a while since we’ve seen the Marvin Musquin we’re used to seeing. You know, the guy who was a threat to win on any given weekend? He looked much better at Washougal though, and his results, a 3-5 for 4th overall, were by far the best scores he’s earned this season. Does this mean Musquin had a breakthrough or figured something out? We’ll find out at Unadilla. -Hansel

Levi Kitchen is coming off two Pro Sport titles at the Loretta Lynn’s Amateur National Championship last week and was the recipient of the Nicky Hayden AMA Horizon Award. Kitchen has already raced one pro National at RedBud, but his pro career officially is underway this weekend at Unadilla. His skillset in the ruts being from the Pacific Northwest could bode well for Kitchen to do well in the deep loam and clay of Unadilla this weekend. –Kellen Brauer

The rain looks like it may stay away on race day this weekend, but it will certainly fall at some point before that, and it may leave the track with some tricky soft holes. Unadilla does seem to drain water well and it’s notorious for having some wet weather races in the past, but don’t expect the track to shape up into perfect chocolate cake on Saturday. Expect some long technical ruts that may catch riders off guard if they lose their balance. –Brauer

Ken Roczen has experienced plenty of success at Unadilla over the years. The track regularly is referenced as one of the most “GP-like” circuits on the schedule and European riders tend to do well on the New York soil. Roczen has been no exception to that over the years and even dominated this race last time we raced at Unadilla in 2019. As he looks to stop the bleeding caused by Dylan Ferrandis in the last four rounds, Roczen could use a dominating day like he’s had here before. –Brauer

Light at the End

This long break we’re coming off of was the last time off all year for the Pro Motocross contingent. There will now be five straight races from here until the second weekend of September when we end this championship at Hangtown in California. Riders may be refreshed right now and want to come out swinging this weekend, but their energy will need to remain focused on getting through these last five rounds as best as possible. Some may sprint this weekend, but also keep an eye out for riders who just try to have a solid day and can up the ante at the next round at Budds Creek. –Brauer