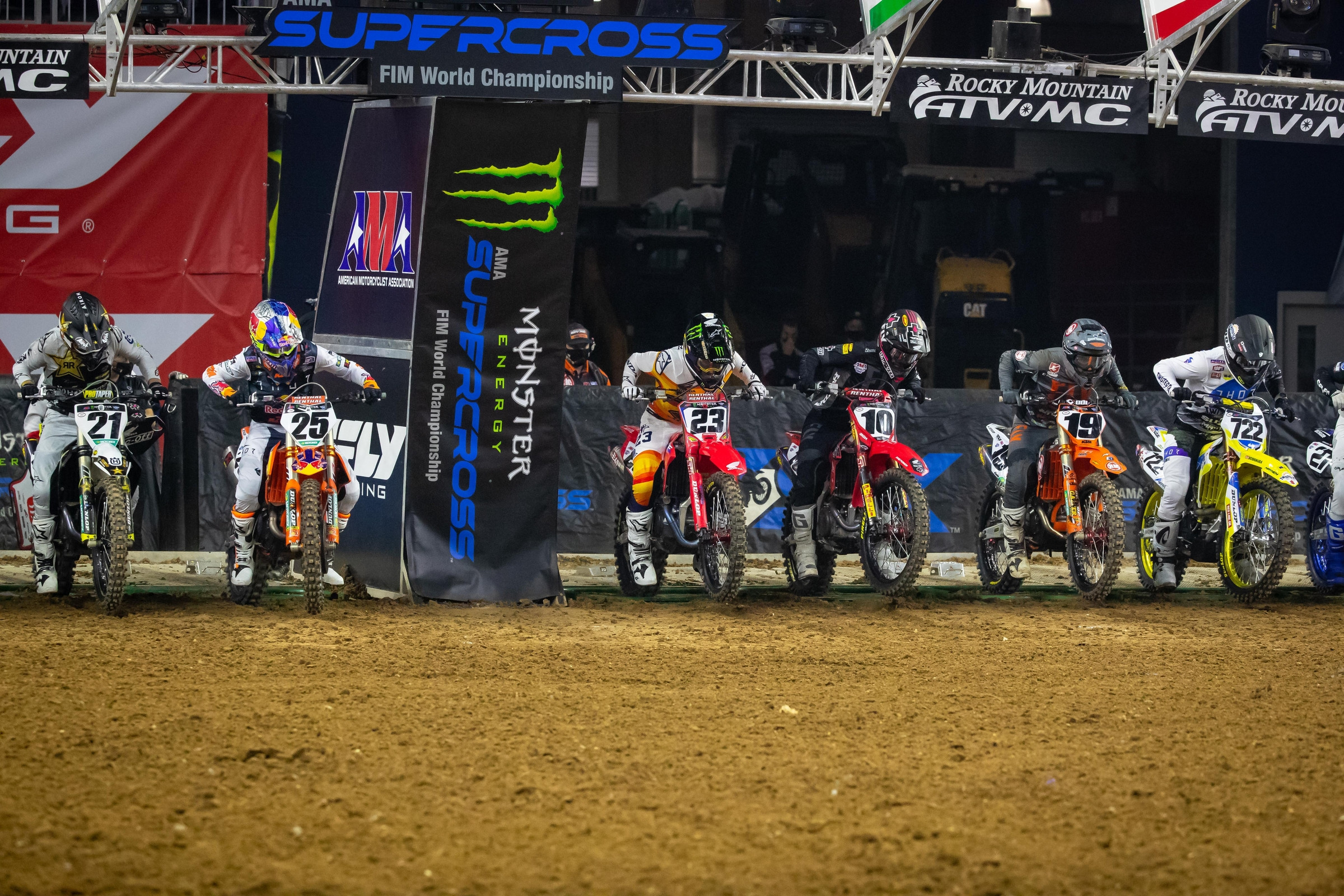 Portuguese former racer Jorge Viegas has been the public figurehead for the Fédération Internationale de Motocyclisme (FIM) since 2018 and has fronted a series of new initiatives for the governing body that have tried to make grounds in safety, ecology, and accessibility. Unafraid to mince his words and refreshingly open to media requests, Viegas was in attendance at Maggiora for the MXGP of Italy and willing to give his take on the departure of Monster Energy AMA Supercross from the FIM canon…

Arrival of the press release stating AMA Supercross would splinter away from the FIM once more was a surprise to many. Was the division an act that had been in the pipeline for some time?
Jorge Viegas: I had been speaking with Todd Jendro [Vice President of Operations Motor Sports for Feld Entertainment] a few months and even last year Feld’s objective was to continue with us. Then COVID-19 happened and they lost a lot of money, not only in supercross but with their other events. Two months ago we spoke again and we had negotiated the fees and the future because Todd’s idea was to go abroad and outside the U.S. as soon as possible. We designed the plan for this, and I know he did his best but the [Feld] family decided to put all their eggs in the U.S. basket and to save as much as possible. They told me a few days ago that their final decision was not to go ahead, and I fully understand. I saw it coming because, unfortunately, the conditions have been awful for all of the promoters these last two years. Either you have a lot of revenue from TV rights or you don’t and motocross [and supercross] needs public, it needs spectators. So that’s it. If you want my comment then I feel that it [SX] was never a “real” world championship because it was only in the U.S.—even Canada was not on the calendar—I prefer to try and go for a real world championship and I really hope we can do it. The U.S. is a market, they have their own riders. We don’t want to disturb them at all…but I think there is room for a real supercross world championship.

Losing supercross must be quite a blow for the FIM…
Of course it is, of course. But I understand if the promoter cannot continue to lose money. This is not sustainable. We have split on very good terms and that doesn’t mean we will never come back together again. In the meantime, I will try to find another promoter to handle this [SX] world championship.

There were some feelings over the regulations and handling of doping cases. What comment can you make on this subject?
Look, I had a meeting with all the teams at Anaheim. They wanted softer punishments for their riders. We are a member of the International Olympic Committee and therefore we must accept the rules of WADA [World Anti-Doping Agency]. Sometimes they are very strict, quite arrogant and I don’t like the way they behave but the fact is that we do a lot of anti-doping tests in all disciplines; MotoGP, Enduro, Trial, motocross or whatever. Except for the Andrea Iannone incident in MotoGP and one in Trial we had four or five in supercross before my time as FIM President. This was a big problem with the supercross teams because they couldn’t accept that they [the riders] could be [banned] four years without competing, etc. I made a protocol and the best I could do was, [earlier] the blood samples would travel to Europe to be analysed in a German laboratory. We made an agreement with USADA. The decisions were made very quickly and after that there were no more cases in the U.S. and that’s it. But we cannot have a system for the American riders and a system for the European riders. That doesn’t work and I cannot say, “Okay, we don’t test you.” It is what it is. These are the rules. I think sometimes—for certain cases—it is too hard for a rider to be banned for four years. In Iannone’s case I’m sure it [the banned substance] gave him no advantage, and we gave him 18 months but he did not agree and went to the court in Lausanne [base of the Court of Arbitration for Sport] and got four years. What can I do? We have to comply with the rules. Together with the FIA and the promoters of Formula 1 and MotoGP we are planning to talk with WADA to try and see if we can have different punishments, let’s say, for motorsports. But this is a long shot, and I am not sure if it will succeed. I understood what the American teams wanted to say…but these were the rules. Now it is up to the American Motorcycle Association [AMA] to decide if they do doping tests or not. Now it’s out of our jurisdiction, let’s say. (Editor’s note: The AMA is already working on a new comprehensive anti-doping program for supercross with USADA that is more in line with other domestic motorsports series like the Lucas Oil AMA Pro Motocross Championship.)

The FIM have been proactive in several ways but will the limitations of the pandemic put a block on some of the ambitions for the short-term?
No, no, on the contrary we are going full speed ahead. I am not holding any project because of the pandemic. This has been my philosophy and policy since the beginning [of the situation]. That is why we are here today [at MXGP]. I could have told the promoter: “No, we’ll be here again in a year.” We are doing everything we can. Today we have Superbikes at Donington, FIM CEV in Portimao, Trial in France, motocross here in Maggiora, and the Silk Way Rally in Russia. So, we have not stopped. It’s not easy but we go ahead because if we stop then we are finished. I am still very positive that with the vaccine that things will improve, and they are improving because we are seeing more cases again now but much less casualties. I’m not a doctor but this delta variant seems to be more contagious, but the effects are not as serious. So, let’s hope.