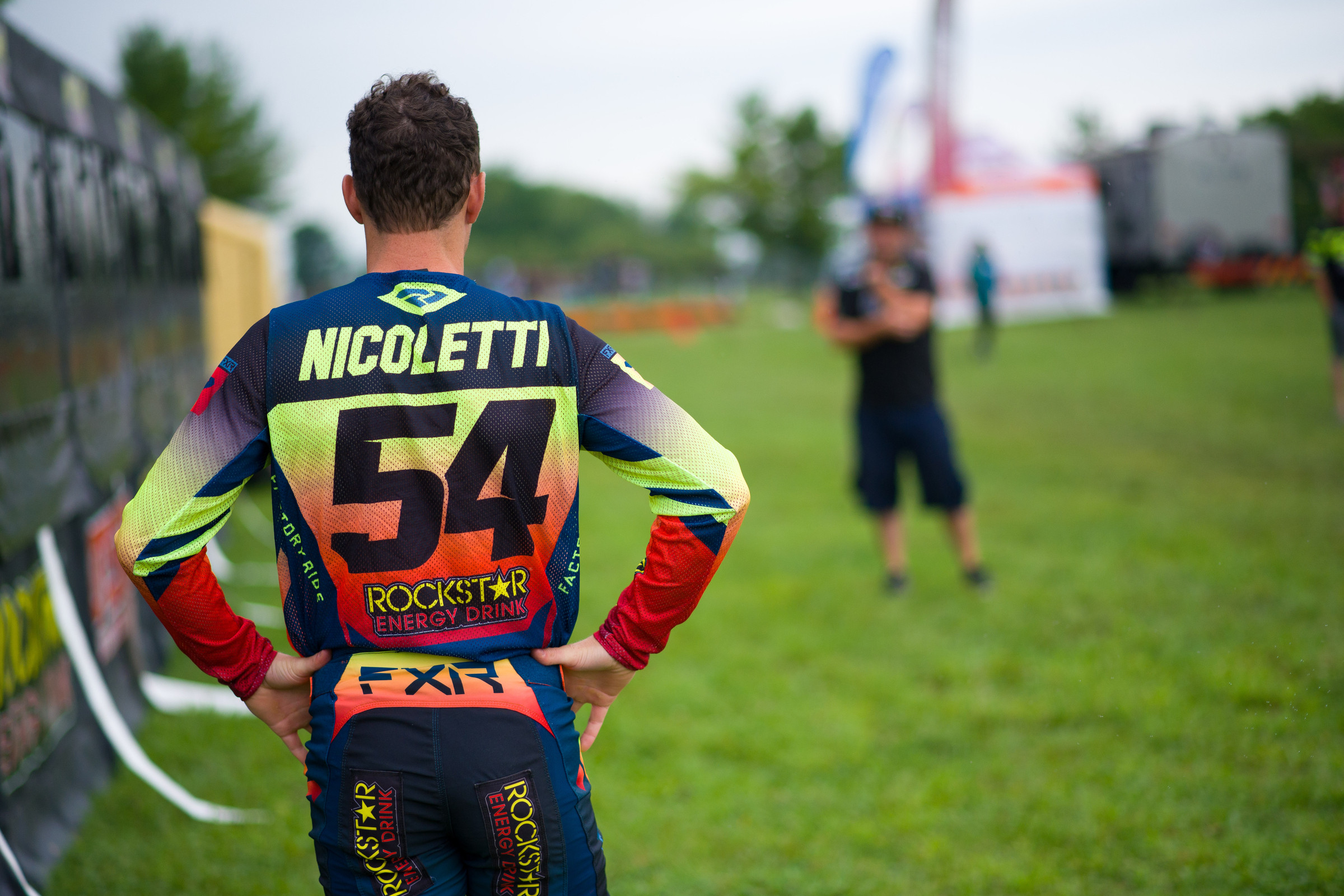 Phil Nicoletti is back! This week Zach Osborne stopped by ClubMX to log some motos, which put the pressure on Phil to keep up with the champ. That's tough. Depressed, Phil dragged himself away from the track to answer your questions.

Send your questions to phil@racerxonline.com. You need Phil and Phil needs you.

Do you feel there should be a rule that prevents riders who the red flag was thrown for from restarting the race? Seems silly. If McAdoo took that same fall and shook it off after half a lap, he’d be last place on the night, but since he stayed down longer he gets to restart.

Listen, if you cause a red flag, you shouldn’t be able to race. End of story! My opinion has nothing to do with Cameron as a kid, because I genuinely like him and his family. But I don't care who the rider is. Whatever rule or guidelines they based that decision off of is total shit. You don’t get a re-do or a mulligan because you laid there for a minute. He made his own mistake, all by himself. It’s just NOT right. How do you justify every other red flag that happens now?! Do you let every rider that goes down and causes a red flag back on the gate solely because they knocked the wind out of themselves and needed a lap to recover?! Every Tom, Dick, and Harry that’s in a championship hunt is going to try and pull that card. Obviously, Cameron wasn’t faking anything with his crash, but this just opens a whole can of worms and to me, it’s not the least bit fair.

What’s your take overall on McAdoo on Saturday? Do you admire his heart or would you have given him the throat-slit sign for starting so much carnage?

I don’t think anyone is saying Cameron is p***. He has balls of steel yet extremities made of rubber. Plain and simple. Some riders that are “injury prone” are probably watching those crashes wondering HOW THE HELL did he survive? This was the perfect example of deathcross at its finest. Cameron isn’t the bulkiest of kids, but his old boy is a brick shithouse, so he must have some of those genes.

I know some of the carnage was due to some other factors. Some riders said cross jumping was involved, etc. I have no idea, there was chaos all over the place, but if that’s the case, that’s sucks, because it’s a shitty feeling when that happens. Having your night ruined because of another rider is terrible. I’m sure if Chris Blose was okay and able to move, he would have given Cameron an earful of wise words for his virgin ears.

Phil. I watched you start a moto ahead of Zach Osborne this week at ClubMX and you couldn’t hold him off. How are we gonna win this year’s 450 National Motocross Championship if you can’t send a message to the champ?

Weege, you’re an idiot. There is a reason he has #1 on his bike and I have #715. If Zachary can’t pass a three-digit guy like me, then it’s going to be a long, dragged out summer for him. No if, ands, or buts, Zacho put a beat down on me. I never even really got to ride with him through the day because he was already checked out in the motos. I’m going to chalk it up to bad day and being moody. More than usual, even. Besides, you only came to see Brayton and Zach and you couldn’t care less about me, so pisssss offfff.