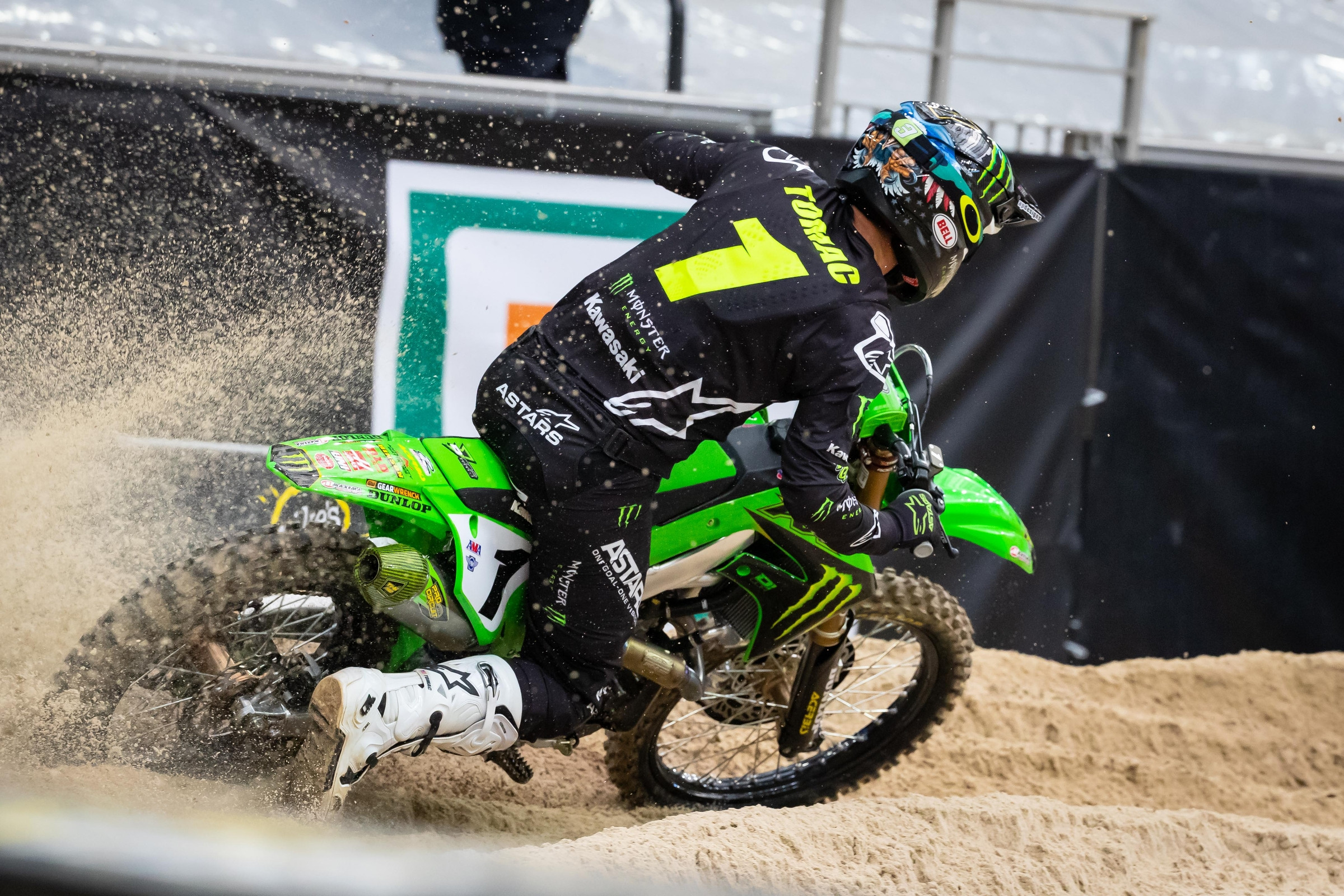 After a frustrating opening round of Monster Energy AMA Supercross, Eli Tomac bounced back in a big way at Houston 2 taking his first win of 2021. For Tomac, the win pulled him right back into the tight title fight at the front while others around him faltered on the evening.

Tomac's win was defined by consistent race strategy after watching the two leaders ahead of him both crash early in the race. His Monster Energy Kawasaki teammate Adam Cianciarulo crashed in the sand section on the fifth lap of the race, while Honda HRC's Chase Sexton crashed out of the lead on lap seven at the exact same spot.

The defending champion was able to settle into his own pace and manage the race from the front there to take his 35th career supercross victory, passing Ryan Dungey for sixth all-time. Now with the third round coming quickly this Saturday, Tomac is in a much better position than he left himself leaving the opener last Saturday. After two rounds, Justin Barcia (40 points) leads the 450SX class in points and Tomac sits sixth in the standings with 36 points, only four points out of first.

Check out 0:32 for Cianciarulo's crash and 0:46 for Chase Sexton's crash in the highlights to see the race defining moments from the second round in Houston, Texas.