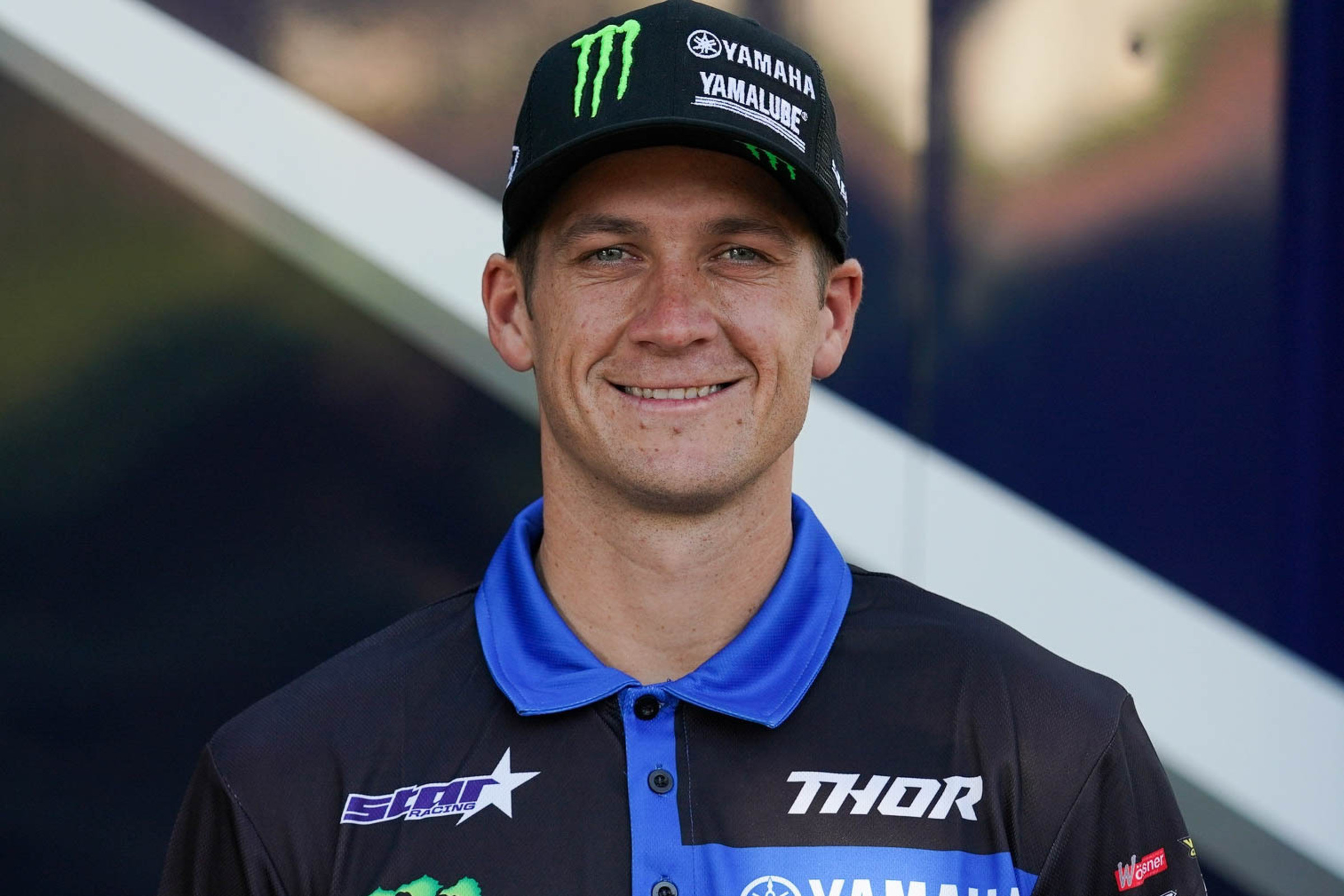 “I know the team over there pretty well and we’ve talked over the years and we’ve never just got a deal done,” reflected Christian Craig on just how he found himself with a contract to sign-on with the Monster Energy/Star Racing/Yamaha race team for 2021. “I’ve always been on Honda. I got the call from the team owner, Bobby Regan, and the next thing you know, I was signing a contract.”

Craig enters his new deal with momentum. The 29-year-old racer originally from El Cajon, California, built a base all summer riding the number 62 GEICO Honda CRF450R during the 2020 Lucas Oil Pro Motocross Championship. Dispatched to the premiere class as Honda’s replacement for Ken Roczen, Craig excelled and wound up sixth in points after the nine-race series, highlighted by an excellent fourth overall and second in the final moto of the season at the curtain closing National at Pala in October. Shortly thereafter and with the season complete, Craig let the world in on the Yamaha partnership.

“Yeah, it’s kind of like a fresh start for me,” offered Craig while taking a breather from a lengthy Yamaha test session in Southern California this week. “I’ve been on Honda for 10 years and my whole pro career. I have nothing against them and I loved every bit of it, but I think starting fresh gives you new perspective and gives you new drive and then obviously I’ll be a part of a whole new team that is dominating the 250 class right now and there is no doubt about how fast that bike is. I know lining up that I’ll be confident in my bike, my trainer and just everything. I feel like I’m kind of at the later stage of my career, but I still have that fire underneath me and I still feel like I’m learning and growing and getting faster and getting better each year. I want to get that title on the 250 before I move up to the 450 class, so I really want to get that sooner or later.

“You know, I had a good 450 outdoor series with Honda,” furthered Craig. “I finished with a moto podium and almost an overall podium, which was one of my best results ever. That was my third time riding for Factory HRC and filling in for one of their riders, so I felt comfortable going underneath that tent and being on that bike. It was a good summer. I started with my trainer early on and we just worked and you could just see in looking at my results from round one to the last round and how much the results improved and how steady I was. I was always fighting for position and I would say there was one race where I didn’t show up at mentally prepared, but all the others I was there and fighting for position. I ended up with good results. It was my best summer and my best outdoor finishes and I want that all to carry into next year. I’m still searching for that 250cc championship and I feel like it’s coming.”

A professional racer who has been at it since the summer of 2009, professional motocross and supercross has been, at times, extremely turbulent for Craig. Bouncing back from a badly broken back in 2009 where he broke the L2 and L3 vertebrae, Craig struggled to push through the mental barriers while trying to mount a comeback. He called time on his racing career for nearly two years. More recently, Craig found himself in the middle of a Federation Internationale de Motocyclisme doping investigation that went on for 10 months before he was eventually allowed to return to competition without losing time. Factor in injuries, off-song results and shaken confidence, Craig has certainly found himself questioning himself from time to time.

“I would say that was the biggest thing,” he started to point out. “Riders can doubt themselves. Especially me. It’s so easy to doubt yourself. I can go out and be one of the fastest guys at the practice track and then it can be hard for me to match that on race day and I feel like my trainer and my mental coach and myself are trying to bridge that gap, so I think once I get that all lined up that’ll show my full potential at the races.”

Everyone who follows this sport knows that the mental and psychological strength required of a rider to excel and perform at his highest level is tantamount to success. “It’s huge,” stated Craig of the importance of mental strength. “A lot of people don’t think about it. They hire the best trainer that can train off the bike and hire the best riding coach and that’s great, but they leave out how much goes through your head on race day and how much negativity and positivity and everything else you just have to control. It’s super-hard to stay level headed, especially on race day. To bring home that win, there is a lot of work that goes into it, especially on the starting line when you’re just sitting there. There are so many thoughts going through your head and you want to try and fill all of that with positive thoughts because it will all lead to good results.”

In 2016, Craig placed a hard fighting third overall in the 250SX West Region. He won a race, and appeared poised for more. The following seasons haven’t gone to plan. Viewed by many as a natural born big bike racer, Craig has bounced back and forth between the two divisions, but with the move to Yamaha, he believes firmly in the current career trajectory, on a YZ250F, in the 250 class.

“It was what I wanted. I want to get out of this 250 class pretty soon, but I do want to win, so I feel like this is the right change for me and the team believes in me and they obviously wanted to sign me pretty quickly and we did that in June. It was all quiet and I had a good run with Honda, but it was time to move on and try something new. It just totally worked out. I literally talked to them and two days later they had a contract and I signed it. No hesitation and no going back-and-forth, it was all pretty straight forward and we all agreed on the same thing. They want me to win just as bad as I want to win. I’m looking forward to it.”

Now begins the work of learning the new team and motorcycle.

“Transitioning into the new team and everything was real good,” says Craig. “I’m trying to stay humble with it. I’m not getting too high or getting too low, I’m just enjoying each day and not expecting so much out of myself. Knowing where I belong, I think that’s the biggest thing. It’s just a mentality change that I’m coming in with next year. I’m just happy to be where I’m at right now and I feel like I’m more prepared than ever and I have a good crew, a good trainer and a good mental coach and everything is just falling into place.”

And the Monster Energy/Star Racing/Yamaha 250F he’s been putting time on in recent weeks?

“I’ve been on the bike for about a month now. I rode outdoor for about a week and then we started riding supercross, so I felt comfortable on the bike right away. Obviously, it felt weird after being on a Honda for so long. It was just looking at something different and that took some time to  get used to, but everything is going smoothly and I’m just slowly building and getting ready for next year. Whatever the team says and wants me to do come the start of the season, I’m in for.”

A racer and competitor who has been around the sport his entire life—Craig’s father Michael was a former factory rider for Yamaha and won the Tampa Supercross in 1994—it took Craig a few beats to answer what would truly make him happy at the conclusion of his first year with Yamaha. As he continues to round out his mental game, he adjusts, making sure to set smaller goals in pursuit of a larger one.