On an August afternoon in the summer of 2020, an older gentleman arrives at Loretta Lynn’s Ranch in the heart of Tennessee to see the first AMA Pro Motocross race ever held at the famous country singer’s home. He has lived nearby his whole life, and while motocross played a huge part in his early years, he never actually raced at this mecca of youth and amateur motocross—Gene McCay’s days on dirt bikes were long over before Loretta Lynn’s motocross became a thing. McCay hails from nearby Lexington, and he’s brought with him a tattered brown Samsonite suitcase he says will help illustrate his brief time as a motocross racer. His memory is fuzzy, which is understandable—it’s been a while. But stored safely inside the suitcase are press clippings, event programs, posters, race results, and pictures that offer a snapshot of what motocross in Middle America was like in its nascent days of the 1970s. McCay, now 60, once gave this suitcase to his friend Don Barber for safe keeping—a good thing, because he lost everything else he owned in a flood. Now, other than what he still recalls, all that’s left of one of the most celebrated and mysterious careers in minicycle racing is inside this old piece of luggage.

Sign-In and Listen to this Issue's Racer X Read Aloud 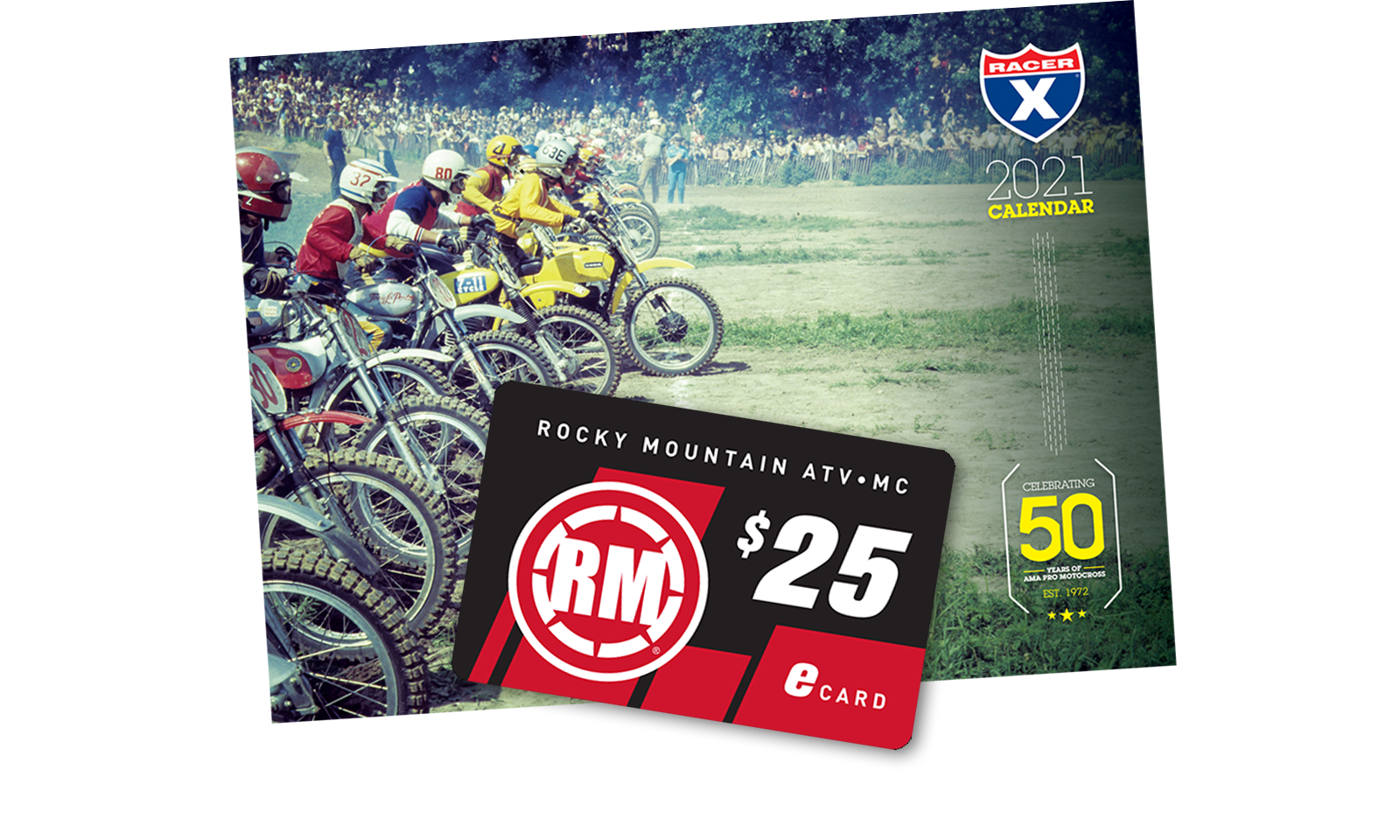