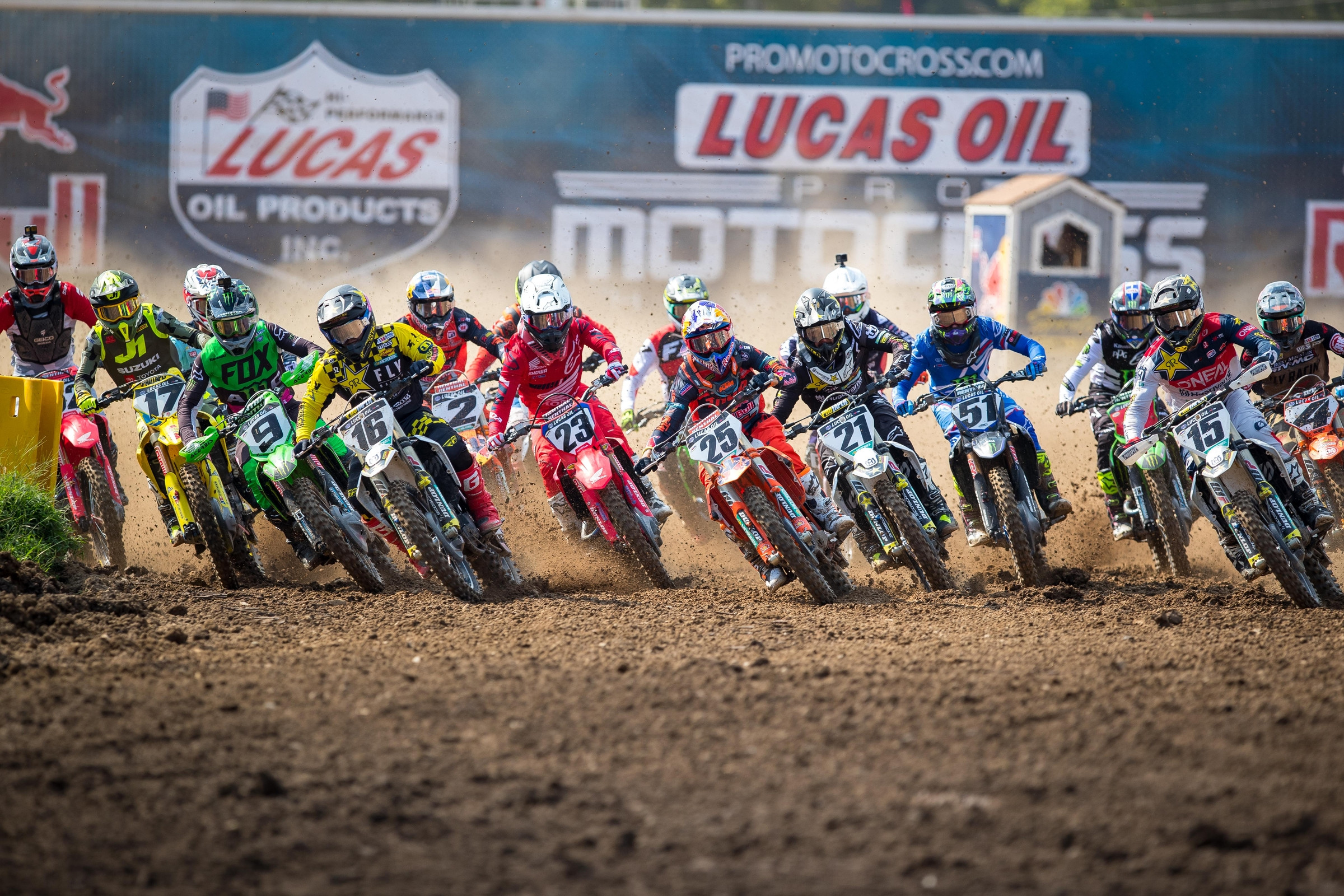 The 2020 Lucas Oil Pro Motocross Championship kicked off over the weekend at Loretta Lynn’s Ranch in Hurricane Mills, Tennessee. As such, we fired off questions the way of long-time pro Jason Thomas to get his insight on the key takeaways from the first ever Pro Motocross at the Ranch.

Okay, how did Loretta's look as a pro track? Obviously, the heavy rain Thursday and Friday had an impact as well.

I was pretty skeptical going in, to be honest. The Loretta’s track is a fairly small layout with sub two-minute lap times as the norm, and that is for intermediate level amateur riders. While this coming Saturday might change the narrative if we have dry conditions, the first go-round was a success. The rains on Friday really helped slow the pace and make the track more of a challenge. Riders were forced to respect a racetrack that otherwise might have felt somewhat basic. Overall, I think it worked. So far, so good. Timed qualifying was a bit of a mess with questionable prep decisions (track was really hurt by pushing the mud off Friday only to have it rain again) but none of that mattered when the gates dropped.

You picked Zacho to win the race and he did. Will this trend continue?

I really feel that I nailed this pick, going against the grain. I just had a good feeling about Zacho and had zero reservation about picking him for his first career 450 win in the Lucas Oil AMA Pro Motocross Championship. I think that the prudent thing to do is to continue picking the man with the momentum. Zach looks like a very likely winner for the next eight rounds. Stamp it. Read Staging Area every week for more.

Did you have Jason Anderson rolling to the first moto win of the season?

I did not. Not even in my stream of possible outcomes, honestly. He proved many, many people wrong in that first moto. He mentioned having a clear track and that being advantageous, but he is the one that created that dynamic by dropping the field in the early laps. That wasn’t an accident and he shouldn’t brush it off as anything but a great effort. He deserved that win. Impressive stuff.

Any concern for Eli Tomac?

Other than Zach Osborne winning nine rounds en route to a sweep, nah, nothing to be concerned about. He did not have a great first moto, but he cited bike settings as being amiss (ahem Matthes). Once he got that sorted, his second moto was much more on form. I think that second moto ride put any concerns to rest.

Where are you on the Chase Sexton hype meter now?

He is going to be really good. His qualifying session was impressive and set the tone for expectations. I believe he pushed way too hard in the early laps of the first moto but that’s understandable for a 450 rookie wanting to win the moto on the first lap. His second moto was a much more methodical approach and his result reflected that. He is racing seasoned veterans that understand the ebb and flow of a 35-minute moto. This entire summer will be a learning experience for Sexton. He will have good motos and bad motos, too. His future is awfully bright, though. Interesting dynamic in the works for Honda HRC.

Is the 250 class, is this just Dylan Ferrandis' world and everyone else is just living in it? He even dropped "perfect season" on the podium, although he might have only meant "perfect" as in a "great year." Or maybe he means 18-0?

I am going to cut him some slack here, based on the language barrier. Ferrandis is conscious of his still-developing grasp of the English language. We shouldn’t always expect him to know how to successfully weave in and out of very touchy phrases. I do not believe he would talk about perfect seasons on the podium, so I simply don’t believe that’s what he meant. In this context, I believe he meant winning both the SX title and the MX title in the same season, hence “perfect.” If I am wrong, though, unleash the hounds. No one should ever mention a “perfect season” in that context at the first race.

Who else stood out during the day?

In the 250s, RJ Hampshire was crazy good after knee surgery about 24 hours ago (yes, people, I know it wasn’t actually 24 hours ago). Shane McElrath was better than I expected. Mason Gonzales deserves a shoutout in his first pro race. Conversely, Hunter Lawrence had a bad day and will need to rebound this Saturday. Monster Energy/Pro Circuit Kawasaki will also be looking for a stronger second round.

In the 450s, I thought Justin Barcia deserved a few pats on the back. With literally zero hype coming in, he rode himself onto the podium in the first moto and fought back to a seventh in the second moto after a first lap crash. Adam Cianciarulo will be one to watch at round two after crashing out of the lead in that second moto. I also expect Marvin Musquin to steadily improve and be a podium guy VERY soon. Most importantly, this 450 class is deeper than recent years and we, the fans, are the benefactors.

The fantasy loser is easy. Right here, my team, that was a loser. Things were going ok, not great, until that final 450 moto. With both Benny Bloss and Jake Masterpool finding an early exit, my team tanked like General Sherman. Fantasy is such a brutal love/hate situation. Other tough days were had by the aforementioned Hunter Lawrence, Jalek Swoll, Stilez Robertson, Darian Sanayei, Carson Brown, Justin Bogle, Alex Ray, Fredrik Noren, and Christian Craig.

On the positive side, Mason Gonzales made it happen. He nearly maxed out his points potential, besting the rookies. Jett Lawrence didn’t necessarily set the world on fire, but 6-7 scores are certainly solid. Nick Gaines put up big points, too, after being stuck in a mammoth sized mudhole in practice. Luke Renzland’s 21-12 score put him near the top of 450 points scorers. Jeremy Smith maxed out at a perfect 100 points and also was the catalyst for me puking into my own mouth on Saturday from regret. I hate fantasy.