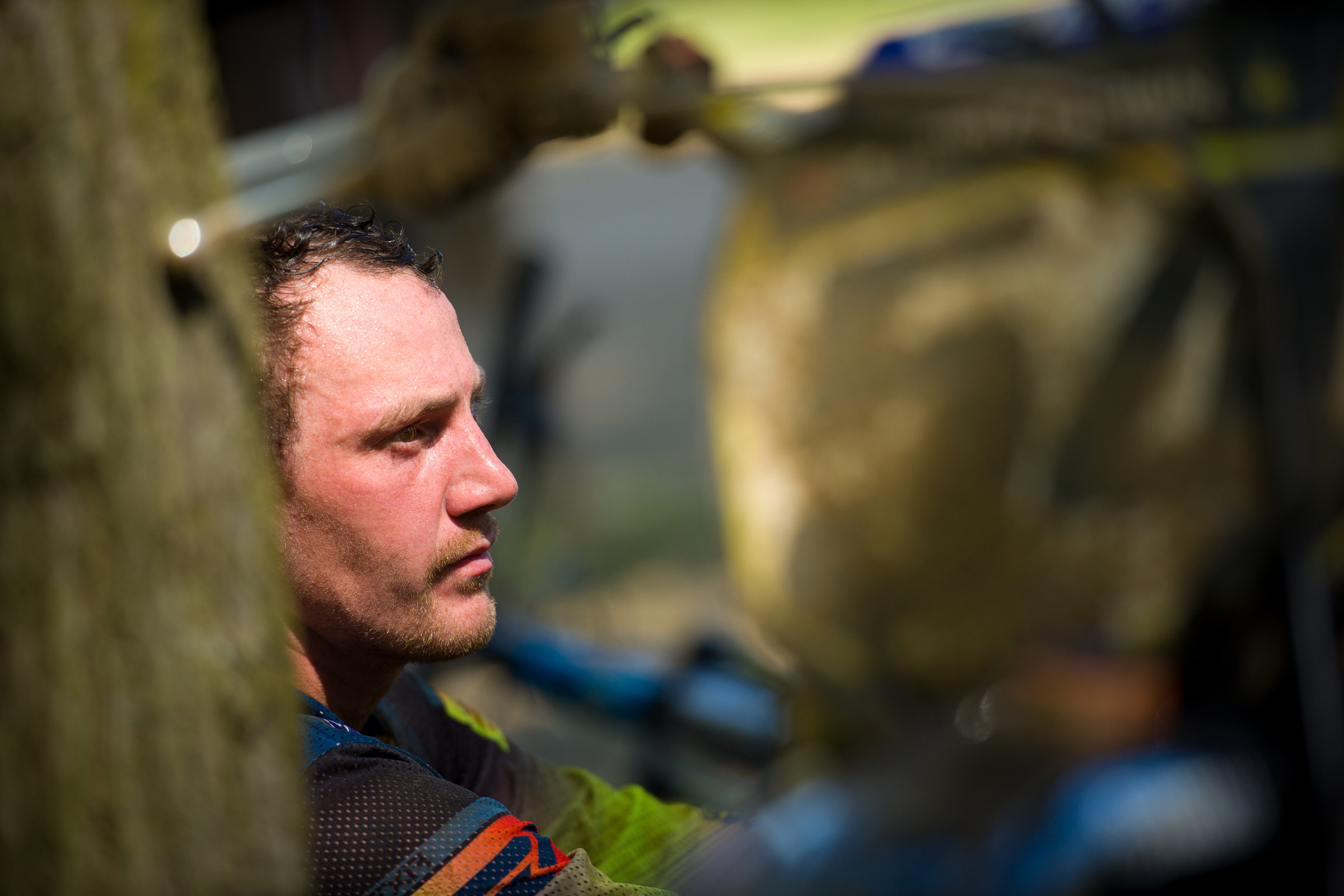 Well, round one of the Rockstar Energy Triple Crown Series up in Canada saw some predictable action in one class and in the other, well, we might be witnessing the start of history here. It’s early, though, so we’ll hold off on stamping anything, but we’ll get to that soon.

First off, if you missed it, we covered the changes for the Canadian series last week on this very site (we had a preview podcast on the championship and I wrote a full preview as well). Just know that at four of the five scheduled rounds, there will be three motos. And know that out of all the tracks on the circuit where doing three motos in two days would be the toughest, it was this past weekend at Gopher Dunes. Think Southwick on steroids and you have The Dunes. It’s pretty much just like Lommel (I’ve been to both) which makes it one of the toughest races in North America for the guys. And they get three motos thrown at them at round one!

Let’s dive into some “Observations” from Gopher Dunes, yeah?

First of all, it’s 2020 so I’m not going to just praise the Jet Werx guys for the ability to watch the races on the internet. I get it that in 1985 we got one race a year on TV, so compared to that live internet coverage is amazing and all that, etc. The point is in 2020 you have to give people the ability to watch the races ala carte because, well, you just have to if you want to be taken seriously as a sport. The guys teamed up with Two Wheel App to do just that the past couple of years and it’s been pretty good actually.

But this weekend, holy heck was it a tough battle to get it all right. Lots of technical issues, no interviews from the riders afterwards, the commentators didn’t have a monitor in front of them so what we were seeing on the screen didn’t even come close to matching up to what they were talking about, they couldn’t see the start or the first 3/4 of a lap so no calling of who was who off the start, the colors were wildly different. Some cameras were great, HD quality, others looked like it was 1945 and we were in WWII watching black and white. I don’t know what was going on but it was a tough watch for sure. It can only go up from here I suppose?

Now, onto that history I was talking about up top: the domination in the 450MX class of GDR Honda’s Dylan Wright. This was Wright’s first ever 450 race and he went 1-1-1 with relative ease. Yeah, I know he was the MX2 champion last year but that was also the first year that the always-fast-but-sometimes-sketchy kid had been consistent. It was “thought” that this year would be a learning year on the 450, with some speed but also some mistakes. Well at Gopher there were no mistakes, just perfection! Was it the deep sand? The bike set-up that his team knows so well? The home track advantage (his GDR Honda team is based out of there)? We’ll see in a couple of weeks at Walton but it says here that he’s for real.

Rockstar Energy Yamaha’s Phil Nicoletti went 3-2-2 and was kind of by himself for most of his time out there. He was clearly ahead of Monster Energy Kawasaki’s Matt Goerke but far behind Wright. I saw a photo of Phil and he was smiling afterwards so that’s already weird. Phil will go back to being very unhappy if the rookie kid keeps working him.

We haven’t seen photographic evidence of a smiling Phil, but we do have a second witness on this:

Goerke was alone in third most of the motos (Ryan Gauld, one of the commentators for the series, said it perfectly when he mentioned the entire 450MX class this weekend seemed to be practicing social distancing!) while his teammate Tyler Medaglia snuck into a second in moto one when Nicoletti fell. These four riders seem to be on their game and will take up most of the podium spots this summer.

The depth of the 450s isn’t like it used to be, that’s for sure but Sam Gaynor of the Rockstar Energy Yamaha team seemed to take a step up over the winter as he secured a sixth overall in the big bike class. Not sure if it was because of the sand or what but good job to him.

Speaking of depth, the series got a shock when Red Bull KTM’s Cole Thompson didn’t race on Sunday because of a shoulder injury that he got from what I assume was a crash in moto one on Saturday. Thompson was only 16th in the first moto of the year due to a penalty for cutting the track (that cost him five spots). Then he missed Sunday, so a rider that KTM thought could challenge for the title is already way back in points with a 16-DNS-DNS. Will he make it back for round two in two weeks? We’ll see but that’s got to suck for Cole and KTM.

I did hear that it wasn’t a shoulder injury for Thompson also so I’m not sure what the deal is here but I know they said shoulder on the broadcast.

An update from Round 1. I suffered a shoulder injury during the first moto ending my weekend early. So sorry to my team and everyone involved with the program. I’ll do everything I can to be back at the races soon. Thanks @ktm_canada @redbullcanada @thormxofficial @partscanada @oakleymotorsports @sbeattie26 📸 @imoto_films

In the MX2 class it was all about Red Bull KTM’s Jess Pettis. The 2018 250MX champion that most of us thought would be the guy to beat this summer didn’t disappoint. Pettis suffered injuries last year so he never got going in his title defense but he’s healthy now. He went 1-1-1, so it’s good for Pettis to start the series off strong.

Monster Energy Kawasaki’s Marshal Weltin was pretty good all weekend also and even though he crashed in every single moto, he was able to go 2-2-4 for second overall. At one point he was winning the overall I think but the TV broadcast was having technical difficulties at that point. Good for Weltin who has seemed to find a home for himself after aging out of MX2 in Europe and having a poor SX comeback. Phil’s buddy will be Pettis’s number one challenger for the title, in my eyes.

I think I made a mention that you could flip a coin between GDR Honda’s Tanner Ward and MX 101’s Marco Cannella as far as who does what this year. These two kids always seem to find each other out there and they’re both emerging forces in the class. Cannella got Ward for third overall this weekend but they actually tied in points.

Ward was out of it in the final moto from the heat and the track conditions and needed medical attention after the last moto. Scary stuff but apparently he’s doing fine now.

The great hope for my home province, Manitoba, is Ryder McNabb who’s just 14 and a B rider (both of which is fine to race pro in Canada- insert shoulder shrug emoji here). He’s got The Newf spinning wrenches for him and I’m not sure if this is a good or bad thing, I’ll be in touch on that. Anyways, McNabb crashed 32 times in his first pro moto but settled down after that and made a great charge in moto two from wayyyy back to sixth in moto two. Another top ten in moto three and it’s clear that he’s got potential to be the next big thing, I mean, he’s just 14! Clearly the kid has ridden at Austin before, which is where I grew up and is also lot like Gopher Dunes and. Wait, the track’s been gone for 15 years? He’s only 14? Carry on then…

I don’t know anything about William Crete from Quebec but he was up there for most of the motos. Good work to the Frenchman!

Another William C. was highlighted this weekend, as William Cote almost got landed on but luckily both him and Chris Dasilva (who attempted the pass) were unharmed in the incident. HOLY CRAP, RIGHT?!

SKY Kawasaki brought up a couple of American kids in Ryan Surratt and Richard Taylor to do battle and Surratt was solid all weekend long. He’s a SoCal kid, he’ll be better when the tracks don’t have ten feet of sand everywhere while Taylor was just on the edge of a top ten all day. Taylor’s just getting his feet wet as a pro and will also be better on the hard stuff.

I don’t know how old Davey Fraser is but I would be he’s in his mid 40s, right? I’m exaggerating but seriously, he’s been racing a long time now!

Women’s Champion Eve Brodeur whupped up on the ladies’ class like she usually does but also decided to race the men’s pro class. Twenty ninth overall for her and a tip of the visor for the effort and for all the motos she ending up racing.

That’s what I got from the first round of the Canadian MX series! Before I go, I’d just like to remind you Americans that the two winners this weekend were both Canadian! YAY CANADA!