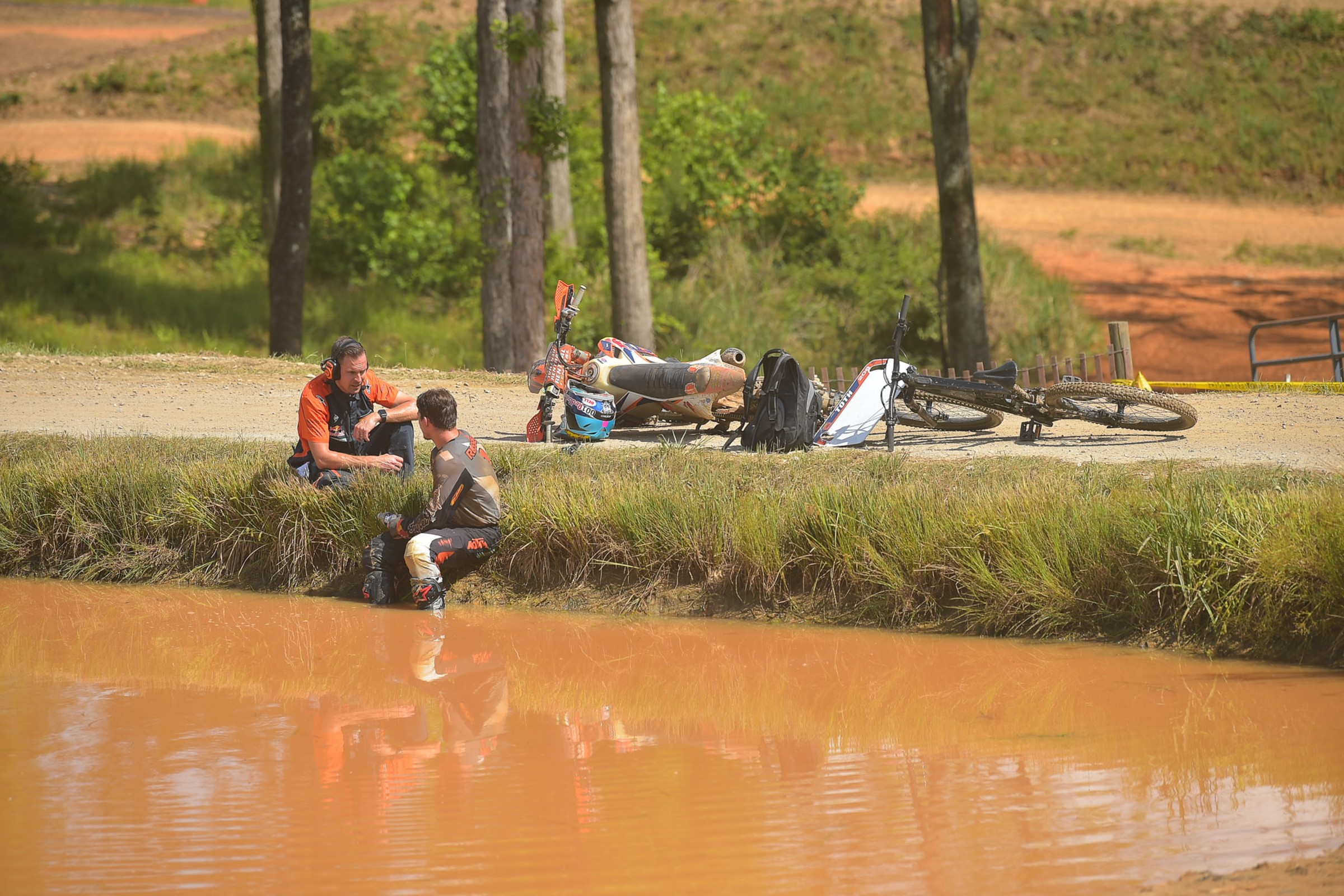 Advertisement | Advertise with Us
Washington, GA The Bulldog GNCC Racing

We’ve all been looking for that little bit of light at the end of the tunnel—that little glimmer of hope that this whole crazy coronavirus deal is going to end and we can all get back to some form of normalcy. Sure, life is going to be different—some things will never be the same—but we all seem ready, willing, and able to adapt when the time comes. Or at least that’s a common hope, anyway.

This past weekend, GNCC racers and their families got that first little glimmer. After sitting idle like the rest of the motorsports world since late March, the AMA Grand National Cross Country Series decided to begin racing again at the Bulldog GNCC at Aonia Pass MX in Washington, Georgia. Located in the first state that made an across-the-board effort to open back up, and armed with the “white sheet” that the Safe-to-Race task force pulled together over the course of the past six weeks, the Bulldog GNCC would be the first big race in what will eventually be the post-pandemic world. The series organizers (next door to us at Racer Productions) worked for weeks to learn about all mitigation and social distancing, working with local health officials in the community to address their concerns and also invite their input. They didn’t really advertise the race, in hopes of not attracting too many people to properly implement the new safety protocols, and even had the Racer TV crew stay home in order to minimize the amount of folks traveling down to Georgia and attending the event.

I was going to skip the event myself, but when I had to go to South Carolina for a family matter, I decided to go ahead on over to Aonia Pass just to see what a race looked like now. I drove right past Darlington Speedway on my way, and they were hosting the return of NASCAR the very same day, though that race would be run without any spectators.

When I pulled up to the front gate Sunday morning, I was surprised that there were so many cars and vehicles parked around the spacious facility. At first I thought it was because everyone was parked so far apart as they social-distanced. Turns out that the event had a much bigger turnout than expected. At first, the GNCC folks thought they would get maybe 750 to 1,000 total riders for the two-day event. Instead, they signed up an event-record 1,825! And even though the race was hot and dusty, everyone seemed thrilled to be there. Sure, some of the rules were different, like only one person per rider on the starting line, but those are just the kind of changes that make sense, given what we know about this disease.

Granted, not everyone on the property was wearing masks, but the same could be said for every restaurant and business in nearby Augusta, where I spent much of Saturday afternoon. Georgia as a state is leading this reopening; in the past week, my job has taken me to several states, from Ohio to South Carolina and all of the ones in between, and I can tell you that they are all at different levels of openness, from all but shuttered Pennsylvania to almost completely open Georgia.

Ever since this whole thing started, I have erred on the side of caution with my home as well as my business, getting used to having a mask around my neck most of the time, though not always covering my face. I trust the doctors and the health experts’ opinions of this terrible virus, which has now claimed at least 90,000 American lives. But I also believe it’s not the same for everyone, and sooner or later we will get on with our collective lives. The GNCC racers and their families and fans seemed very eager to be at the vanguard of the reopening of motorsports, as the very nature of that kind of racing—out in the fields and woods and across many miles of trails—makes it a lot different than attending, say, an arenacross race or even the stock car race over at Darlington.

What has not changed is the fact that FMF/KTM’s Kailub Russell is the alpha dog out there on motorcycles, as is WFR/GBC/Fly Racing/Yamaha’s Walker Fowler in ATV racing. Russell and Fowler each collected their fourth straight wins of the seasons, meaning both remain undefeated for 2020. (In Kailub’s case, he battled Ricky Russell until the last lap, when Russell suffered a terrible crash and a deep cut in his leg. Get well soon, Ricky.)

Finally, I’ve been hearing for a few weeks now that motorcycle dealerships and industry businesses have been doing brisk sales despite the lockdown. Well, after seeing the huge turnout of riders at the Bulldog GNCC, I can tell you that it’s true!