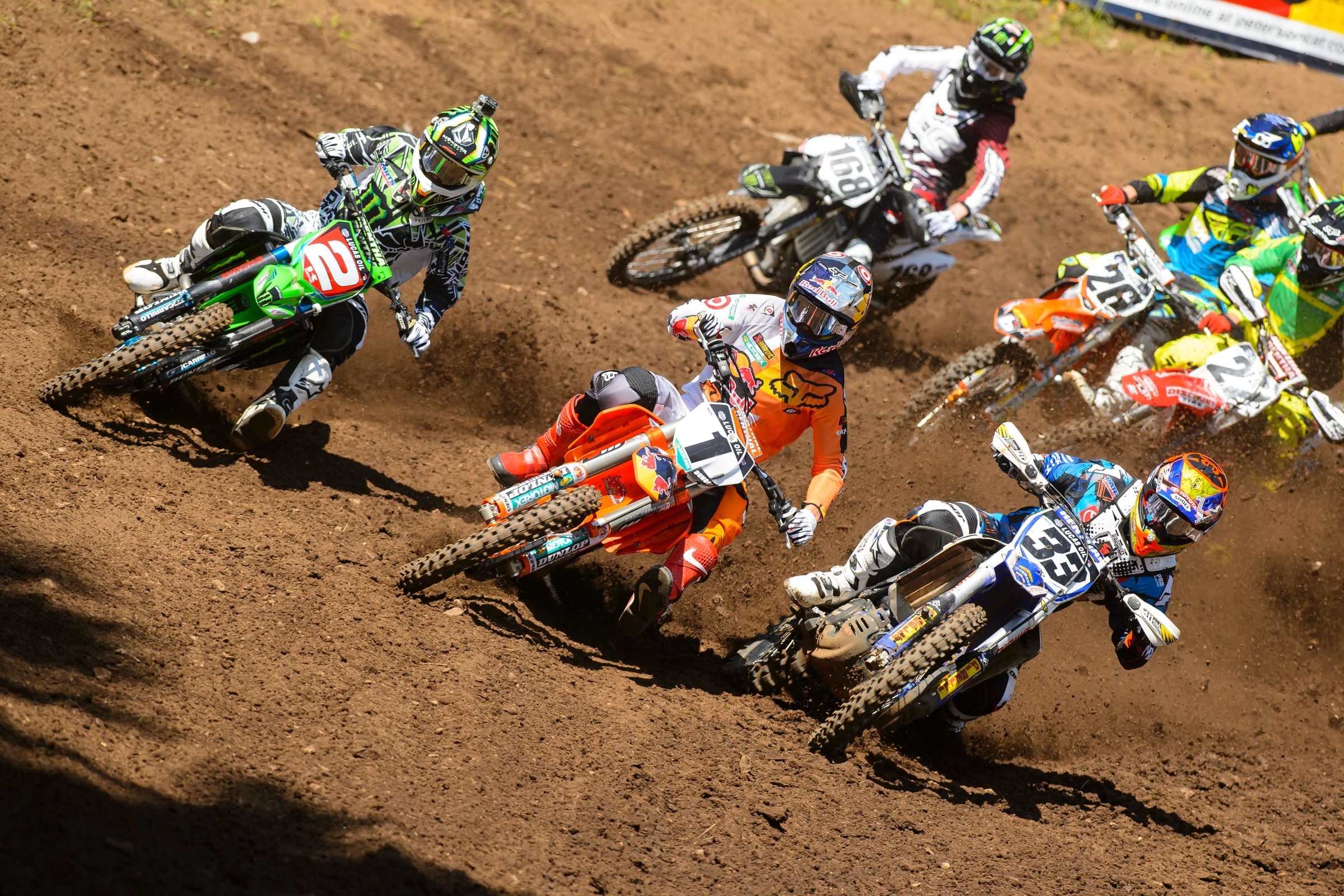 How to Pro Motocross Watch Party, Behind The Bars, And Moto Fite Klub

Unfortunately there aren't any live races to watch on TV at the moment. But there’s still a chance to watch racing. NBCSports Gold has extended the free watch period for Lucas Oil Pro Motocross through the month of May. There's also plenty of other stuff to get a racing fix this weekend.

How about a classic duel with The Ryans? This is one of their last big outdoor battles, as the 2013 season would serve as Ryan Villopoto's final year in AMA Pro Motocross. He would win the championship and hold the upper hand on Dungey for most of the season, but, oddly, Washougal is a track that had always worked better for Dungey. It's strange because Washougal is RV's home track, but the slippery soil always played into the hands of the smooth RD.

Anyway, The Ryans battled so many times throughout their careers. Here's both motos of a good one.

On the Pro Motocross Facebook page on Saturday at 3 p.m. EST/Noon PST, watch both 450 Class motos from the 2013 Washougal National.

Head to head. Two of the best riders in the world ???? Who’s ready to watch with us this weekend⁉️

Snowshoe is a unique race compared to other GNCCs, and Kanney and Bach describe the training, testing and preparation they did to ready themselves for the race. Kanney even found an out-of-production Dunlop tire that he knew would work best on the rocks!

Robinson was in the XC2 class and was physically leading the overall at one point on the last lap, but ended up second to Kanney. Watch to see how the entire race unfolded!

Check it out below starting starting at 4 p.m. EST/1 p.m. PST today.

Moto Fite Klub is alive! Ten legends of the sport have decided to put their own event together to raise spirts and raise money for charity. This is real racing on real bikes--it's not a virtual video game and it's not a pit bike race. It takes place next week, with a free bench-racing trash talk session at 7 p.m. EST/4 p.m. PST Monday night, May 11, and then racing on May 12 on 5 p.m. EST/2 p.m. PST. The racing is a pay-per-view deal at $19.99 via FiteTV.

Here's the full press release with everything you need to know. Make sure to sign up to watch next Tuesday night.