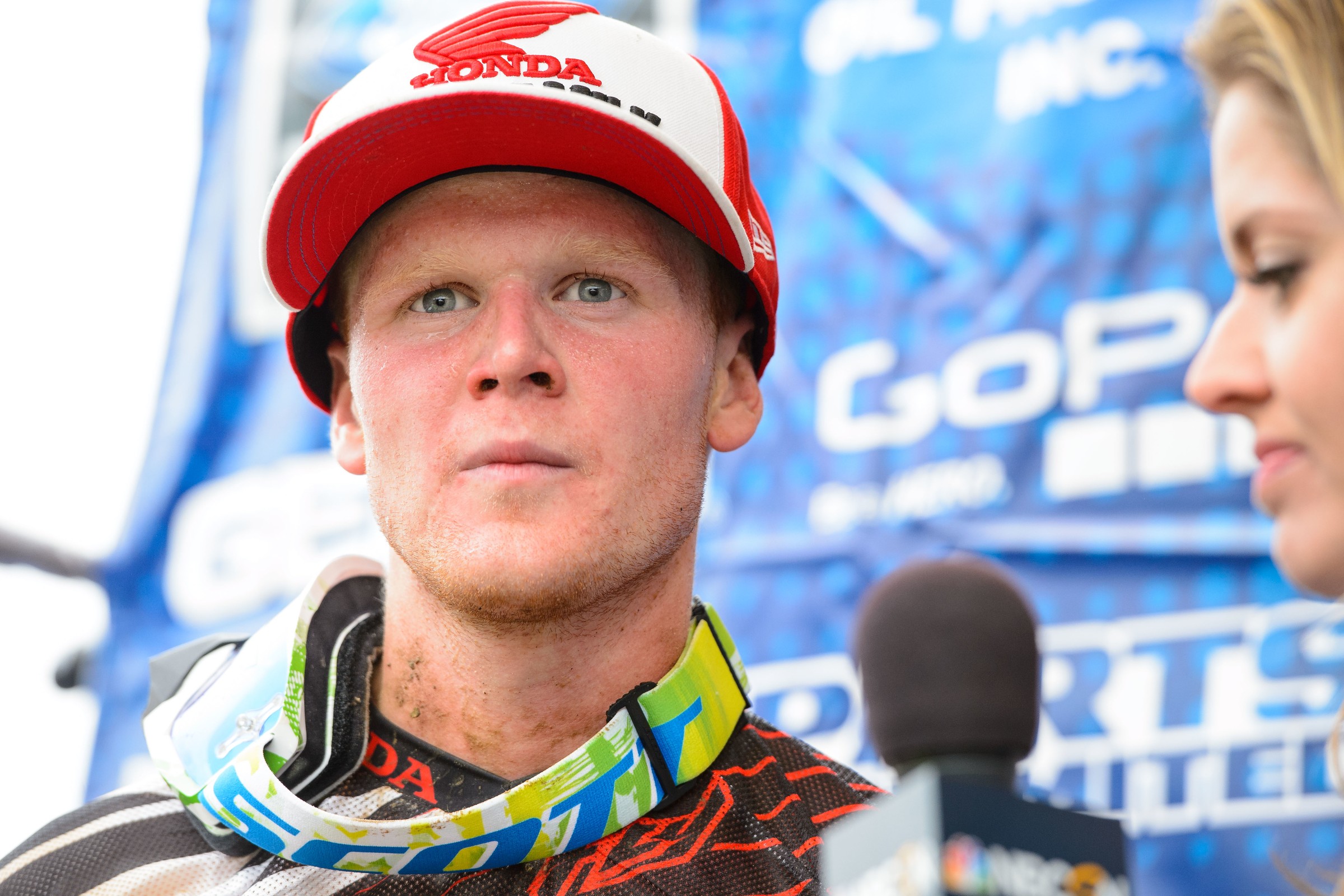 Without new races to cover, our team has fallen into deep dives from old races. We know what to make of past seasons, but 2020 is subject to change without championship context. Have Eli Tomac and Ken Roczen been great this year? Yes, but what if they can’t hang on?

When we look at the old stuff, we believe we already understand it all. When we look deeper, though, we realized what we missed some things. The obvious bench-racing question is who you would place on the Mount Rushmore of motocross, and that answer has clear candidates, big names like Roger, Ricky, Jeremy, Bob, and many others. They’re legends. A legend’s star burns brighter as history marches on. Old schoolers begin every comment section with “What would Bob Hannah have done?” before explaining that Bob could ride and walk on water. For riders outside of this status, their speed gets a little forgotten.

Over the next few weeks, let's remind everyone of some other speedsters.

We will start with a recent one. Trey Canard, or, for the purpose of this story, lets call him Trey Freakin’ Canard, man. Trey was fast!

We recently unspooled the archives of the Lucas Oil AMA Pro Motocross Championship for Saturday watch parties, and discovered two all-time classic motos between James Stewart and Trey. Yup, Stew, a legendary fast guy and race winner versus Trey, from High Point in 2014 and Millville 2013. They were an equal match, and the battles went right down to the wire. At Millville in 2013, Stew edged Trey in moto one, Trey edged Stew in moto two. It was awesome. But Trey had been battling super fast guys for awhile. As we kept finding classic races with Trey at the front, I was compelled to text him and congratulate him. He won some big races.

“Thanks dude,” Trey wrote back. “Yeah, if only like five other dudes didn’t race, I’d be the GOAT!”

Well, there were five or so other fast dudes that did race in Trey’s time. He could beat them on the right day.

Surely you remember that time when Trey, as a rookie, went toe-to-toe with Ryan Villopoto for the SX Lites East Championship, and Trey put RV into the finish line scaffolding to win the title? Trey had the pace to get into rare air, battling with Stew, Villopoto, Dungey, Reed, Roczen, and more.

I’ll illustrated this another way: there were multiple Anaheim 1s where, with hype and #deepfield predictions at a fever pitch, I remember watching the 30 second board turn sideways and thinking, “You know, if I roll up everything I’ve seen from press day, practice, qualifying and the heat races, I feel like Canard has looked the best of anyone tonight.” Multiple years against multiple loaded fields, and Trey looking like he had the stuff to best them all.

Trey’s final win? The 2015 San Diego Supercross, where he went up against Roczen, and beat him in a straight-up 20 lap duel. Roczen was a beast in early 2015, but Trey was on his game.

That 2015 season came off the heels of a remarkable revival at the end of 2014, when Trey switched to KYB suspension on his Honda and suddenly found another level, winning 450 motos in a flurry and ending the season with a 1-1 sweep at the Utah finale. In 2015, Trey took a few races to get rolling (remember the infamous black flag race with Chad Reed?) but once he did, he won two races and was kept Ryan Dungey from fleeing in 450SX points. He was hampered by bad starts that year, though, and it cost him one week when he got caught in a first-lap crash, and got hurt.  The injuries would always derail Peak Trey.

As we will find over the next few weeks, what really divides the super fast guys from the legends is hard to define, but we probably know the answer. You’ve gotta have that big-bike title, and perhaps more specifically, the premiere-class supercross championship, for history to really give you your due. Guys like Mike LaRocco, Mike Kiedrowski, and Broc Glover probably don’t get enough credit because they missed the SX title (Glover came oh-so-close). Trey Canard boats a 250SX Championship (from that 2008 battle with Villopoto) and the 2010 250 Class National Championship, where he staged an epic comeback against Christophe Pourcel. A National Motocross Championship makes you a bad dude, but Trey is even badder than that. On the right day, he was as fast as anybody. Let’s not forget that!

Matthes, have anything to add?

Matthes: They say, and “they” are right by the way, that every time you get hurt it gets harder and harder to get back to where you were. Building speed takes a long time and any interruptions really set you back. Except when it came to Trey Canard. Canard had the unique ability to come back from a big injury and drop right in like he’d never missed any time. It was remarkable and very rare. Canard may have missed out on more race wins than anyone due to injuries, but in the races he did win, man was he on it! Also, I know we talk about Stew being the scrub god and he did perfect something that JoJo Keller did all those years ago…but as a Stew fan I hate to admit this….okay here it comes…Canard was better at scrubbing than James. Yes, he was! Seriously, it was so sick when Trey would do it and there are some incredible photos out there of the #41 dragging a peg. Trey Canard was pure, raw, nasty speed people. We all need to appreciate that.