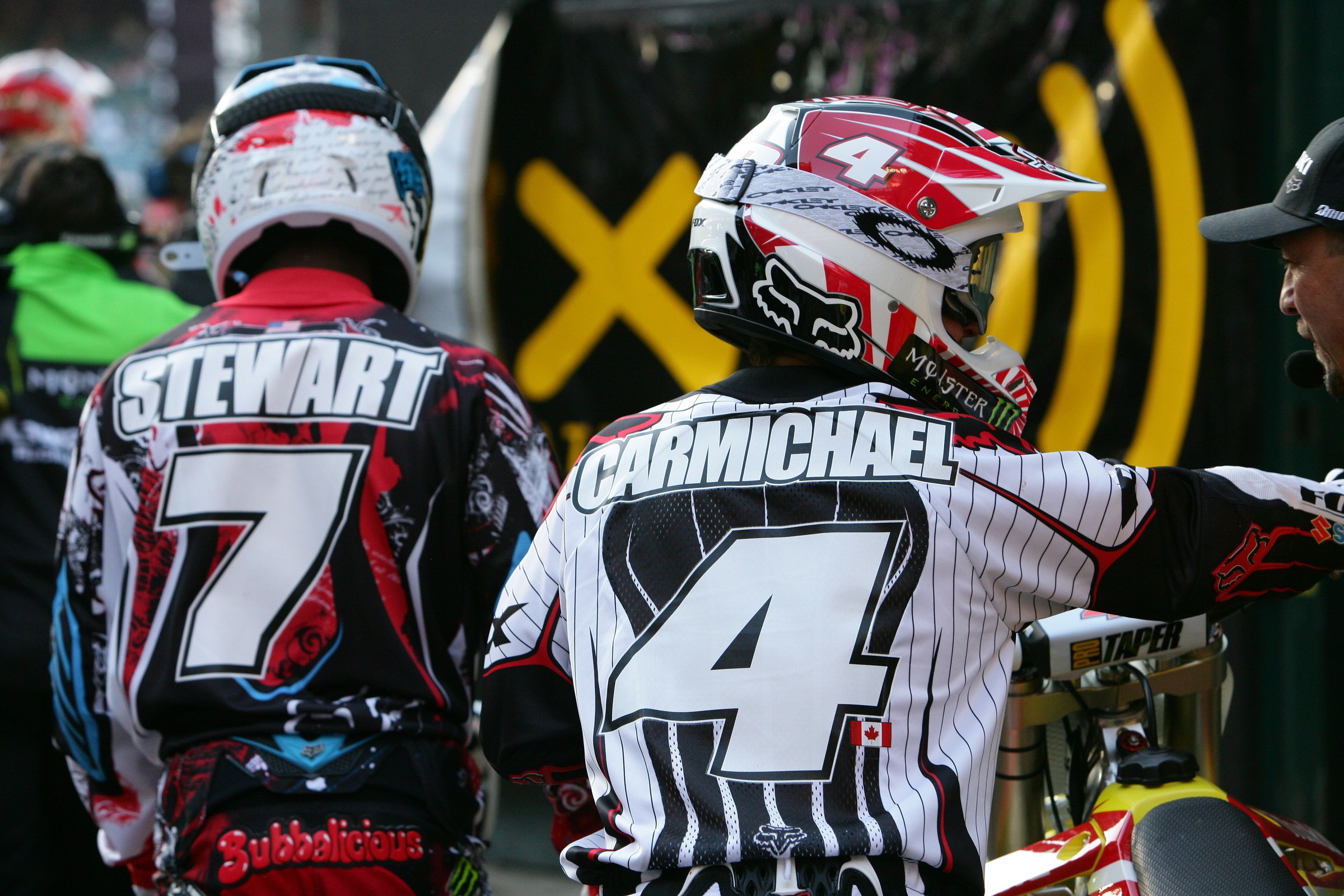 How to Pro Motocross Watch Party, Behind The Bars, And MX Simulator

Unfortunately there aren't any live races to watch on TV at the moment. But there’s still a chance to watch racing. Throughout the month of April, you have the ability to re-watch any round of the Lucas Oil AMA Pro Motocross Championship from 2017, 2018, and 2019 and FREE access to nine different sports passes. For more information, check out the press release from MX Sports with the full details.

But there's much more out there. Here's some stuff to get a racing fix this weekend.

In the summer of 2007, Monster Energy/Pro Circuit Kawasaki teammates Ryan Villopoto and Ben Townley engaged in a tremendous battle all summer long, trading wins and the points lead in the 250 class week after week. The second moto at RedBud is another good one between RV and BT. They were left to duel because Suzuki's Ryan Dungey has crashed out of the race in practice. Wait, Dungey actually crashes?

The 2007 season was the last for Ricky Carmichael, but he promised to only race half of each championship, supercross and motocross, with a plan to win races but avoid championship pressure. He'd face a game James Stewart in the battle for wins, though. The RedBud 2007 race would mark the very last Carmichael versus Stewart battle ever. It didn't disappoint.

In the first moto, holeshot master Mike Alessi got out to an early lead but a hard-charging James Stewart would overtake the KTM rider. Stewart held onto the lead until a Carmichael boost up the rollers and slingshot around the outside of Stewart gave RC the lead before LaRocco’s Leap. But Stewart fought back, and the duo chased each other all the way to the finish. Stewart got the win, making him the only man to beat Carmichael so far that year outdoors. Stewart had three first-moto wins, but had yet to take an overall. Could he finally beat RC in a second moto? We don’t want to give too much away for this one but, join us as we relive the last RC-JS7 battle from legendary RedBud—this is one you don’t want to miss!

On the Pro Motocross Facebook page on Saturday, April 25, at 3 p.m. EST/Noon PST, watch the second motos from the 2007 RedBud National.

This was the GNCC that got so crazy they couldn't even finish! This week's episode of Behind the Bars will go live at 4 p.m. EST/1 p.m. PST on Thursday, April 23. This episode highlights the 2010 Steele Creek GNCC pro bike race with Josh Strang and Kailub Russell as guests, as Jason Weigandt and Jared Bolton play host. Strang had won the previous two rounds leading up to this event, and ended up winning this race as well. Kailub was still racing XC2 at the time and came into the event down in points but would win the XC2 class, finishing third overall, and leave with the XC2 class points lead. The race ended up a bit dramatic as it started raining at the start, and eventually one of the hillclimbs became impassable. The leaders were all stuck on the hill, and there was no feasible way to reroute the course so the race was called with a lap and a half to go. The riders were turned around and sent to the pits and the results of the race were based off the previous lap. There’s even a little footage of the hillclimb just before the race was called. It's funny to hear Strang and Russell talk about this race, as well as how racing has evolved in the last ten years.

Make sure to check out and/or set your DVR for the show on MAVTV tomorrow morning so you can relive all the great racing, see what fully happened at the season opener of the 2020 GNCC Series in South Carolina.

GNCC LIVE continues with coverage from each ATV and bike pro races for a total of 26 live racing programs online at RacerTV.com. Race fans and family members can watch their favorite professional and top amateur off-road racers compete for the win at each round throughout the season, and keep up-to-date with their quest for the 2020 National Championship.

Use the MAVTV channel finder to determine the channel for MAVTV in your area.

The fastest motocross gamers in the world square off for Round 16 of the 2020 MotoOption MX Simulator SX series tonight, Wednesday, April 22, from Las Vegas. The broadcast will begin at 9:20 p.m. EST / 6:20 p.m. PST.

If you want to get involved with the series and learn more about the competition, visit Race Factory Gaming for more information.