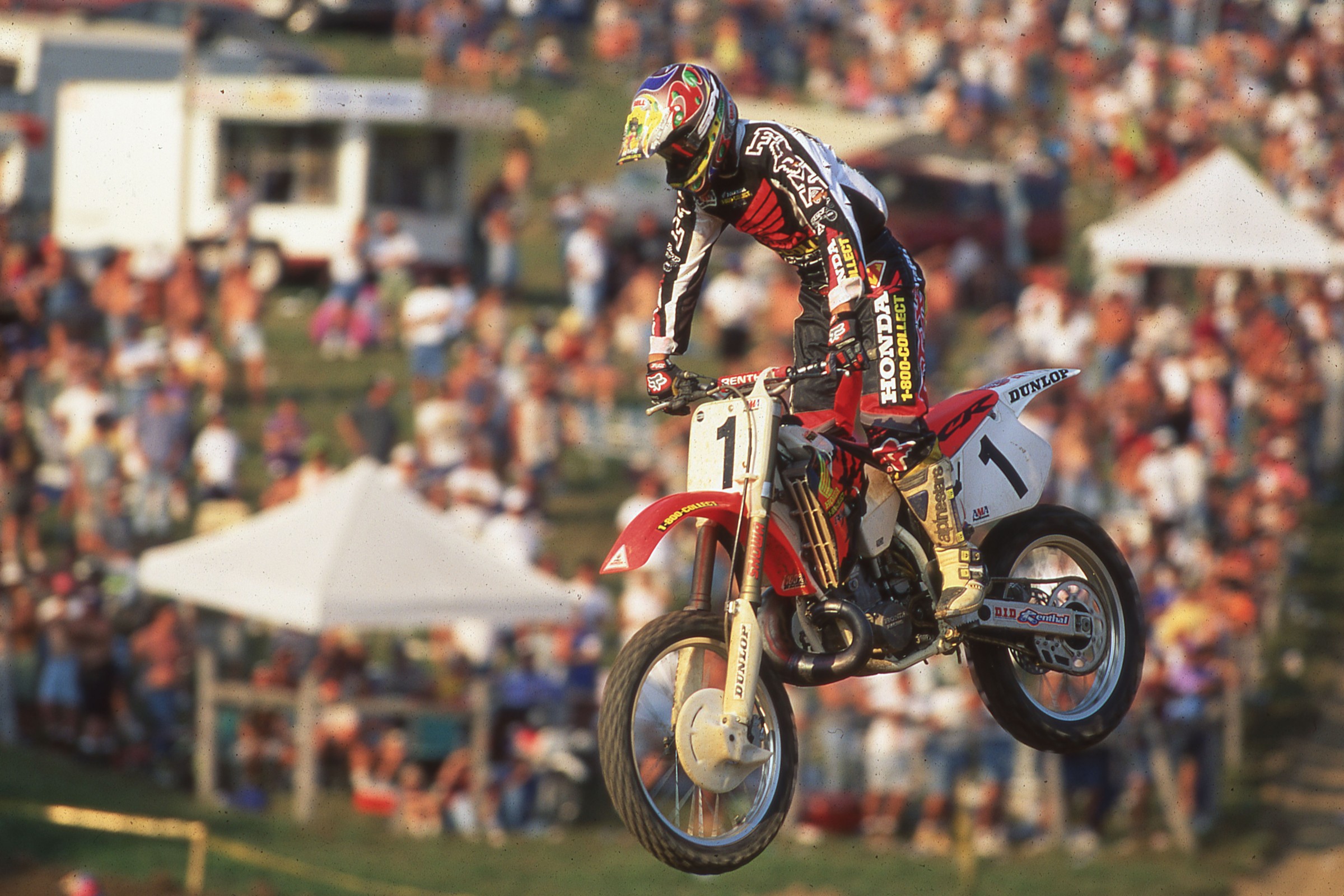 How to Pro Motocross Watch Party and Behind the Bars

Unfortunately there aren't any live races to watch on TV at the moment. But there’s still a chance to watch racing.  Throughout the month of April, you have the ability to re-watch any round of the Lucas Oil AMA Pro Motocross Championship from 2017, 2018, and 2019 and FREE access to nine different sports passes. For more information, check out the press release from MX Sports with the full details.

But there's much more out there. This weekend our sister companies at Pro Motocross and Racer TV have some fresh content cooked up just like an Easter ham. You just have to watch em on your computer—social distancing and all.

Behind the Bars—Pastrana and Knight

Last night, Behind the Bars, Episode 3: The 2008 Triton GNCC went live. Watch as Travis Pastrana, David Knight, Garrett Edmisten, Jason Weigandt, and more relive this classic race. Yes, Pastrana once raced a GNCC with the goal of beating Knight, the GNCC Champion at the time. Pastrana and Knight are well-regarded trash talkers so that makes for a fun episode.

Check it out below:

Behind the Bars, Episode 4: Jalek Swoll and Jett Lawrence Tie

You could argue that this is one of the best battles in the history of the AMA Amateur National Motocross Championship at Loretta Lynn's. The transponder data says it's the closest!  The loaded Open Pro Sport class from last year led to a crazy  Jalek Swoll and Jett Lawrence finish, so we're replaying the moto and getting Lawrence and Swoll in to talk about it together. It's cool to hear the mindset of two racers and how they process things in the heat of battle. This episode of Behind the Bars will premier this afternoon at 4 p.m. EST/1 p.m. PST. You can tune in to Racer X to watch an embed of the premier or tune into the RacerTV YouTube page.

It’s the scenario every fan dreams of: Two superstars in the premier class taking a championship down to the very last race. That’s what happened in 1996, when Jeremy McGrath lost a big points lead in the AMA 250 Motocross Nationals due to a mid-season foot injury suffered at Millville. This coincided with a mid-season tear from Jeff Emig, leaving the points nearly deadlocked with two rounds remaining. McGrath healed up, setting up a winner-take all duel through the final four motos of the season. Let’s party like the '90s with the final two rounds of 1996, the Broome-Tioga National from Binghamton, New York, and the Steel City National in Delmont, Pennsylvania.

Don't scroll down if you don't want to know who won this race.

Here's the recap Jason Weigandt wrote on the race:

Seriously. How can you top the Open Pro Sport moto which nearly featured a literal tie at the finish? Amsoil Honda’s Jett Lawrence and Rockstar Energy Husqvarna’s Jalek Swoll charged through the pack together. Lawrence began the moto in 15th, while Swoll began in eighth, and by the third lap they were both in the fourth and fifth places and charging hard. Meanwhile Texas’ Parker Mashburn held the lead after getting the holeshot. Briefly, Amsoil Honda’s Carson Mumford would join the battle and pass his teammate Lawrence, but eventually went down. After Mumford went down the race began to intensify as Swoll got around Mashburn, and then so did Lawrence. On the last lap, Swoll looked to have it but Lawrence put in one last charge to get close, and they dueled right to the final corner, literally, and shot side-by-side over the final jump. It looked like a dead tie, but a deep dive through the transponder times resulted in Swoll getting the nod—by 0.066 seconds. They battled through traffic the entire moto and crossed the finish together. It really can’t get any better than that!

Lawrence's charge (on the outside) was just edged out by Swoll (inside) at the finish line.

Get the Latest News From AMA Supercross, Pro Motocross, Etc.