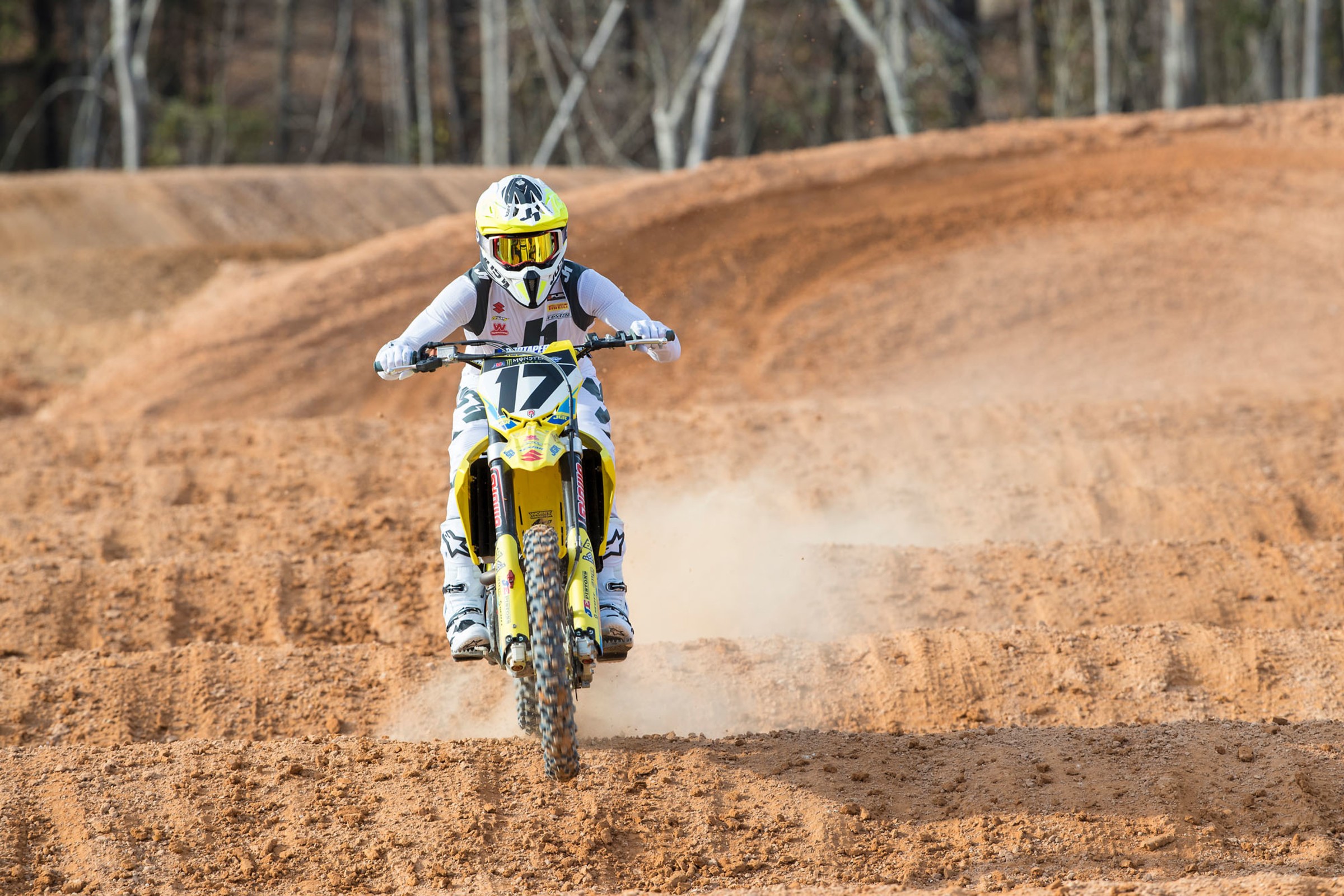 Comment: Anstie should be back on the bike soon, with the hope of being ready for the Lucas Oil AMA Pro Motocross Championship. He hasn’t raced all season due to having surgery on his achilles.

Comment: Blose has been out of action since a crash in Glendale left him with a concussion, fractured right hip, broken right radius, dislocated wrist, broken left ribs, and a lacerated liver.

Comment: A big concussion in Glendale put Bogle out of action. He wasn’t slated to return for supercross this season, but with the schedule now undergoing major changes that could change.

Comment: Brayton broke his left hand in Daytona. He’s expected back on the bike soon.

Comment: Cianciarulo is back riding and ready to go after breaking his collarbone in Arlington.

Comment: Cunningham should be back on the bike soon and is banking on being ready for Lucas Oil Pro Motocross after sustaining an AC separation in Atlanta.

Comment: Martin suffered a torn ACL, a torn patella tendon, a broken big toe, and two broken metatarsals in St. Louis. We checked in with him this week and his patella is just about done healing. He had surgery scheduled to fix his ACL, but is waiting until the COVID-19 outbreak subsides to go through with the procedure.

Comment: Musquin, who sustained injured his knee before the season, wasn’t expected to race supercross in 2020. That could change now that the schedule is in flux.

Comment: Noren should be ready for the Lucas Oil AMA Pro Motocross Championship after sustaining a leg injury in St. Louis.

Comment: Osborne should be ready to go for the Lucas Oil AMA Pro Motocross Championship after being sidelined earlier in the season with a broken rib, bruised lungs, broken wrist, and five broken vertebrae sustained while practicing.

Comment: Savatgy, who hasn’t raced this season due to a broken heel suffered in Australia in the fall, just got clearance to ride this week.

???? been a long time. But can’t wipe the smile off my face. Excited to get back to work with my team @jgrmx @pirellimx @suzukicycles @just1racing

Comment: Tickle broke his hand in Arlington but his recovery is going well. He should be ready to go when racing resumes.

Comment: Alves was recovering from a wrist injury but is now out for the foreseeable future with a bad knee injury.

Comment: Crown is ready to go after breaking his collarbone in Atlanta.

Comment: Gaines is recovering from a broken hand sustained at Daytona.

Comment: Unbeknownst to many, Hampshire came into 2020 dealing with pretty substantial knee damage, a result of a dab gone wrong in December. Hampshire had planned on getting it repaired after the Lucas Oil AMA Pro Motocross Championship, but with the break in racing, he announced on Instagram this morning that he decided to go ahead and have it fixed.

Wish I didn’t have to make this post. I didn’t say much about it for many reasons, back in December I dabbed my knee coming into a corner and the handlebar came down right on top. I completely tore my ACL, multiple tears in my meniscus and a fractured tibia. For myself, missing supercross was not an option after the work and changes we made. I didn’t miss a day of riding and did everything I could to get it where I was happy going into round 1. The beating it took on race day was much worse than the practice days. I was set on getting it fixed at the end of outdoors, but now with the rest of supercross getting moved till later in the year and the uncertainty of when motocross is starting, that wasn’t gonna happen. I had surgery early this week to repair the knee! A big thank you to Dr. Bowman and Vanderbilt Orthopaedics for getting me in during these times and understanding the urgency, I know it wasn’t easy. The recovery has started and will be looking forward to getting back to the races!

Comment: Lawrence has resumed riding and will be ready when racing resumes. In the meantime he and his brother are being, well, the Lawrence Brothers.

Everyone is quarantined and loosing their minds while our @honda Ridgeline is supplying the vibes with the trunk speaker system waiting for @fchonda to pull up to the track #quarantined @jettson83 #notheydidnt! #yeswedid! @freewayhonda

Comment: Moreau was badly injured during practice in Tampa and has returned to France to begin the journey down what will be a difficult road. To help him and his family out financially go to Road2Recovery.com.

Comment: Nichols is back riding after dislocating his shoulder in October and should be ready to roll when racing resumes.

Comment: Papi posted on Instagram he hit a false neutral in Daytona and injured his knee and collarbone. He expects to “be back better and stronger.”

Comment: Peters is on the mend after breaking a bone in his hand in Arlington.

Comment: Robin crashed in Daytona and broke a bone in his hand. He wasn’t expected to return before the end of supercross, but that’s now up in the air due to the fluid schedule.

Comment: Shaw sustained a deep bruise on his right rotator cuff in Arlington and is currently recovering. If he moves as fast as he does working out, when racing returns things should go well for him.

Wednesday Movements ???????? Been enjoying getting back on the grind and changing the program up. Just wanna say thank you to @bam0215 @r.e.fitness_ for keeping me moving and pushing me forward! Let’s keep it rolling! Thanks for everything team????????⚡️???? #blessed #letsgoooo #goodtimesahead #keepmoving #youcan #timelapse #imarookie

Comment: Smith crashed in Daytona and tore his ACL. He’s had surgery and is out for the foreseeable future.

Comment: Teasdale tore his MCL during qualifying in Arlington and is out for the immediate future.

Comment: Thompson suffered a mid-foot break and ligament damage to his left foot in a crash at the start of his heat race in Daytona. He’s out for eight to ten weeks following surgery.

Comment: Craig is back riding and is ready to go after fracturing bones in his hand and finger in Glendale.

Comment: Lawrence is back on the bike and is ready to race when racing resumes.

Comment: Oldenburg suffered a partial tear in his ACL and tore his meniscus while practicing. When we checked in with him, he told us his knee is doing great and that he’s been riding a lot. His team is supercross only so he won’t be at the Lucas Oil AMA Pro Motocross Championship, but if supercross resumes he’ll be ready.

Comment: Osby suffered a torn ACL before the season and never got a chance to race any supercross.

Comment: Schock has been dealing with a broken radius bone in each arm this season. He’s back on the bike and is ready to go when racing resumes.