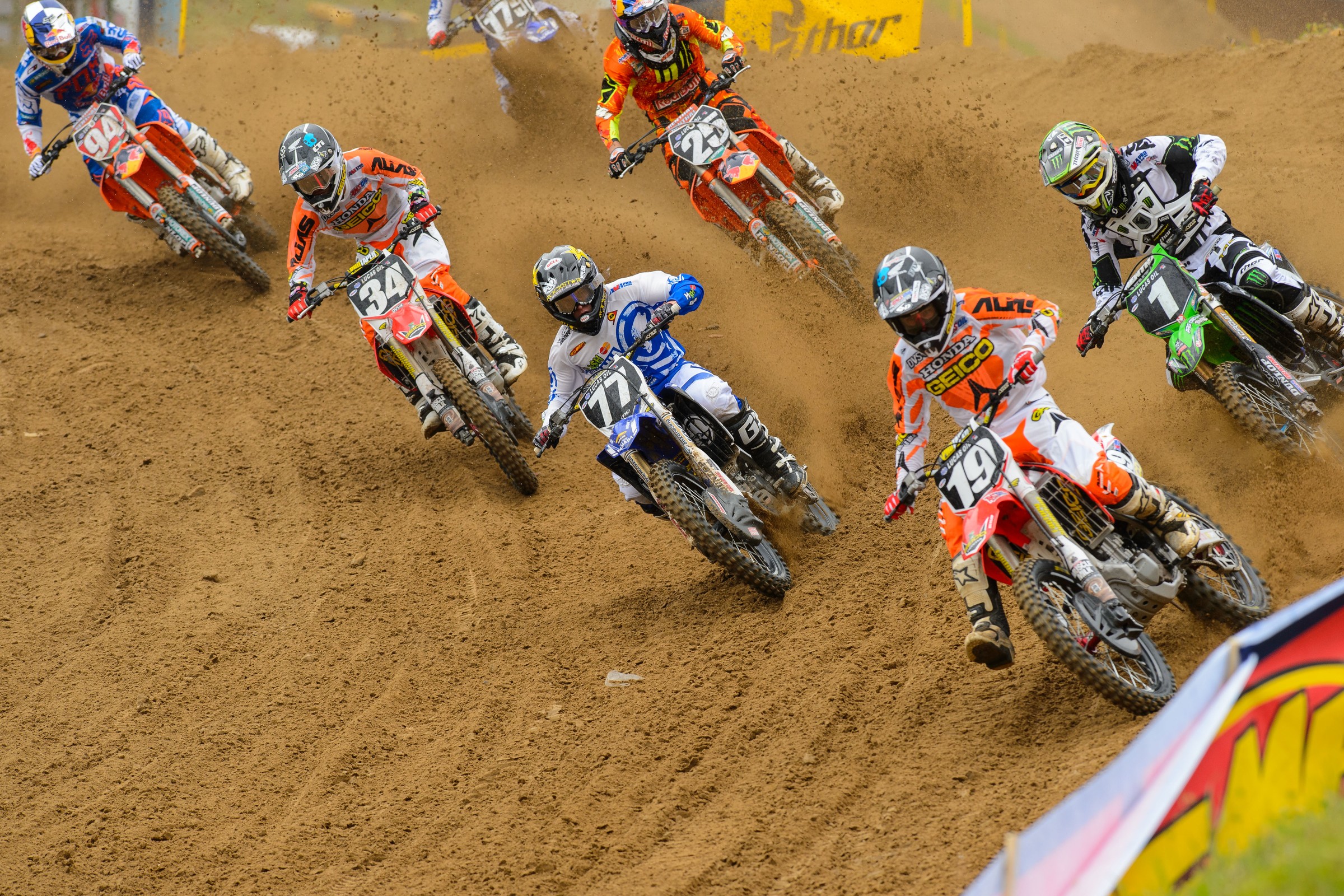 Unfortunately there aren't any live races to watch on TV at the moment. You can still get your moto fix with our Racer X Online coverage of both past races and current updates, or via YouTube and/or the NBC Sport Gold SX/MX pass.

But there’s still a chance to watch racing—both past races and virtual races. Now that it’s April 1, you have the ability to re-watch any round of the Lucas Oil AMA Pro Motocross Championship from 2017, 2018, and 2019 and FREE access to nine different sports passes. For more information, check out the full press release from MX Sports last week.

Tune into the Start Your Systems' Youtube page tonight for a virtual 2020 Denver SX round via MX Simulator. Our own Kellen Brauer will get back in the booth again for his weekly gig broadcasting all the action live. While the racing is virtual, the racers involved are some of the best motocross video game racers in the world. The broadcast kicks off at 9:30 p.m. EST/6:30 p.m. PST as competitors will compete in heat races, LCQs, and main events in both the 250SX and 450SX classes. Make sure to tune in.

And on Saturday on the Pro Motocross Facebook page there will be a watch party of the 2013 Spring Creek National. Starting at 3 p.m. EST/12 p.m. PST, watch both 250 Class motos. Last weekend, Pro Motocross hosted a watch party of the 450 Class motos from the 2013 Spring Creek National but the 250 Class had some great battles as well! Wil Hahn jumped out to an early lead over Minnesota native Jeremy Martin (whose family owns Spring Creek MX Park) as Marvin Musquin and Ken Roczen made their way into top five positions as well. Things were looking good for Roczen, who charged his way up to second place but then things went south for the points leader just as quickly while he was fighting for the lead. Martin then made his way around Hahn but Hahn's teammate Eli Tomac was lurking in the back, ready to put on a charge!

Don't scroll down if you don't want to know who won this race.

Get the Latest News From AMA Supercross, Pro Motocross, Etc.