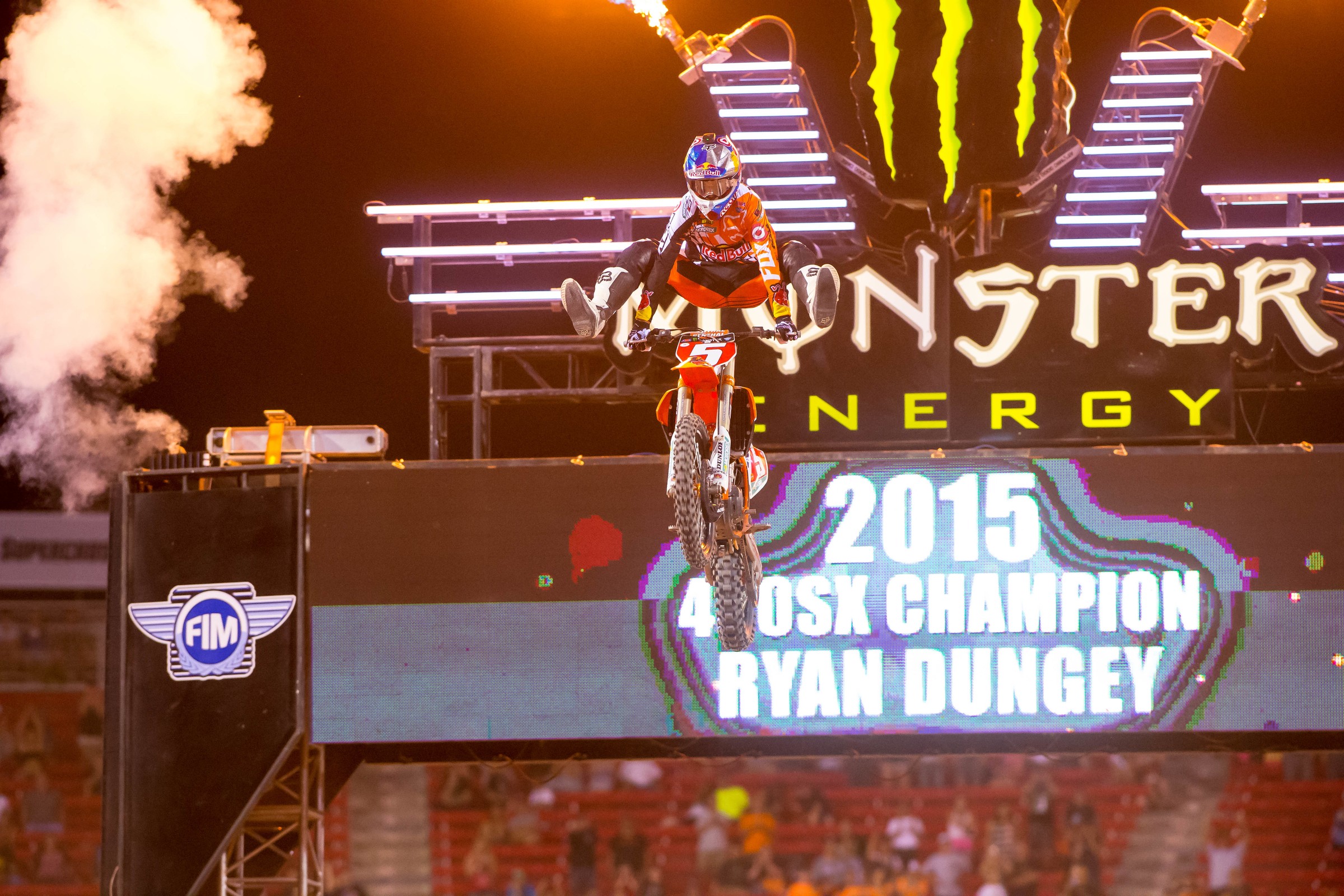 "They're bar to bar David Bailey!" rings the classic call of Art Eckman, the play-by-play voice for ESPN's coverage of AMA Supercross and AMA Motocrcoss in the 1990s. His bar to bar tag became synomous with great racing, and hence when the supercross promoters decided to begin producing an end-of-year DVD reviewing the season, the title was obvious. For well over a decade, when you said you were watching Bar to Bar, everyone knew what you meant. It was the season-in-review DVD!

(In the early 1990s there was a similar review collection, on VHS, called Throttle to the Gold. It was a nod to series' sponsor Coors Extra Gold. But, yeah, Bar to Bar sounds way better.)

With racing on hold for now, it's a good time to review some of the reviews. We scoured the Monster Energy Supercross YouTube channel and found these Bar to Bar gems.

* We were unable to located Bar to Bar 2003 on the 'tube. Spoiler alert: Carmichael is the man to beat again, but this rookie named Chad Reed isn't rolling over!

RC is out with a knee injury, leaving Reed and Kevin Windham to tussle for it.

The perfect storm. Carmichael is back, James Stewart joins the ranks in the big class, Windham, Reed and other contenders remain. Even Jeremy McGrath comes out of retirement to race some!

*Seems to be a rights issue with the 2006 video, and the clip has been pulled down. Oh well. The season came down to the final round with Carmichael and Reed tied on points, and James Stewart just five points down in there. Yeah, nothing exciting to see here!

Reed and Windham: the rematch.

Reed versus Stew at its all-time gnarliest.

Attack of the rookie! (And injuries.)

The Ryans have arrived, but Stew and Reed and back, and a rookie Trey Canard gets in the mix. This is a fantastic season.

Everyone wins some races early, then everyone gets hurt, darn it.

AKA The Davi Millsaps Dream Season.