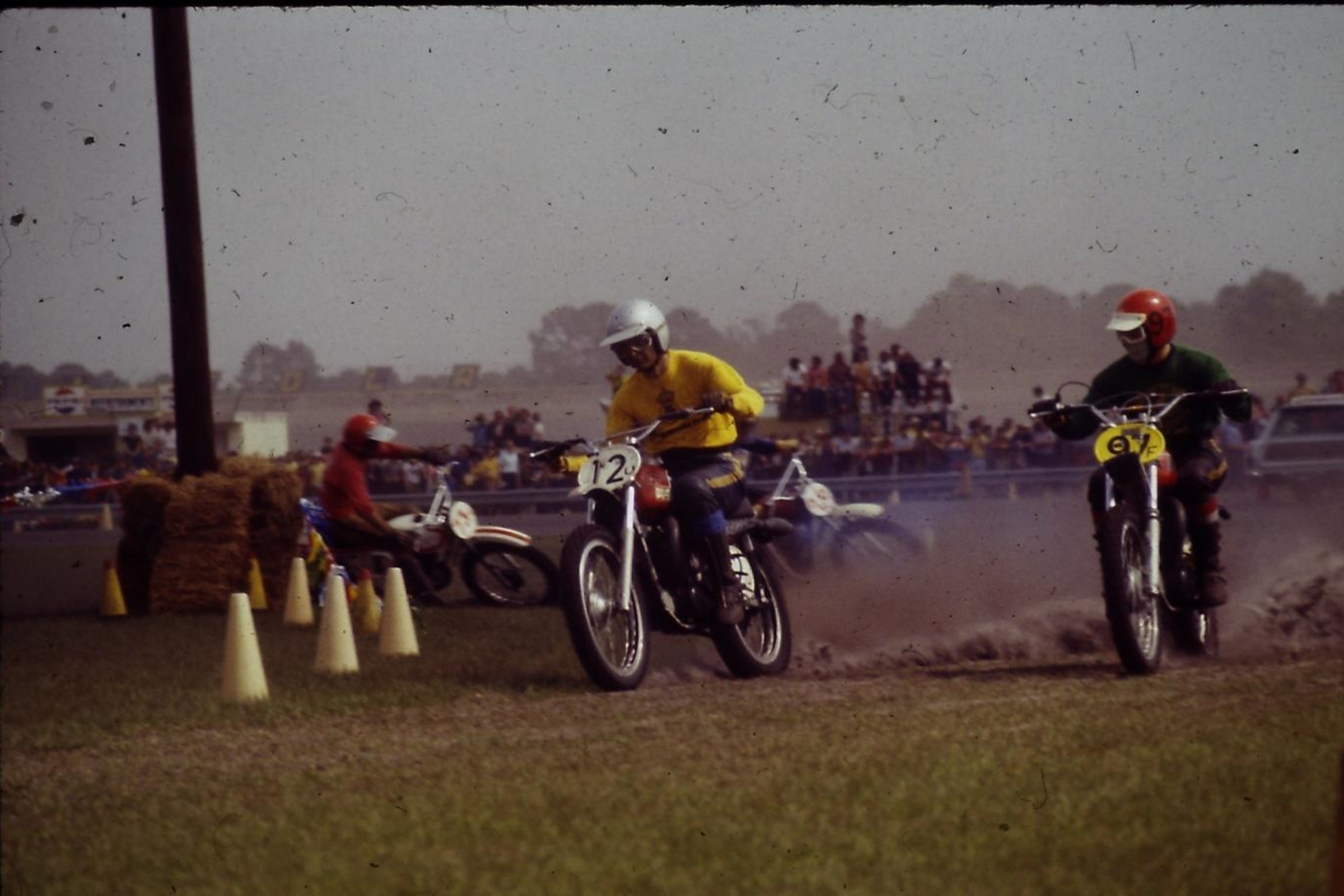 With the 50th Daytona Supercross taking place tomorrow night, we thought we’d look back at some of the best, most significant editions of the oldest supercross of all, beginning with day one.

1971: For the 30th Annual Daytona Bike Week, motocross is added to the schedule of races at Daytona International Speedway. The race, which will serve as the last round of the 1971 Florida Winter-AMA Series, takes place the day before the 1971 Daytona 200 on a portion of the road course’s infield. The winners are Husqvarna riders Gunnar Lindstrom (250 class) and Bryan Kenney (500).

1973: After the motocross race moved to the trioval the year before (where it has remained since), the ’73 race counts as the opening round of the AMA Pro Motocross Championship. The “Daytona National” winners are California’s Bob Grossi (250) and Dutch import Pierre Karsmakers (500).

1974: Daytona hosts the first AMA Supercross race—though at the time it’s called the AMA/Yamaha Super Series of Stadium Motocross. Karsmakers wins again, this time in the 250 class, while the 500 class is won by Roger De Coster, the reigning 500cc World Champion from Belgium.

1979: The Daytona Supercross, featured on the CBS Sports Spectacular, is won by Kawasaki’s Jimmy Weinert after a last-lap pass on Hannah.

1982: One year after winning the Daytona Supercross aboard a Suzuki, Darrell Shultz returns in 1982 aboard a Honda and wins again, making the Californian the first to win back-to-back Daytona races on different motorcycle brands.

1984: Moments after Team Honda’s David Bailey wins Daytona, his teammate Johnny O’Mara makes a wild attempt to pass Yamaha’s Rick Johnson at the finish, jumping the entire “gator pit” that followed the finish-line jump and ushering in a new age of supercross that saw riders focus on using one obstacle to launch the ones that followed.

1985: In the last AMA Supercross win of his epic career, Team Honda’s Bob Hannah wins his third Daytona Supercross. The next six riders finishing behind him—Jeff Ward, Ron Lechien, David Bailey, Broc Glover, Mark Barnett, and Johnny O’Mara—will all follow Hannah into the AMA Motorcycle Hall of Fame. That had to be the most stacked top seven in a supercross race of all time—and Rick Johnson finished ninth!

1987: California journeyman Ricky Ryan becomes the first—and remains the only—privateer to win an AMA Supercross main event when he stuns the factory teams at Daytona.

1989: Michigan’s Jeff Stanton begins his Daytona winning streak with his first of four consecutive victories here, all for Honda.

2005: In what he will later deem one the biggest wins of his career, Chad Reed shocks heavy pre-race favorite Ricky Carmichael to win the Daytona Supercross for the second straight year.

2006: Now riding for Suzuki in his last full season as a professional, Carmichael wins a record fifth Daytona Supercross. He’s won here on three different brands of motorcycle: Kawasaki, then Honda, then Suzuki.

2008: At the very end of a muddy, rain-drenched Daytona Supercross, Australia’s Reed, a two-time winner, loses a sure victory only three turns from the checkered flag when his motorcycle expires. Moments later, Honda’s Kevin Windham passes the helpless Reed to win in the worst conditions ever for the Daytona Supercross.

2009: Now riding for Suzuki, Reed bounces back to win his third Daytona Supercross. The Australian also won in 2004 and 2005 with Yamaha, becoming the first foreign-born rider since Karsmakers and De Coster in 1974 to win the Daytona Supercross.

2016:Eli Tomac takes his first of three Daytona Supercross victories, all of them aboard Kawasaki motorcycles.

2018: Less than one week before his 34th birthday, Honda rider Justin Brayton becomes the oldest supercross winner, earning a surprise victory when he holds off a frantic late charge by Eli Tomac for his lone career triumph.