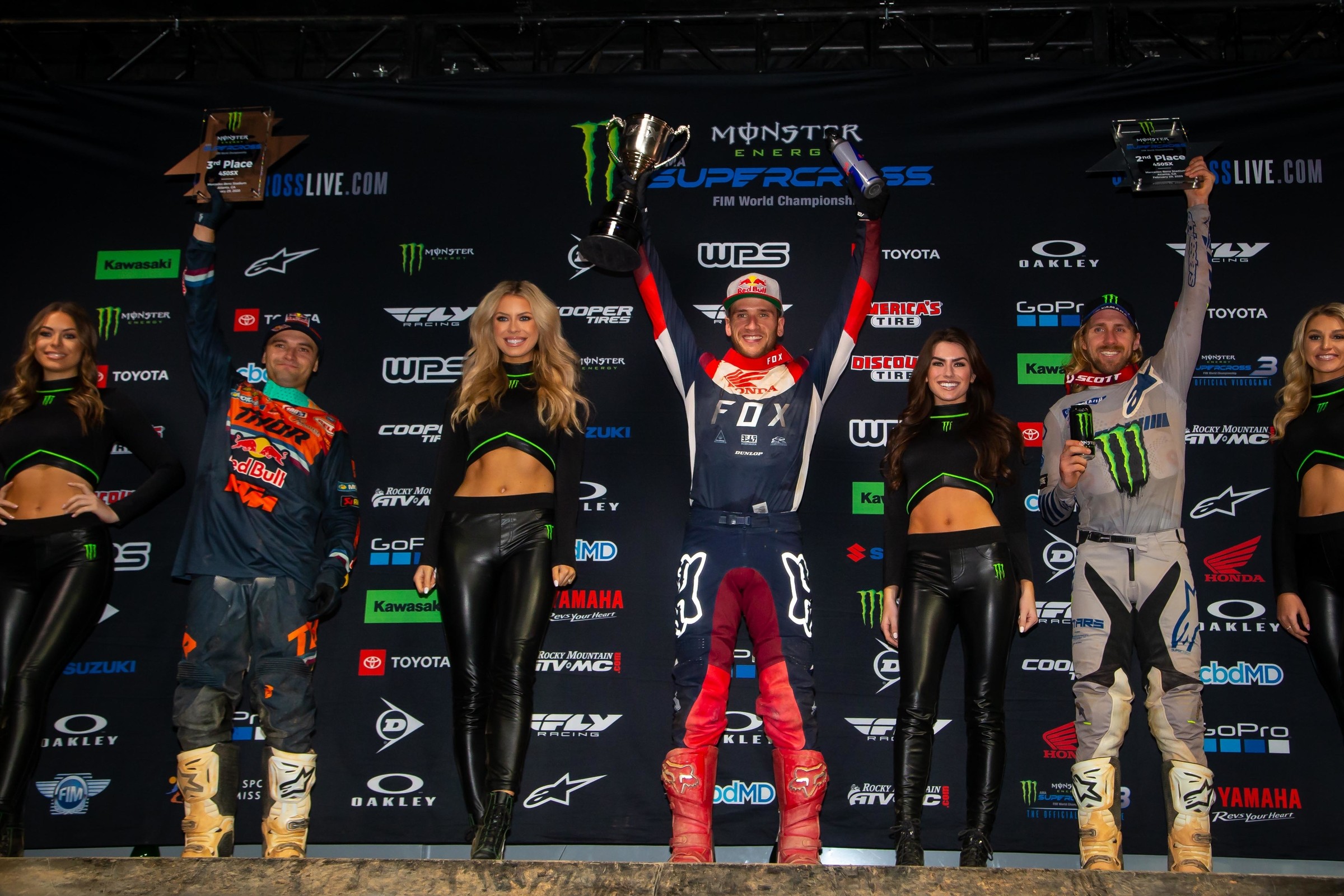 The midway point of the 2020 Monster Energy AMA Supercross Championship took place inside of Mercedes-Benz Stadium last night in Atlanta, Georgia. With the ninth round now complete, only eight rounds remain in the 450SX Class as the championship heads to Daytona, Florida, next week.

In the 450SX Class, it was a dominating ride from Ken Roczen who led wire-to-wire to pick up his third victory of the season. Behind him, chaos ensued with Justin Barcia eventually coming home in second and Cooper Webb, who made a last-lap pass on Martin Davalos while holding off a big charge from Eli Tomac, finishing third.

The 250SX Class saw Chase Sexton pick up his second win in a row with a pass on RJ Hampshire halfway through the race to claim victory. Hampshire would hang on for second with Shane McElrath rounding out the podium.

Five of the six riders spoke at the post-race press conference. Cooper Webb did not attend as he was taken straight to the doctor post-race.