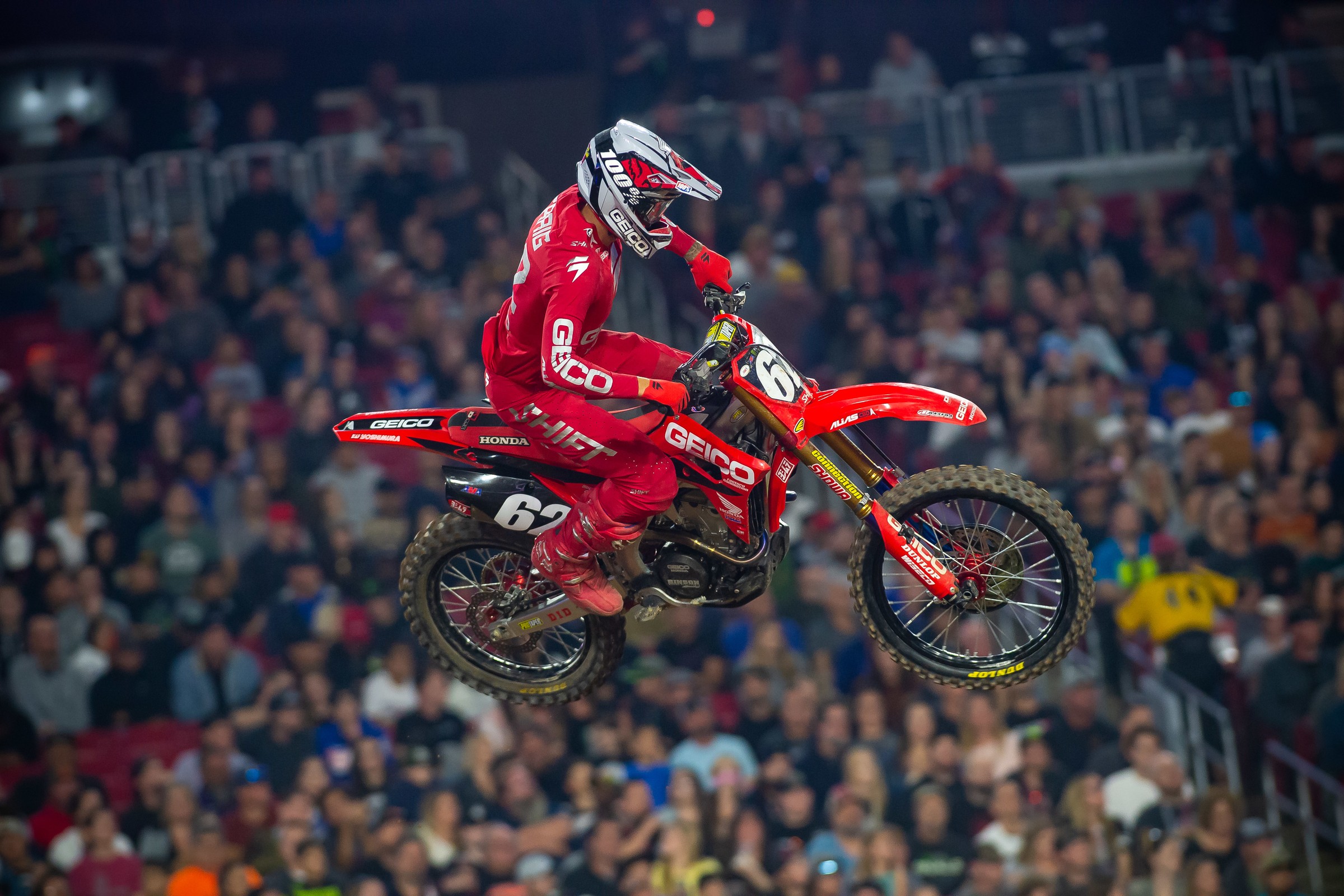 Comment: Anstie was forced to have surgery for a nagging ankle injury before the season stated. He’s out for the immediate future.

Comment: Blose crashed hard in the whoops in Glendale and sustained a concussion, fractured right hip, broken right radius, dislocated wrist, broken left ribs, and a lacerated liver. He’s had surgery and must be looking to live up to Steve Matthes’ nickname for him, Zombie Blose, because we’re hearing he’s hoping to somehow return before the end of the season.

Comment: Bloss crashed hard on a jump in Glendale and suffered a concussion. He’s out for Oakland but should return relatively soon.

Comment: Bogle had a nasty crash at the end of a very fast start stretch in Glendale and suffered a concussion. He should be back this season but it won’t be in Oakland.

Comment: Chisholm went down at A2 and bruised his ribs and lung, coughed up some blood, and sustained a slight separation in his shoulder. He tried riding and told us he felt alright, but that he still doesn’t have clearance from his doctor to race. Whether or not he lines up will be a game time decision.

Comment: Clason broke a bone in his thumb at A2 but plans on toughing it out.

Comment: Merriam broke his collarbone and some ribs at A2. He’s out at least three to four weeks from the time of injury.

Comment: Miller is out for the time being due to a broken scapula suffered while racing in Australia.

Comment: Noren had hardware installed in his lower left leg due to an injury in St. Louis. Whether or not he’ll return late this season is undecided.

Comment: Raper suffered a second high ankle sprain while practicing before Glendale. He tried to race anyway but the pain limited his performance. He confirmed that he will not line up in Oakland this weekend.

Comment: Craig will miss the next two rounds due to fractures in his hand and pinkie sustained in a crash in Glendale. He also sustained a cut below his eye, although that’s not what’s keeping him from racing.

Comment: Lawrence hopes to be back for Seattle after crashing out at A2 while batting for the win with Dylan Ferrandis.

Comment: McAdoo will return to racing in Oakland after a crash in St. Louis during qualifying left him with a fully collapsed right lung and a partially collapsed left lung.