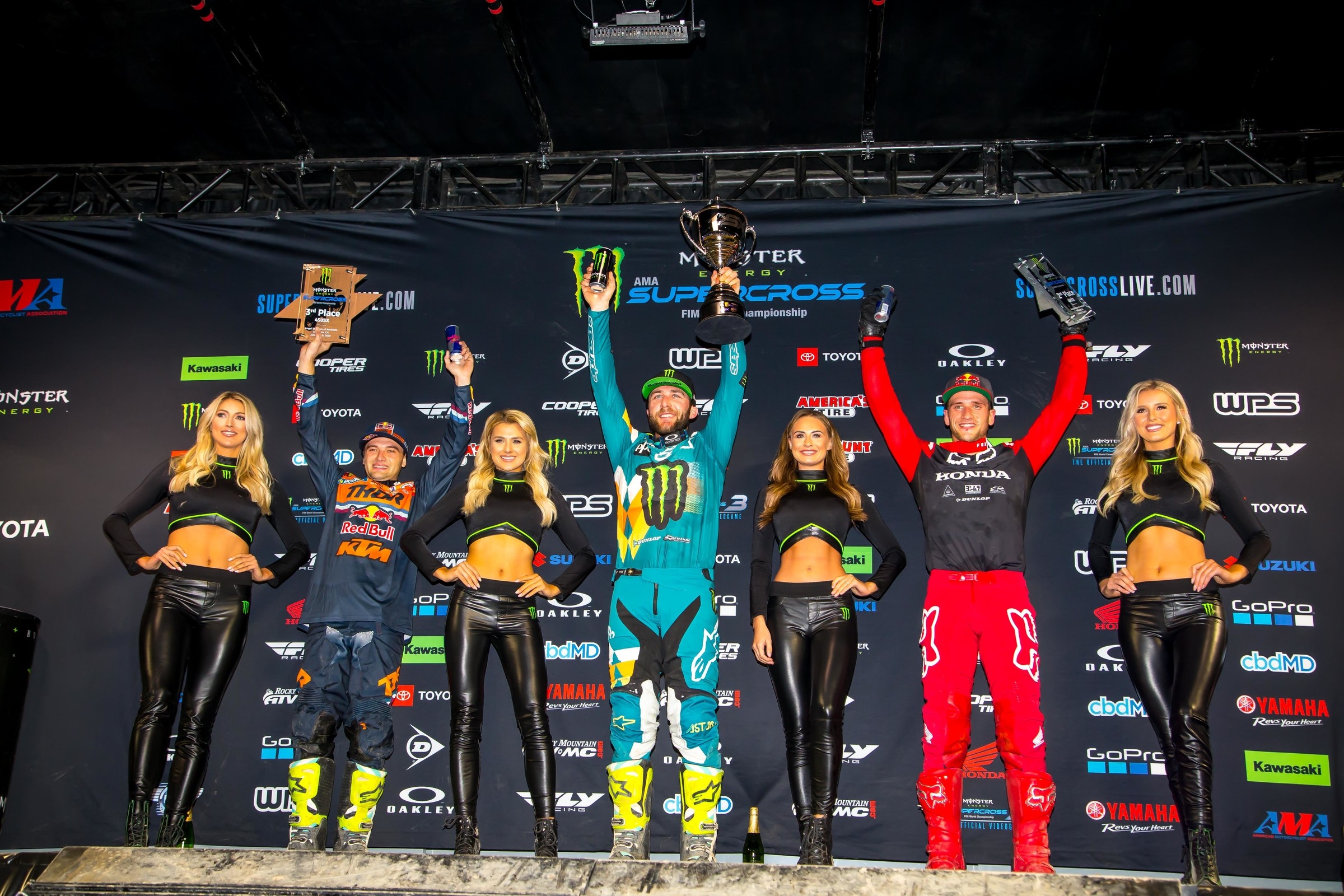 The third round of Monster Energy AMA Supercross for 2020 was a wild one, including a dramatic 250SX West that took the battle for the lead down to the final lap, and a third winner in three races in the 450SX class.

In the big bikes, Monster Energy Kawasaki's Eli Tomac charged from mid pack to the front using speed and strength through the whoops. He managed the race from there to take his first victory of the season. Honda HRC's Ken Roczen followed last week's win with a solid second, holding off a late-race charge from Red Bull KTM's Cooper Webb, who netted third.

In the 250s, Monster Energy/Star Racing Yamaha's Dylan Ferrandis heard the boos from the fans after winning the race. On his march toward the front, he collided with Christian Craig while trying to make a pass for second. That sent Craig flying and out of the race, while Ferrandis recovered to make a last-lap pass on GEICO Honda's Jett Lawrence. Lawrence crashed out of the race trying to get Ferrandis back, opening the door for Justin Cooper and Troy Lee Designs/Red Bull KTM's Brandon Hartranft to collect second and third.