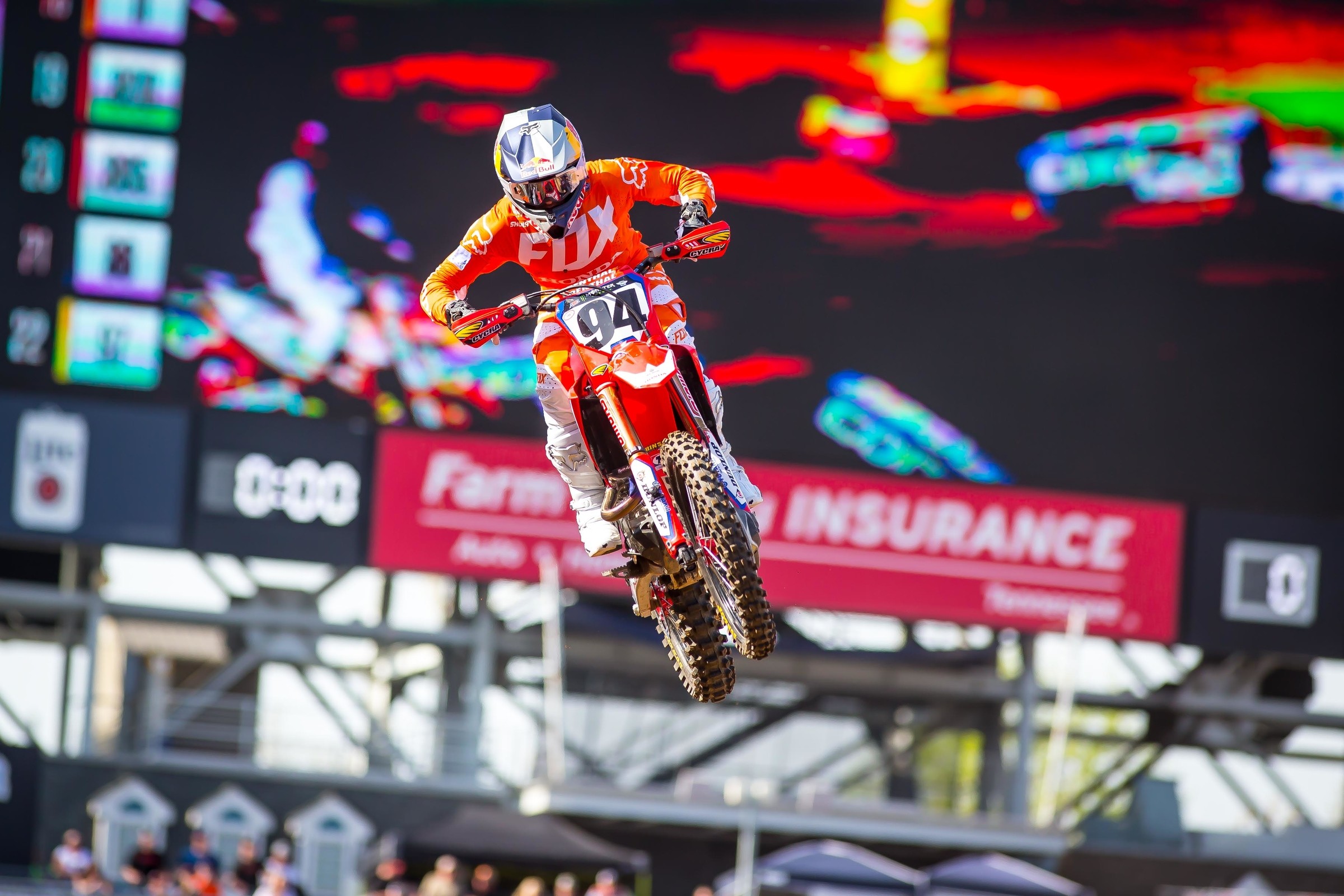 Anaheim 1, and a brand-new season of Monster Energy AMA Supercross, is almost here. We fired off some questions at former pro Jason Thomas to get his take on what’s to come.

Cooper Webb is the champion. Are you convinced his 2019 performance is repeatable?

Convinced? No. I do think it’s possible, though. When I think about 2019, I remember Webb having so many nights where things were not going all that well. When it came main event time, though, he would find a way to grab the holeshot and either win or have a great result. To pull out a heroic result on bad days is usually not sustainable for but a very few in the history of the sport. If Webb repeats, he will have to maintain this incredible ability to completely flip the momentum on his lesser days. One way to do that is to start up front consistently as he did in 2019. He had seven holeshots out of 23 total starts (Triple Crown races included) and was inside the top-five several other times. His only real start catastrophe was Anaheim 1 and even then, he unofficially grabbed the holeshot and tipped over in the mud.

One caveat I should add is if he can improve his whoop speed. Most of the difficult days and nights were heavily influenced by difficult whoops that had him off the pace. If he found a way to negate that liability during this off-season, he would be much less vulnerable.

Is there more to come from Ken Roczen?

Yes, but defining expectations is key. Do I think he is going to regain his early 2017 form? No. That ship sailed long ago, in my opinion. The multiple injuries and a dozen surgeries would be hard to just erase from relevance. But if you’re asking if Kenny can win races and be a championship factor, my answer is unequivocally yes. The real X factor here is the illness that slowed him for most of 2019. If he is at full strength, he is a threat to win every Saturday.

Is Jason Anderson in a better position now that he's the underdog again?

I think the determining factor for Anderson is his own motivation. After winning the 2018 title, I don’t know that he will want to go down the brutal, head-down, no social life, lifestyle that I believe it takes to reach your peak potential. I personally believe that he is happy to find a balance of hard work and also enjoying the perks of being one of the world’s best racers. He will be good, yes. He could even win a race or two (almost won Glendale 2019). But, I don’t expect him to be as good as he was in January of 2018.

What are your predictions for Adam Cianciarulo?

I think we will see blazing speed mixed with inexperience. He is going to qualify fastest several times. He is going to win heat races. I also think he will have a few crashes and bad nights. The one thing I hope he can avoid is injury. He will learn a lot this season but his future is very bright assuming he stays healthy.

Eli Tomac. Is this finally it?

We should know better than to assume anything at this point. He is my pick to win the title but I also have watched so many things happen that I simply have no answer for. His New Jersey race in 2017 was one of the strangest things I have ever seen. His crash and equipment situation at A1 in 2018 was unexplainable. His Arlington fade to 12th in 2019 had me thinking someone spiked my Dasani with crazy pills. The smart money is on Tomac but my confidence level is not high.