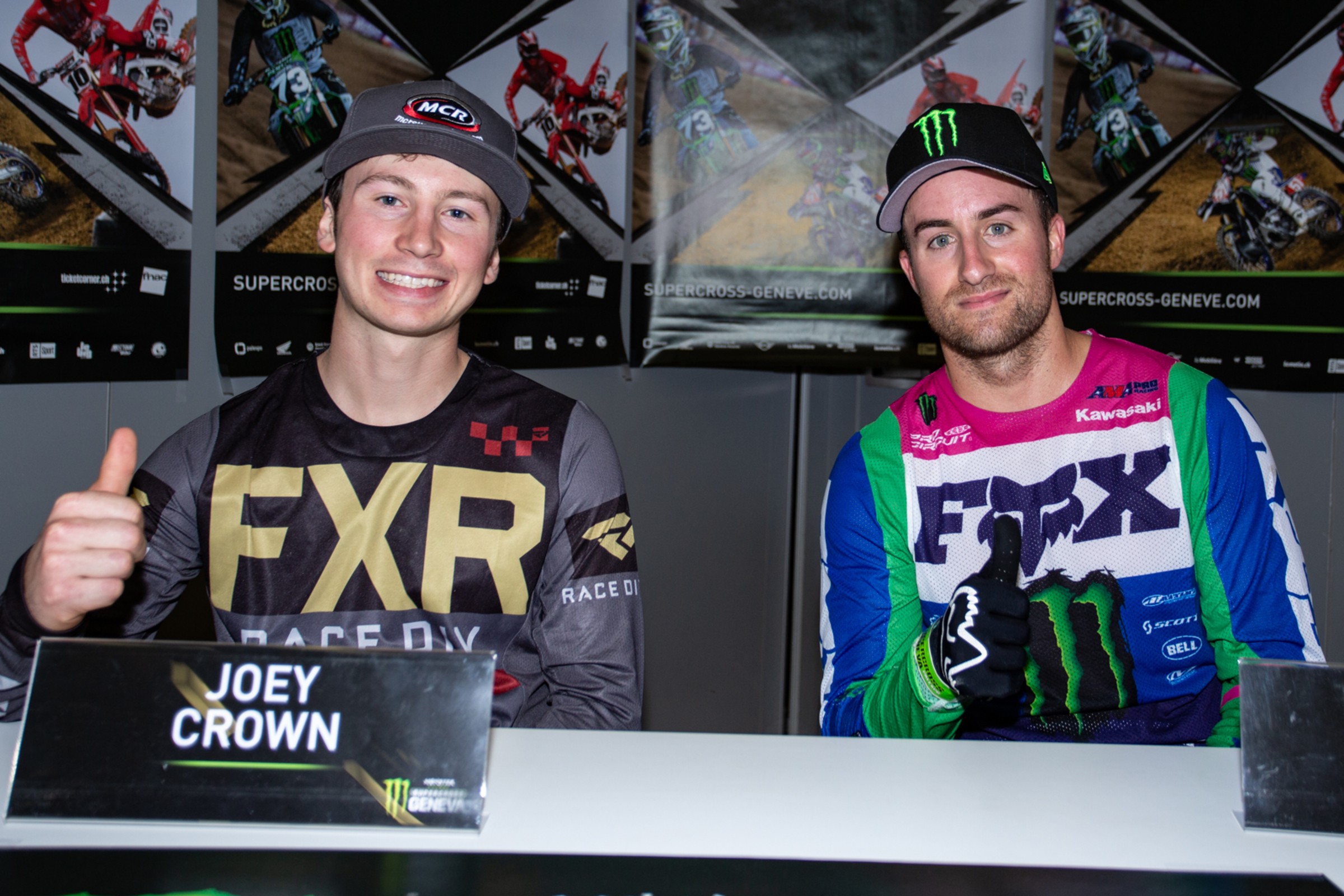 Night one of the Geneva Supercross wrapped up here in Switzerland and it was an all Martin Davalos night as the Monster Energy/Pro Circuit rider, who will race for Tedder KTM in 2020 but had signed this deal a few months ago when he didn’t have that ride, that took the main event win in front of Monster Energy Yamaha Factory Racing’s Justin Barcia and Honda HRC’s Justin Brayton.

More on that in a second but first, this race proved to be trickier than usual because of the dirt being really soft. Rains had hit here before the track got built and so it’s much softer and ruttier than any Geneva races I’ve been to before. This proved to be the toughest challenge for the racers, well that and the huge whoops out there.

Davalos, who’s never completed a 450SX main event before, had an almost perfect night. He was fastest in both his practices, he won his heat, he beat Barcia in the head-to-head race 2-0 and then beat Brayton 2-1 in the final of that thing. Then he led the main event wire to wire. So losing one a lap race to Brayton was the only time he was beaten to the finish line all night long.

It’s Marty’s world and we’re just living in it really. But with him switching to KTM (and getting the good parts) and the news that Marvin Musquinwon’t be racing 450SX in 2020 for the Red Bull KTM guys, how long would it take if Marty keeps riding well before he jumps in over there?

Anyways, that’s another chat for another time but there’s no doubt had another rider like Barcia or Brayton gotten the start like Davalos did, they would be standing on top of the podium. The start straight was diagonal and into a rhythm lane of doubles. The rider that got there first could double in while everyone else had to roll. That was it, Davalos was checked out from there with a four-second lead that he never relinquished.

Now having said that, the start IS part of the race and Davalos DID get the holeshot so full marks to him and great work for the rider who was at this event for the first time.

Barcia had to deal with Fabien Izoird and that took him a lap to two before he could get by and although lappers helped him close the gap to Davalos to a couple of seconds, for the most part Justin rode a lonely race in second.

SmarTop/Bullfrog Spas/MotoConcepts Honda’s Justin Hill rode in third for half the race until Brayton, who got a decent start but muffed the first rhythm lane, got by by doing this 4-3 rhythm lane that only a few riders did all day. Hill regrouped after getting passed and went back after Brayton when the #10 Honda rider made a mistake in said rhythm lane and hounded him to the finish to get fourth. Malcolm Stewart got an even worse start than Brayton and basically followed the Honda rider up to fifth on the night. Stewart admitted afterwards that he never could get quite comfy with the soil (although he was comfy with the whoops).

In the 250SX class it was Michigan’s own Joey Crown taking his KTM to a heat race win and then grabbing the lead early in the main event to take off with a big win. Crown, coming off the 125 win at Red Bull Straight Rhythm, scored what might be the biggest win of his career in night one. It was Brian Hsu, the winner from Paris last month, who trailed him in second the whole way and Calvin Fonvielle in third.

Canada’s defending MX2 champion Dylan Wright was fastest in practice and showed good speed trailing Crown in the heat race crashed out of the main event after numerous trips into the dirt. Whoa Canada indeed.