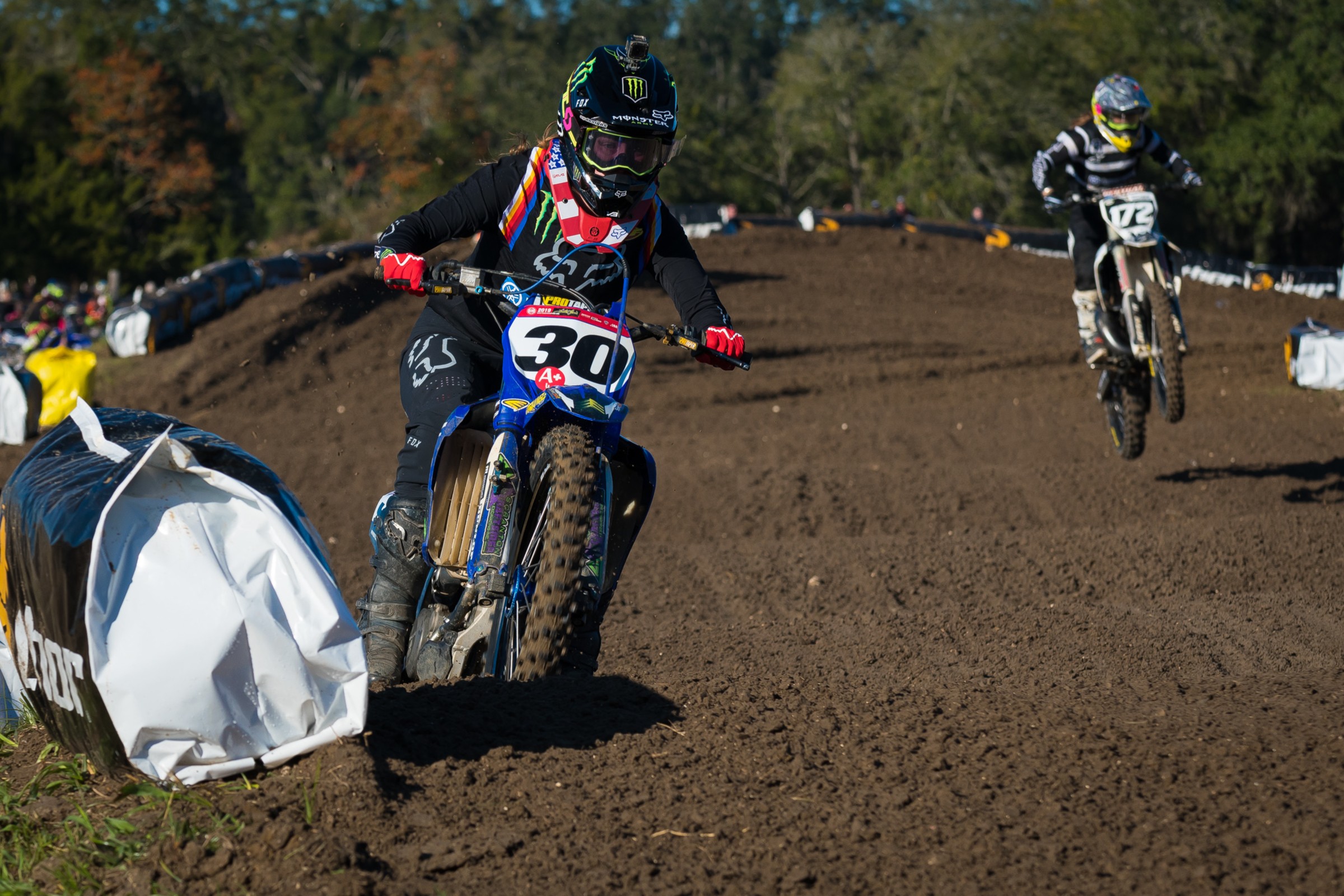 The 48th Annual THOR Mini O’s, presented by Pro Circuit, at historic Gatorback Cycle Park in Gainesville, Florida, are basically at the halfway point today. After two days of supercross racing, Wednesday is the day that everyone transitions over to motocross for the next three days of racing. You can watch the last three days of motocross racing from the Mini O’s on the Dunlop Motorcycle Tires live stream on www.RacerTV.com beginning tomorrow morning.

Out of 1,800 entries for SX alone, the standout rider has been Haiden “DangerBoy” Deegan of KTM’s Orange Brigade. Deegan has already picked up four titles in minicycle racing, winning SX titles in 85cc (9-13), 85cc (12-13), 85cc (12-13) Limited, and Mini Sr. (12-14). That makes him the early favorite to take home the THOR Bronze Boot Award, which goes to the rider in the 65cc, 85cc, Mini Sr., Supermini, and Schoolboy classes that accumulates the highest number of points in the supercross main and motocross overall combined. And with each win, Deegan was greeted at the podium by new AMA motocross manager Mike Burkeen, who handed him all of his #1 plates.

On the bigger bikes, Jarrett Frye of the Star Racing Yamaha team topped three SX classes: 250 Pro Sport, 450 A, and 450 Pro Sport. Frye started out slow with a fifth in his 250 Pro Sport qualifier, but then came on strong to take the main event over KTM rider Parker Mashburn of Texas. Frye, a Maryland native, took the 450 A win over fellow Yamaha rider Jesse Flock, with Oregon’s Max Miller coming across the line third after qualifying a lowly 17th. And in the 450 Pro Sport finale Frye bested Mason Gonzalez.

Frye’s only loss came in the 250 A class, where he slipped back to fifth. The win in that main went to Florida’s own Gonzalez, who topped Flock. Both were aboard Yamaha YZ250Fs.

In the Women’s class, Jordan Jarvis gave Yamaha yet another win, topping Utah’s Taylor Allred (KTM) and the Cairo, Georgia-based Valentina Galez (Jarvis also rode the College Boy class and finished 17th.) The Girls Sr. (12-16) #1 plate went to Oklahoma’s Kyleigh Stallings, who led South Carolina’s Katie Benson and Michigan’s Landrey Hazen, both on KTMs, across the finish line. And the winner of the Girls (9-13) SX main event was also the Husqvarna-mounted Stallings, with New Jersey’s Brighton Richards second and Alabama’s Lilly-Ann Pettus rounding out the podium.

Some of the best SX battles of all were between Kawasaki Team Green prospect Gavin Towers and Evan Ferry, who went up against one another in the Mini Sr. classes. The two even came together twice in the Supermini 1 showdown, first in the heat races when Ferry got the better of Towers, then in the SX main event, with Ferry going down and falling back to eighth. Pennsylvania’s Towers won not only that class but the SuperMini 2 (13-16) title, this time with Ferry finishing as runner-up.

Towers did not fare as well in the Schoolboy 1 (12-17) division, placing tenth. The first eight riders in that class were aboard KTMs—led by the winner Larry Reyes Jr., fellow Texan and runner-up Crockett Myers, and Michigan’s Christopher Blackmer.

You can see all of the results for the SX portion of the THOR Mini O’s on the Gatorback Cycle Park website.

Make sure you tune in for tomorrow, Thanksgiving Day, for motos from Gatorback Cycle Park with the Dunlop Motorcycle Tires live stream on www.racerTV.com.