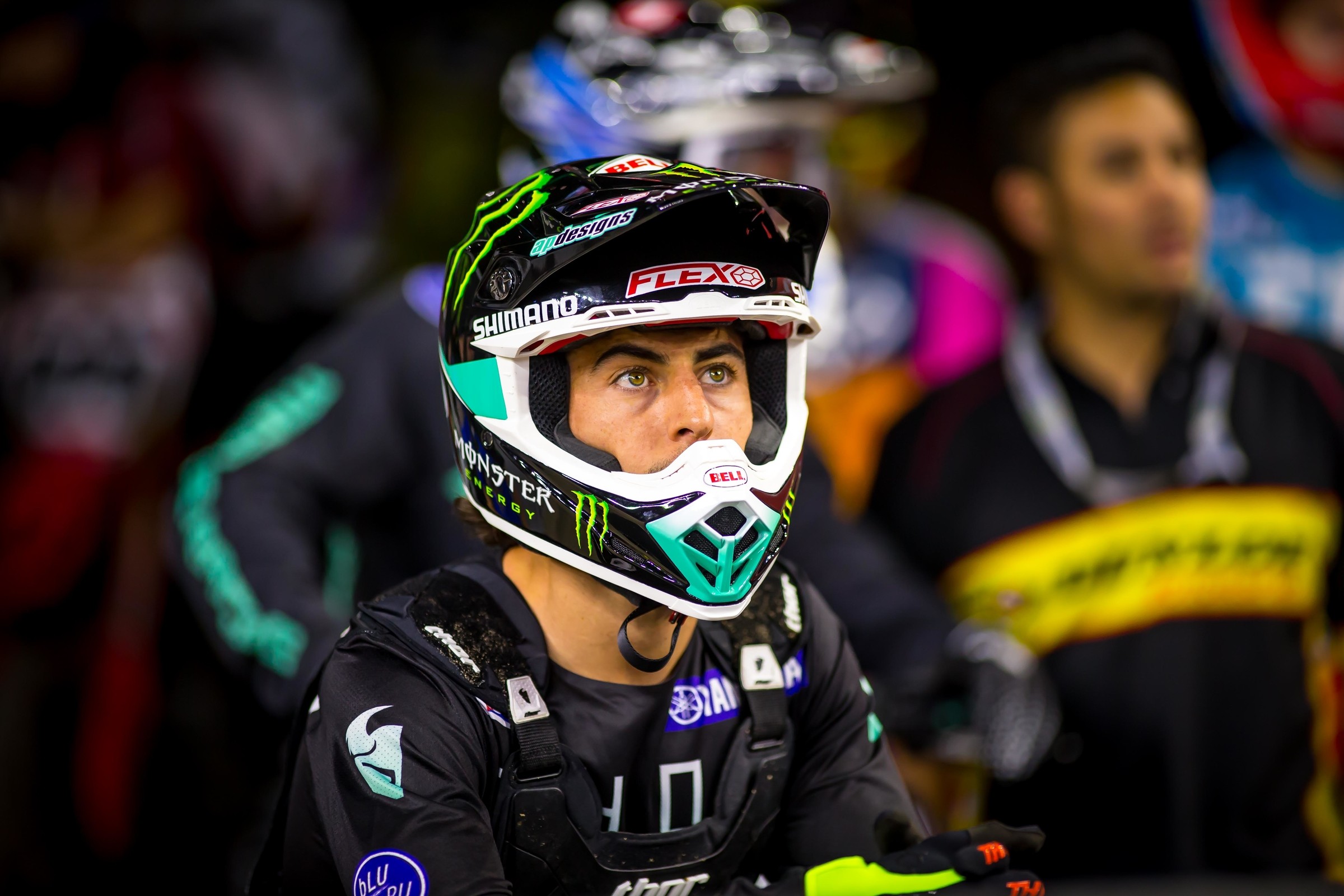 The 2019 Paris Supercross will take place this weekend at Paris La Défense Arena, which will host the event for the third time. For years, the Paris Supercross was really referred to as Bercy, for the town just outside of the city that hosted the event. Then the race moved to Lille, about 90 minutes away. Then a new stadium inside Paris itself welcomed racing back to the city of lights. Paris is, without a doubt, the granddaddy of them all when it comes to the big money, bright lights, big show of off-season international supercross events.

First, the pre-entry list was released the last week of October but we’re going to take a look at some highlights and updates from it.

Unfortunately, news broke on Monday that Zach Osborne would not be racing this year’s event due to kidney stones. We texted with Osborne about this issue and asked if he really just needed more time to recover after all the time spent prepping for the 2019 Monster Energy FIM Motocross of Nations, but he confirmed that it was not, and he's actually felt great lately, until the kidney stone issue. Looks like the next time we will see Zacho behind the gates will be at Anaheim 1.

Still unable to ride after suffering a knee injury at the final round of the Lucas Oil AMA Pro Motocross Championship in August, Marvin won’t be able to race in front of his people. Jason Weigandt caught up to Marv on an episode of the Exhaust Podcast after the 2020 KTM team intro to check in for an update on his knee injury, his continuing work with Aldon Baker, and more. Make sure to give it a listen.

What to Watch For

Justin Hill is on the entry list for this weekend’s race, which means we’ll get our first glimpse of Hill as a member of the SmarTop/Bullfrog Spas/MotoConcepts Honda team. Hill, whose deal with the team was announced mid-October, will make his second appearance at the event. He finished seventh overall at last year’s race in a late-entry.

Justin Barcia is a veteran of this event, and he’s enjoyed the best of times and the worst of times in Paris. Sometimes he wins, other times he gets into Bam Bam battles with French riders and then gets booed, and other times he’s a hero. Lately, the crowd seems to be back on his side. Barcia struggled a bit at Monster Energy Cup, we’ll see if he’s made gains since then. If so, expect him to contend for the win.

Joey Savatgy, who has yet to announce a deal for the 2020 Monster Energy AMA Supercross Championship, will make his Paris SX debut this weekend. Although busy with his new family, Savatgy has committed to several overseas races this off-season but due to this Instagram post claiming he is training in Egypt, with riding clips shot with a black and white filter, we can’t confirm which bike he will racing. [But a Suzuki is most likely.]

Ferrandis debuted on a 450 at last year’s event—and managed to finish second overall on the weekend. The current 250SX West Champion will once again will be in the premier class. This time, he’s got more seat time on the big bike.

“Last year Dylan had only a few days on the 450 before he came to Paris but this year we have approached it more specifically,” explained his coach David Vuillemin, himself a four-time winner in Paris, in a recent press release. “Since he was back riding from a short break he has trained mainly on the 450 ... and the goal is to win in Paris. For sure it will be tough but he can do it.”

Check out “Le Duel” between Ferrandis and Jason Anderson from last year’s event.

Chad Reed is gonna rake in the frequent flier miles this off-season, and probably some good cash, too, by racing Paris and then heading Down Under to race the Monster Energy SX Open in Auckland, New Zealand, and then the Aus-X Open in Melbourne, Australia. Reed was a late invite to this event last year but he wasn’t able to make it because his bikes were already crated up down in Australia. This year he’s got an America/Europe/New Zealand/Australia plan. To no one’s surprise, Chad is a former winner of this event (2007 King of Bercy). One thing is certain: the crowd is gonna’ go nuts for Chad!

For most riders, events like this are enjoyable weekends of off-season racing with good pay. For Jeremy Martin, while he’s not attacking this race like he would an AMA Championship, it gives him an opportunity to get another look at how he fairs against his competitors as he wraps up his last bit of training before 2020. Martin missed all of the 2019 season with a back injust until jumping back into the game at the Monster Energy Cup a few weeks back. Although he is still expected to race 250SX in 2020, Martin will be on the 450 (as he was at the Monster Energy Cup) in the SX1 class.

Highlighting the SX2 class will be returning champion Jace Owen, Mitchell Harrison, and Darian Sanayei. Harrison double-dipped in the 250SX West Region and the MX2 class of the FIM Motocross World Championship but the American has signed with Bud Racing Kawasaki to race the MX2 class in Europe for 2020. Sanayei is putting together his own deal to race this race but will have a deal with the Bike It DRT (Dixon Racing Team) to race the MXGP class and the Monster Energy AMA Supercross Championship as well—at least he hopes.

Why do they call this event 200% show? Because it’s 100% racing and 100% freestyle all combined into one event. The FMX show will include recent X Games winner David Rinaldo, Australian Jarryd Mcneil, Japanese Genki Watanabe, Spaniards Rocky Florensa and Antonio Navas and France's own Nicolas Texier. The event is scheduled for Saturday night and Sunday afternoon. For more information on the Paris Supercross, visit www.supercrossparis.com.