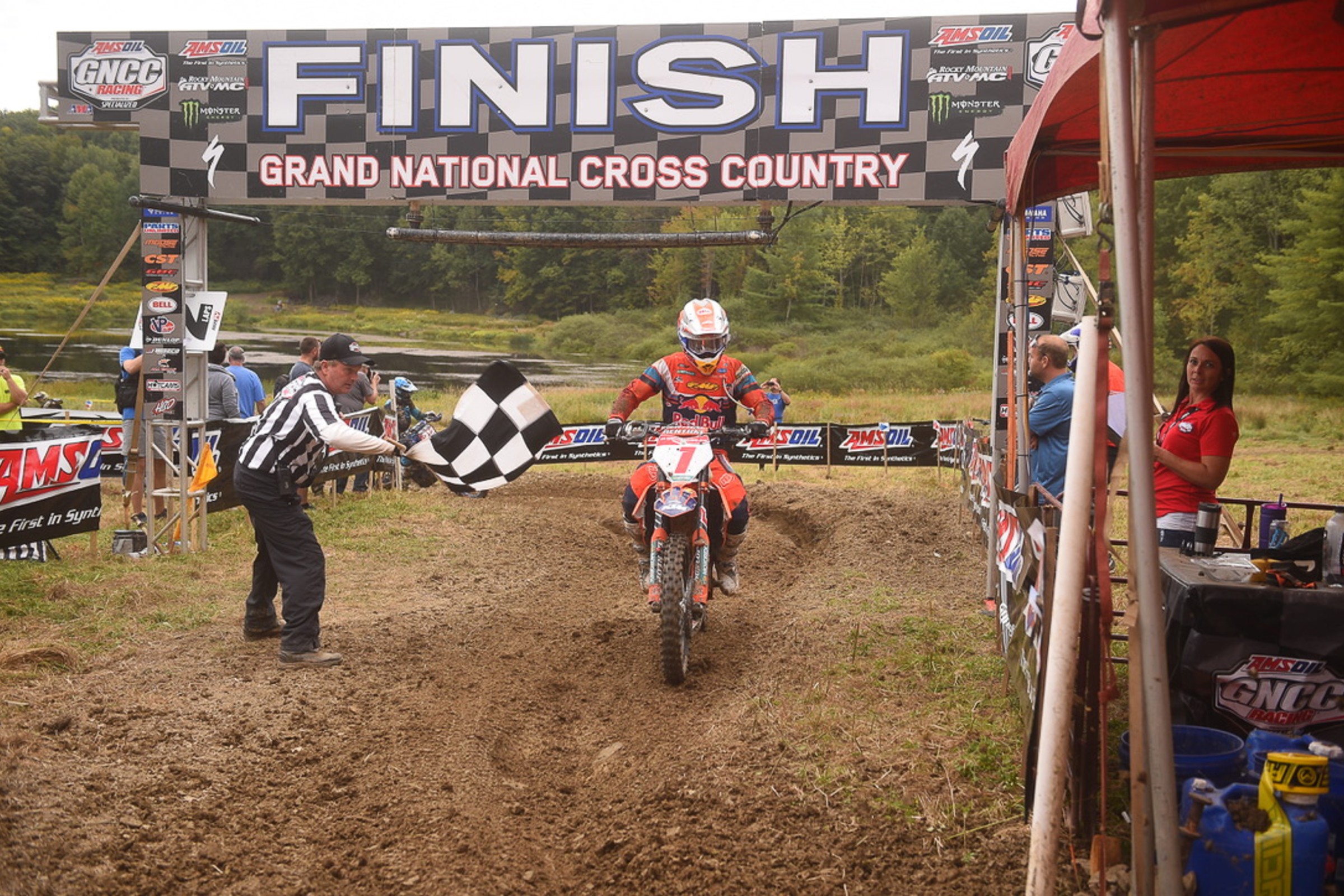 Over the years, Kailub Russell has built quite the impressive pro racing resume. The seven-time Grand National Cross Country (GNCC) Series National Champion won his first GNCC National Championship in 2013 and hasn’t given it up since then. In 2015, Russell was crowned both the GNCC and the Kenda AMA National Enduro Series Champion, becoming the first rider to win both titles in the same season (only one other rider, Charlie Mullins, has even won both titles, albeit in different seasons).

Russell suffered a crash during practice leading into the Mountaineer GNCC that reaggravated his shoulder that he injured last year and he retired from the 12th round early, having clinched the title with Thad Duvall unable to compete due to a knee injury. With the 2019 FIM International Six Days Enduro approaching soon (on November 11-16), Russell decided to sit out the season finale Ironman GNCC. Here are his career overall wins to date.