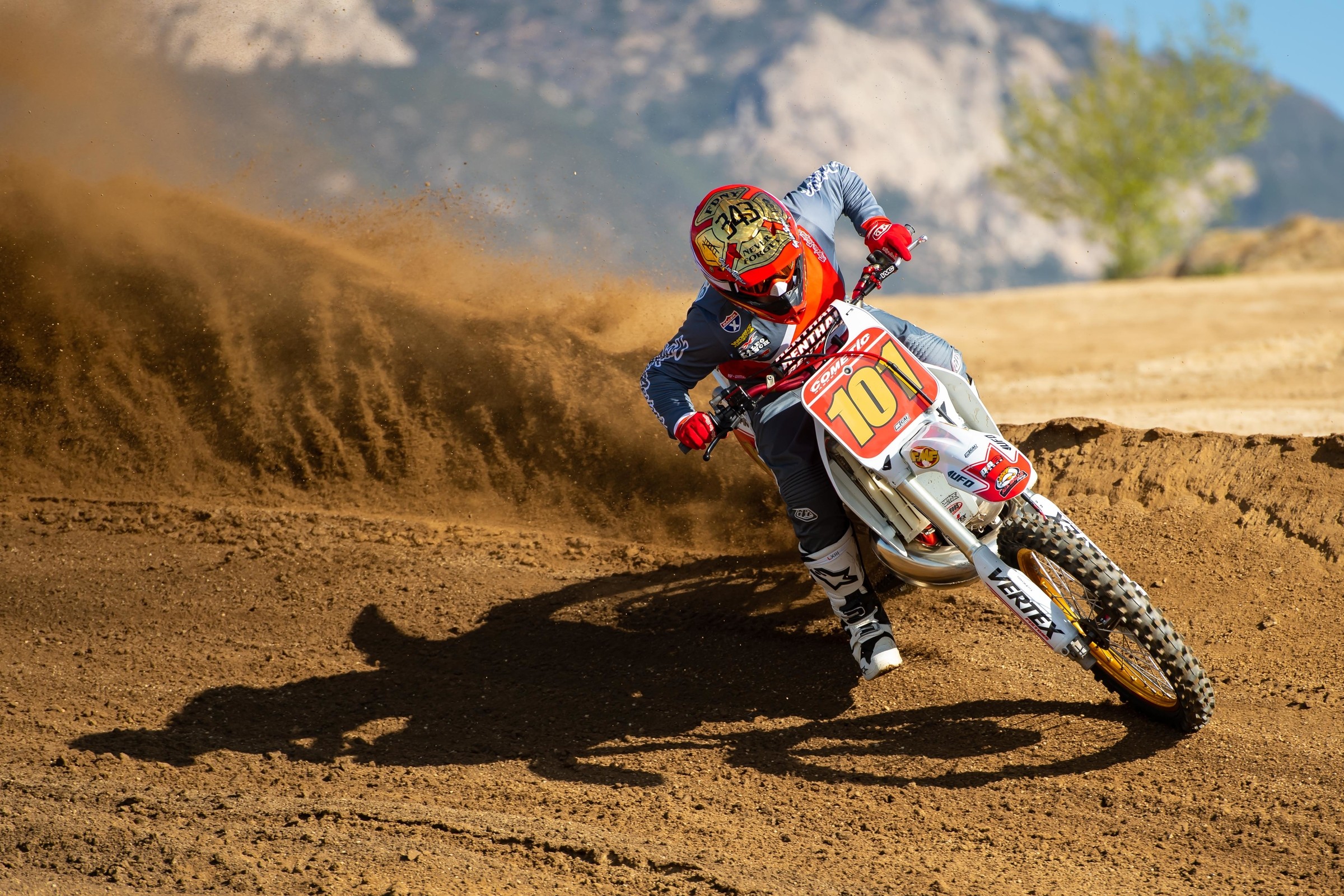 Second time commenter here, so I will forego the usual praise and groveling that newbies usually try to get your attention with.

Thanks for your guidance,
Sag Curious in Kansas City AKA Kevin Decker #191

Thanks for watching. These are good questions, so let’s clear it up for you.

My question is kind of a spin off from your answered question about amateur motocross. Your comment about losing reality in my opinion is spot on. This leads me to my question. Where are the parents in all of this? In 2000, I watched Bobby Bonds destroy everybody on the local level at both GFI and CMC races on an FMF Honda. He was amazing. At the time I was 17 years old and doing pretty well as an intermediate. However, I looked at Bonds, a year or two younger than me at that time and thought, "am I ever going to be that good"?  The answer was no. I didn't give up on my dream just because I saw how fast Bobby was, I was just realistic enough to understand that he had speed most of us never will, and Saturday night was going to have 19 other guys just as fast at every supercross. I began trade school a year after that in a career I'm still involved with today. I raced every weekend, rode on the nights I didn't have school and worked full time.

My point is, somebody has to give the kids a reality check that plan B is more than likely going to become plan A for 90 percent of them. The parents should be the ones doing this. I realize guys like Jeremy McGrath and Ryan Dungey are out there, not blowing the doors off everybody as an amateur, but ending their pro career as one of the best to ever throw a foot over a bike. How many Jeremy McGraths or Ryan Dungeys can we count over the years? I understand the kids giving it a go on these amateur teams trying to make it to the big time. At what point though do the guys who aren't going to make it or never were going to make it given a heart to heart from dad or mom saying Jr., we need to go in a different direction and start thinking about the rest of your life? As a teenager or someone in their early 20s , racing motocross, that's not exactly what you want to hear, but parents are supposed to be the voice of reason and it seems like sometimes the loss of reality you speak of allows the parents to spend all of their money and head down a dead end road well into the riders mid-20s. Just my opinion.
J

The problem in most of these cases is that the parents aren’t doing their job. Some dads are living vicariously through their kid, others simply aren’t willing to let go of the dream, and other still lack the discipline to face facts and have that tough conversation with little Johnny. Motocross is an awesome family sport and there are countless life lessons that can be learned from it. I always tell friends with kids who race to enjoy spending time together doing something you love. If they reach a point where they are competitive nationally, ratchet up the intensity a bit, but continue to make education a priority; a high school diploma is the lowest common denominator in education but it could be the difference in finding a good job post-racing, or dropping fries into hot oil for the rest of your life.

If they make it to the professional circuit, my suggestion is to give a solid effort for two or three years without accumulating a boatload of debt. If you don’t have teams talking to you for a ride, it’s time to let the dream go and focus on a new career. You can always ride and race locally once you get your new career started, but you have to know when to make that direction change and be willing to commit to it. We say this often, but the odds of making a good living racing dirt bikes is almost as slim as Benny Bloss getting a job as a horse jockey. Honestly, you’d be better off betting the family fortune on one hand of Blackjack in a seedy casino in old Las Vegas. At least there once you’ve lost all your money, they’ll likely comp you a room and bring you cocktails until you’re good and drunk. And, unless you hurl yourself from the balcony onto the hooker/drug dealer-littered streets, you’ll spend less time and money in hospitals. There are probably 20 guys still lining up in the weekends at the races right now and it takes all of my will power not to run down the line screaming, “IT’S NOT GONNA HAPPEN! PICK A NEW CAREER BEFORE YOU’RE TOO OLD!!”

That seems a bit much though, so I’ll just hope they sort it out before it’s too late.

Once again, as I watch some of the families participating at Loretta Lynn's and other series with amateurs, I can't help but think of how much each of them must spend on little Johnnie's engine to make sure he's competitive with the factory-supported riders. Costs have gotten out of control to be competitive. The engine has always been the most expensive part on a bike to maintain, and now that four-strokes have replaced the less expensive two-strokes, why can't there be some rule changes to keep those costs down so more families or would-be pros can afford to race without mortgaging the house? Back in my day in the ‘70s & ‘80s, bikes were cheap to buy and cheap to maintain, so everybody got into racing.  Now, not so much. The threshold for entry into MX has gotten prohibitive and so the potential talent pool has gotten smaller than before.

I've been racing cars lately, and we have many classes which are "Spec" classes, not just to keep costs down, but to also eliminate those who want to "buy" wins with a modified engine with more HP than everyone else. Those engines are sealed from the builder and they are limited to the amount of HP they can make. In return, they are more reliable, cheaper to maintain, and everybody has a level playing field. Driving talent and set-up become more important than shear HP because the last guy on the grid has a theoretical fighting chance with the guy on the pole.

Why can't the AMA adopt some of those same concepts for professional and amateur motocross classes as well? Mandate that engines must be sealed and spec'd to limit HP to what was built from the manufacturer. Everyone gets to run the same engine as the factory pros do, and the pros get to run the same engine as the rookies do. Mandate that the three podium bikes be run on a dyno immediately after a race to check HP limits. It's done all the time with cars immediately after a race, why can't the bikes?

The fast guys will still be fast and running up front, but at least the costs can be controlled for those who aren't wealthy enough or have the support from the manufacturer for a factory engine, which is the majority of the guys on the starting line.
Bob Evans

Unless there has been a major overhaul that I’m not aware of, there are “Spec” classes at almost all amateur nationals called “Stock” classes. At Loretta’s you can’t even change the seat cover, suspension, or footpegs, let alone engine mods. This was all done to keep the playing field level. It’s ridiculous that in the mod classes there are factory GEICO Honda; Monster Energy/Pro Circuit Kawasaki; Troy Lee Designs/Red Bull KTM; Monster Energy/Star Racing Yamaha riders with engines pretty close to what the pro teams run, but that’s what competition does among teams.

I don’t think you’ll ever get a spec class at the highest level of professional racing, and that’s okay. Again, the competition to build a better bike at that level is what drives innovation and progress with the manufacturers. The 125 All Stars racing has been really fun this year, and I’d expect that series to continue. Whether you are a local intermediate/expert, a former pro, or one of the amateur prospects riding for a top team, these events are great. You get to race on a national track and get an experience that most folks never will. You can also be competitive at an affordable cost. This is another great way to keep costs down at a local level if track owners will start adding 125 classes. The 125 All Star race turnout at the Washougal National was huge and I don’t see this trend slowing down anytime soon.