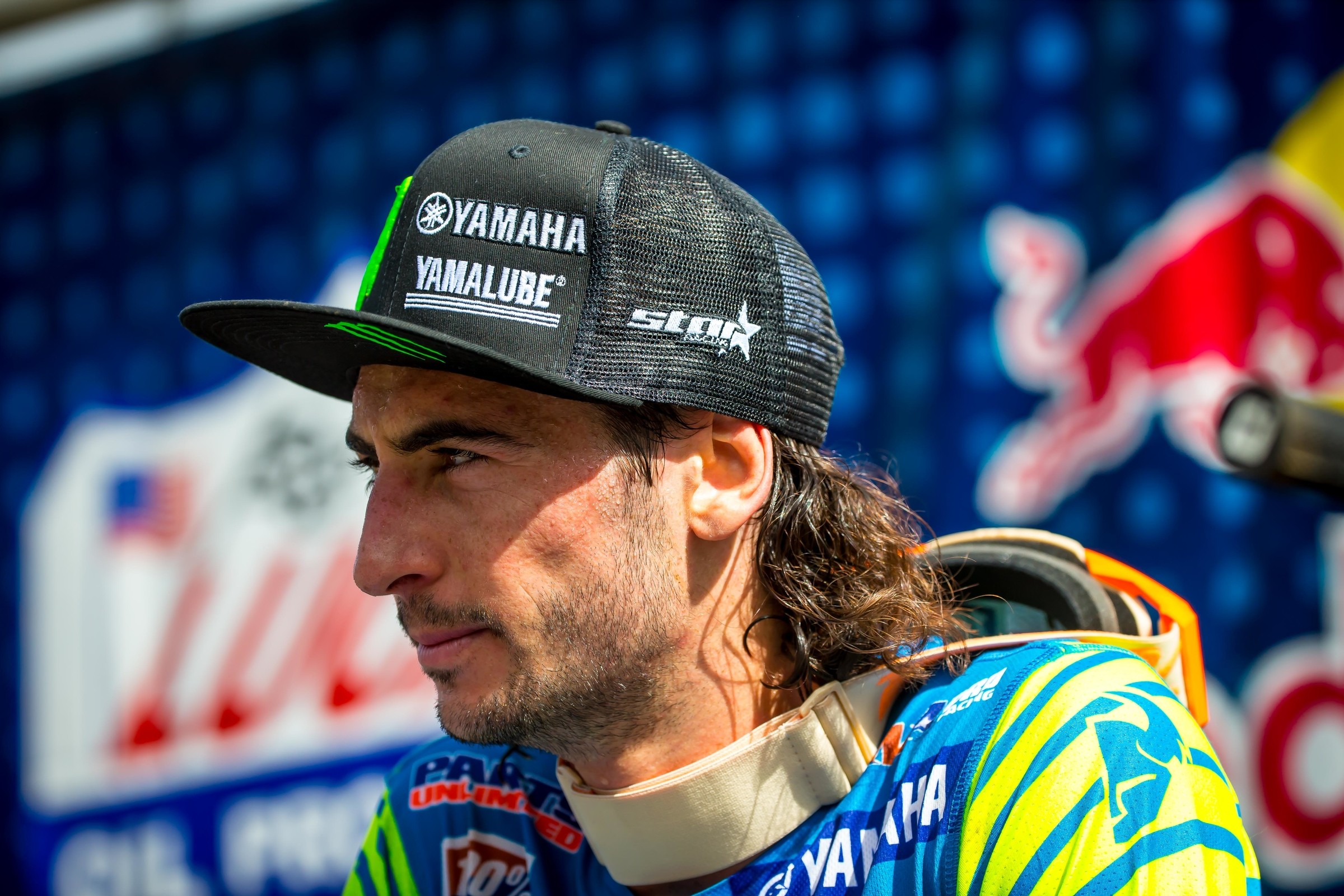 With Eli Tomac wrapping up the title last week at Budds Creek, the pressure is off for the Monster Energy Kawasaki rider heading into the final round of the season. And with no way of keeping their title hopes alive, the pressure is off for everyone else too. So how will that affect the racing at the finale? Will Tomac be his speedy self? Will the mental adjustment of having nothing to lose help other riders pick up the pace and turn heads? We’ll find out when the gate drops at Ironman Raceway.

The title may be out of reach for Marvin Musquin and Ken Roczen, but that doesn’t mean this weekend isn’t important for them. Second in the points is better than third, and right now there isn’t much separating those two positions—Musquin leads Roczen by just five points. Roczen and Musquin have beaten each other plenty of times this summer so it’s anyone’s guess who’ll have the edge this weekend. We’ll find out who the 2019 450 Class runner-up is on Saturday.

Out With a Bang

To say 2019 hasn’t been great for Aaron Plessinger would be like saying the Florida National was a little warm. The Monster Energy Yamaha Factory Racing rider broke his heel in supercross and didn’t even join the Lucas Oil AMA Pro Motocross Championship until Southwick. Since then, well, it’d be fair to say things have been a struggle. In fact, Plessinger couldn’t even race the first moto at Washougal due to a mechanical issue. The good news for Plessinger is he’s awesome at Ironman—it’s his hometown race and he went 1-1 there last year. He also had his best weekend of the summer last week at Budds Creek. Don’t be surprised if AP puts in his best ride of the year this weekend.

With a 30-point lead Adam Cianciarulo is looking good to wrap up the 250 Class championship this weekend. Of course, anything can happen in racing, and if Cianciarulo has a bad outing it could hand the title over to Dylan Ferrandis. It’d have to be pretty bad though, and it’d have to happen in both motos. As long as Cianciarulo scores a combined twenty points on the day the title is his, even if Ferrandis wins both motos. In other words, getting 21 total points, which Cianciarulo can do on bald tires and without goggles, would be enough to get the job done. If he wants to wrap it up early, a third place or better in the first moto is enough to seal the deal no matter what. Read more on the championship math here.

With such a huge points gap between himself and Cianciarulo, Ferrandis needs something drastic to happen to Cianciarulo in order to get his hands on the 250 Class championship. Could that lead to some rough riding this weekend? It’s always possible, although the two haven’t exactly been getting overly rowdy with each other lately. Yes, Ferrandis did put that little block pass on Cianciarulo last week, but afterward even Cianciarulo said it wasn’t a dirty move. But with just a single round remaining you never know how things might play out. Will Ferrandis play nice again if he’s presented with another opportunity to knock Cianciarulo down, or will desperation take over?

Does anyone have any idea who’s been wearing Shane McElrath’s gear and riding his bike this season? Whoever it was only managed to break into the top five in three motos, and was even struggling to put it in the top ten at times. The Troy Lee Designs/Red Bull KTM team must have caught the imposter, because the real McElrath showed up last week at Budds Creek and scored a perfect 1-1, which happens to be the best performance of his entire career. He’s obviously got something figured out. Will he keep it rolling and get another win at the finale?

A quick glance at the 250 points reveals some pretty close battles, with the struggle for sixth between Chase Sexton and Alex Martin being the tightest. The two are separated by just a single point! Sure, the fight for sixth isn’t something that normally gets much attention, but these things tend to hold more weight at the end of the season. Everyone wants to finish as high as possible, and if there’s a chance to move up the chain, every single racer will take it. Will it be Sexton or Martin who ends up with the spot?

Speaking of tight points battles, there’s another pretty close one between Michael Mosiman and McElrath for eighth. With 260 points, McElrath leads Mosiman by a mere two points, and you know neither of them want to end up behind the other, in the motos and the final standings. This battle could get even more interesting if Hunter Lawrence has a good day. With 252 points, Hunter Lawrence is easily within striking distance of Mosiman and McElrath, and if things go his way he could jump up a couple of spots this weekend.

If you’re looking at RJ Hampshire’s results on paper you might be fooled into thinking he’s not as good as he is. His average moto finish is eighth place and he trails the 250 Class points leader by an astounding 169 points. He’s better than that, but has also had a bit of a black cloud following him around this season. It wasn’t any different at Budds Creek either. After a strong third in the first moto Hampshire went down in a first-turn crash and had to battle his way back up to eighth. Just like that, what could have been a podium day turned into fifth overall. We’ll see if Hampshire can shake his luck and put it on the box at Ironman Raceway.

Did you know the AMA keeps track of manufacturer points? They do! The points from a brand’s top finishing rider are tallied each weekend and it can be pretty fun to watch, especially right now in the 450 Class. With 478 points, KTM leads Kawasaki by just one point. If Musquin (or any other KTM rider) can best Tomac in points this weekend, KTM will win the manufacturer title, but if Tomac is on the gas again at the finale he’ll help Kawasaki earn yet another accolade.